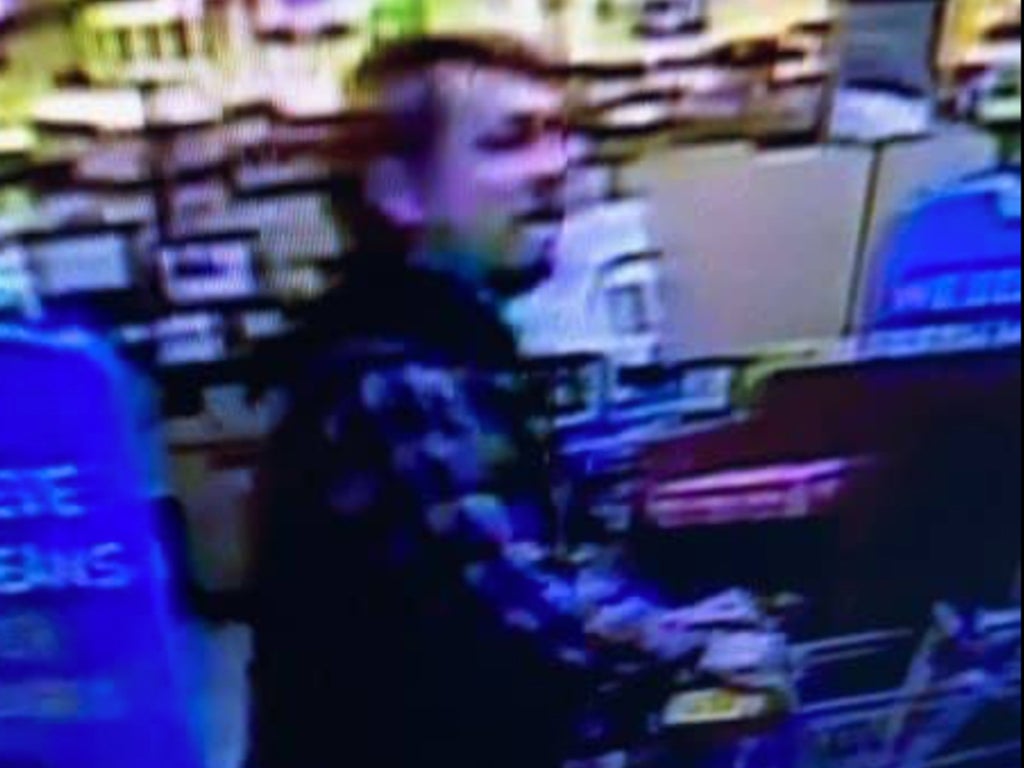 Fred Meyer shooting: Worker critical and one dead in Washington

New details continue to emerge about the man suspected of carrying out a deadly rampage at a Fred Meyer supermarket in Washington state.

Aaron Christopher Kelly, 39, was arrested early Tuesday following an hours-long manhunt after he allegedly shot two people, one fatally, at the store in Richland on Monday morning.

He is currently being held at the Benton County Jail on charges of first-degree murder and attempted murder. His bond from him was set at $1m.

Court records revealed that Mr Kelly, who officials said was previously known to law enforcement, was the target of a requested protection order in 2020.

The man who filed the order allegedly penned a since-deleted Facebook post after the shooting claiming Mr Kelly, who was his tenant, waged a harassment campaign against the landlord.

Meanwhile tributes have poured in for Justin Krumbah, the 38-year-old Instacart shopper killed in the shooting.

An investigation remains ongoing as the gunman’s motive remains unclear.

Fred Meyer customers and others who know Mark Hill, the second victim of yesterday’s shooting, have rushed to donate to a GoFundMe for his medical expenses – and to share kind words about him.

“Mark is a wonderful guy,” one donor wrote of Mr Hill, who worked at the supermarket where the shooting took place. “He loves his job and is always ready to help anyone in any way that they need.”

“Mark has to be the happiest worker,” another wrote. “I always liked saying hi to Mark as he whistled while he worked. God Bless him. May he recover with smiles.”

Police said on Tuesday that Mr Hill is still in critical condition at a local hospital.

Here’s what Fred Meyer said about the shooting

Fred Meyer has spoken out about the shooting at one of its stores, offering its condolences to the victims’ families and pledging to cooperate with police.

“We are deeply saddened by the incident that occurred at our Fred Meyer store located on 101 Wellsian Way in Richland, WA,” the supermarket chain said in a statement. “The entire Fred Meyer Family offers our thoughts, prayers, and support to all affected individuals and families during this difficult time, and we have initiated counseling services for our associates.”

After yesterday’s shooting at a Fred Meyer store, the supermarket chain has sent snacks and other treats to the police who arrested the suspect.

“The Richland Police Department would like to thank our community for the gifts of support,” the RPD said on Tuesday. “Your kindness in the form of snacks, coffee and meals is truly appreciated. Thank you to our friends at Fred Meyer, Crumbl Cookies and Boar’s Head.”

Everything we know about Kelly’s arrest

Aaron Christopher Kelly, 39, was arrested 150 miles from where the yesterday’s shooting took place. On Tuesday, Richland police admitted they’d somehow missed the suspect as he left the scene of the crime.

See also  Who will run Stockport council this year after the local elections again left it under 'no overall control'?

According to the police, Mr Kelly was “taken into custody without incident.”

Here’s everything we know so far about the arrest:

Aaron Christopher Kelly, the suspect in yesterday’s supermarket shooting, appeared in court earlier this afternoon. He was wearing a green jumpsuit, and said little except to state his name and date of birth. His arraignment of him was postponed to 23 February.

KEPR filmed the appearance, which you can watch here:

The family of the shooting’s second victim, who remains in critical condition, has revealed his name in a GoFundMe for his medical expenses.

“Hello everyone I am starting a gofund me for Mark Hill one of our family members who was shot at Fredmeyer yesterday [sic],” wrote the fundraiser’s organizer, Destiny Underwood. “I want to help mark with his medical bills hoping that he pulls through. Mark Is a big part of our family and he will need our support.”

Mr Hill, 56, was an employee at the Fred Meyer store where the shooting occurred. Donors to the GoFundMe remembered him fondly.

“Whenever I would come into the store to shop Mark would be whistling, doing his job,” wrote one contributor. “It brightened my day many times. Hope and prayers being said for his recovery from him.”

Aaron Christopher Kelly appeared in court at about 5pm on Tuesday, but his arraignment was postponed to 23 February.

Mr Kelly’s bail was set at $1 million, and he remains in custody.

Everything we know about victim Justin Krumbah

The Instacart shopper who was killed in a shooting at a Fred Meyer grocery store has been remembered as a “breath of fresh air” with a “positive, can-do attitude” by his heartbroken customers.

Justin Krumbah, 38, died on Monday after police said he was seen having a heated conversation with suspected gunman Aaron Christopher Kelly inside the supermarket in Richland, Washington.

Here’s everything we know about Mr Krumbah so far:

A GoFundMe for the family of Justin Krumbah, who was killed in yesterday’s supermarket shooting, has now surpassed his goal for more than $1,000.

The page’s organizer, a friend of Mr Krumbah’s sister, says the funds will go toward the family’s funeral expenses.

Richland, Washington shooting: Everything we know so far

Community leaders and police have described the shooting at a supermarket in southeast Washington State as “senseless and tragic.”

Suspected gunman Aaron Christopher Kelly, 39, was arrested early Tuesday about 150 miles away from the Fred Meyer store in Richland where he allegedly shot two people, killing one and wounding another, on Monday morning.

Here’s everything we know so far about what happened: