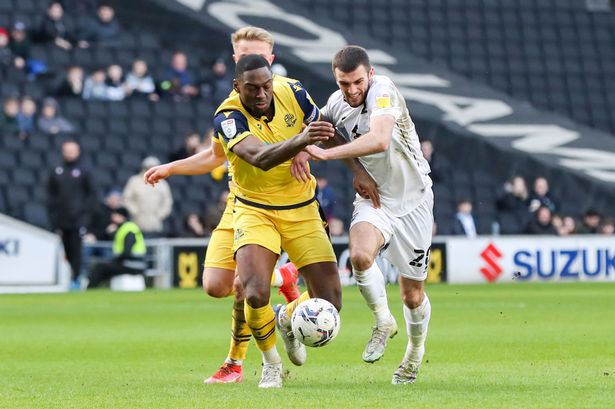 Bolton skipper Ricardo Santos is purely focused on the rest of the League One campaign and it putting any thoughts about his future on the back burner but is happy at Wanderers.

The 26-year-old has been a standout player for Wanderers in Evatt’s time as manager, playing every single game of the club’s promotion campaign out of League Two last season.

He has again impressed this campaign and was installed as Bolton captain following the departure of Antoni Sarcevic in October to Stockport County.

Santos signed a contract extension last year which has tied the defender down to Wanderers until the summer of 2023.

Ian Evatt has confirmed Wanderers have started to speak to Santos and his representatives over extending his time at the University of Bolton Stadium even further.

Santos says that he does not want to rush into making any decisions right now, though, and is purely focused on the remainder of the season, but that he is happy at Wanderers.

He said: “He (Evatt) pulled me to one side and says he wants me to stay.

“At the moment I am focusing on this season. I have still got a year left and I don’t want to rush into anything. This is where I am at the moment and I am happy to be here.

“I am only worried about the games we have got coming up.”

Santos recently became a father for the second time as his new son Caio was born last week, who is keeping him up a bit at night due to being a new arrival as well as being a dad to another three-year-old boy.

The defender was back in action over the weekend in the 2-0 loss on the road to MK Dons after missing the midweek victory over Lincoln City.

And with 11 games left to go this season, the Bolton captain believes Wanderers cannot get too down with the loss and can still reach the play-offs, as he is looking forward to a week of training to work on their new shape after a gruelling Saturday-Tuesday fixture list throughout February.

He said: “We can’t get too down. There are 11 games to go and we feel like we can get wins from the teams we are playing against. We can still get there.

“We are all disappointed. It felt like even though they got the first goal, we went in the changing rooms, changed it up, and came out better in the second half. I think we could have got something from the game.

“I think lacked a little bit of intensity and on another day it might have been different.

“There are a lot of negative things in the game but I think we can be positive about the way we came out for the second half. We look fit and we don’t stop for 90 minutes.

“I wouldn’t say angry, just disappointed. They are a good side and they are where they are for a good reason. But I still think we could have got something from the game in that second half. They were looking tired and that is normally where we kick on.

“Maybe we lacked a bit of creativity, going forward. They were working off scraps. But we’ll regroup.

“We haven’t really worked on the shape we are playing now. It means we can rest a bit and get some work on the training ground.

“We haven’t had a lot of time to work things on the training ground. When we played Ipswich and started the run we hadn’t really worked on much, the gaffer just changed the formation.

“We need to take advantage of the time we have now, work on a few things, then go again.”