Skip to content
Home News Reyes Maroto, after the agreement to call off the strike in Cádiz: “Everyone wins” | Hour 25 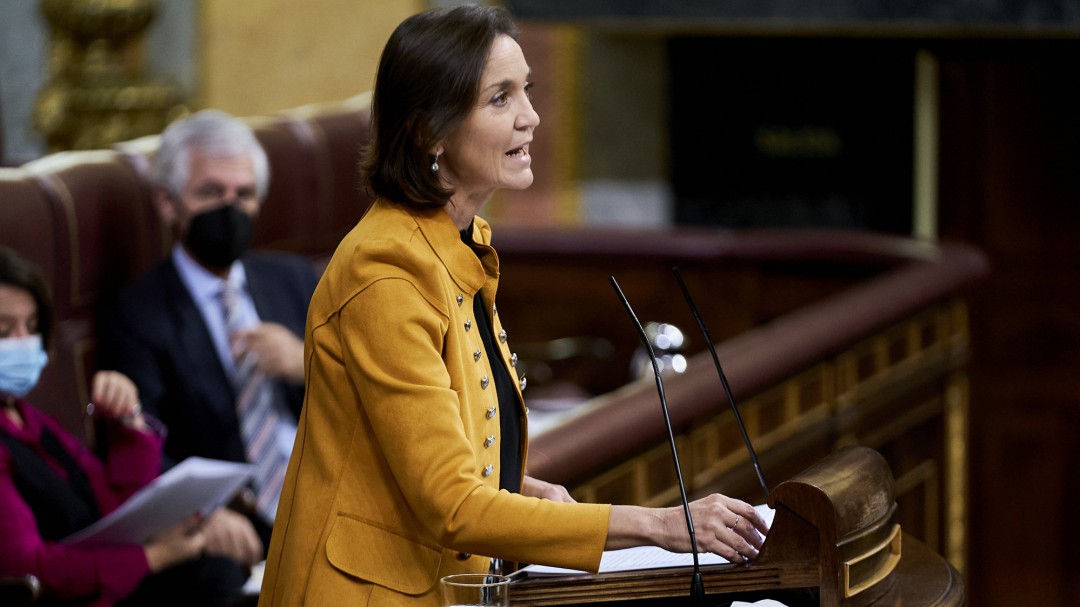 On the ninth day of the strike, the preliminary agreement between the employer’s association and the metal workers in Cádiz has finally arrived. The negotiating delegations have initialed in Seville, after a 12-hour meeting (with a break in the afternoon), an agreement that involves an extension of the agreements for three years, that is, job security during that three-year period, and a rise in the salary of the 2% per year that will be revised in 2024.

The terms of the agreement contemplate a salary revaluation of 2% per year until 2024 and a guarantee that workers will not lose purchasing power with a formula that contemplates that they will already receive 80% of what prices become more expensive above that 2% and the remaining 20% ​​will be recovered in 2024, with a payment that each worker would collect. With this formula, workers and employers sign a wage guarantee and The two parties sign the extension of the collective agreements for the next 3 years, which guarantees job stability in the next triennium.

The Minister of Industry, Commerce and Tourism of the Government of Spain, Reyes Maroto, has been interviewed by Aimar Bretos in ‘Hora 25’ and has positively valued the agreement: “Everyone wins. Workers and employers, “he said. This was the interview:

We have been working in silence for a few days to make this a reality. I am happy and relieved, but this does not end there. The Cádiz issue is important and we have to work so that there are opportunities for the future.

I value it very positively. we need this job stability to build future opportunities. We have strengthened the industrial capacities at Airbus, Navantia … This encourages us to continue working in an ecosystem with many opportunities.

At Airbus the agreement we have managed to keep all the jobs and it has been a difficult agreement. The terms we met were job loss and I can assure you that not a job has been lost.

The most important thing is to have a stable employment relationship and not lose purchasing power. They are fair requests. We have had to find a balance between the demands. For us, employment is one of the main projects and we have to work so that this reaches all families.

The proposals that were there were very far from what had been chosen. The businessmen put up a proposal that was below. The negotiation has found a consensus. The important thing is that an agreement has been reached. The right to strike is a constitutional right. When they go out, it is for a purpose and it is always fair. This is the good news. Starting tomorrow we will focus on what is important, which is to ensure that the future of the bay is guaranteed.

I have been in the quietest part. We have been working for days to get all the interlocutors to sit down. in the field of security, it is the Minister of the Interior who has to make an assessment. No one doubts that the security forces do their job so that there is security and everything runs in public order.

There has been a debate more of form than substance. The tank helped mobility and objects on public roads that were difficult to remove. There has been more debate in form than substance. The demands have been peaceful. There have been some altercations and the fact that there is an agreement shows that there was everyone’s responsibility for this to unfold.

My role has been the dialogue with all the actors.