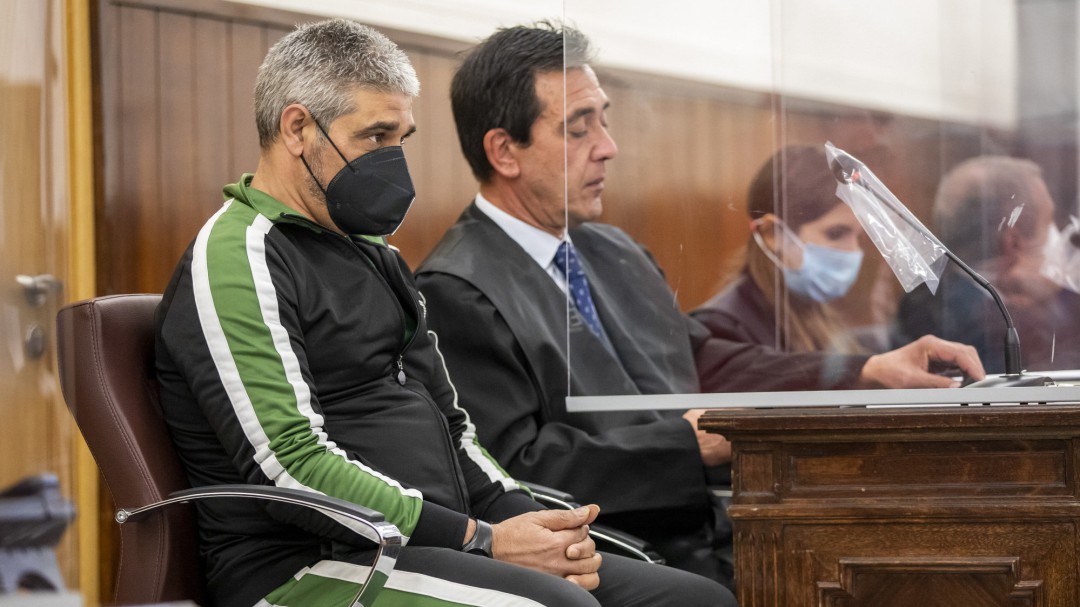 The Court of Huelva has condemned, after the guilty verdict issued by a popular jury, to the permanent prison sentence that can be reviewed for Bernardo Montoya, the man accused of sexually assaulting and murdering the teacher in El Campillo (Huelva) in December 2018 26-year-old from Zamora, Laura Luelmo.

In addition, it imposes 17 and a half years in prison for a crime of illegal detention in ideal competition with the crime of sexual assault with the aggravated gender, as well as in terms of civil liability, the accused will have to compensate with a total of 400,000 euros to the parents and siblings of the victim.

The Hearing recalls that, in its verdict, the jury declared it proven that the events occurred around 5:30 p.m. on December 12, 2018, when the young woman returned from shopping in a supermarket and was approached by the convicted person, who lived opposite her in a house in the town of El Campillo.

In the sentence notified this Friday to the parties in the case, the Hearing condemns the accused to a permanent prison sentence that can be reviewed for a crime of murder with the aggravating circumstance of recidivism (since he was convicted by a final judgment of December 31, 1997 of the High Court of Huelva for crimes of trespassing, obstruction of justice and murder) and also imposes 17 and a half years in prison.

Regarding the latter, the Court considers that “it is clear that the illegal detention of the victim constituted a means for the subsequent sexual assault”, so that “we are faced with a medial or instrumental contest, in which the confinement” of the victim in the house of the accused “it was the means used to be able to carry out the attack next, and it has no meaning or purpose without it.”

Likewise, and by way of civil liability, the accused will have to compensate a total of 400,000 euros to the parents and siblings of the victim. At this point, the magistrate-president of the jury trial concludes that it is not appropriate to compensate the boyfriend of the deceased, since “there is no evidence that the party requesting it, a private prosecution, formally holds its procedural representation” and, furthermore, “does not it is clear that a stable relationship existed, with coexistence analogous to that of marriage “.

According to the sentence, the accused brought her “by force” into her home “with the intention of sexually assaulting her”, so that, once inside the house, the convicted person closed the door, “preventing” the victim from leaving the house. housing and that he be given help, beginning at that moment to give him “strong” blows.

These blows were produced by punching and also using a blunt, blunt object, as the sentence continues, which adds that, “taking advantage of the young woman’s bewilderment and defenselessness, the accused” tied her hands behind her back and he covered her mouth with adhesive tape, “transferring her to one of the bedrooms of the building,” where he sexually assaulted her. “

Subsequently, “with the aim of ending the life” of the victim and “to prevent the commission of the facts from being known,” the defendant struck him a “strong” blow with a blunt object, after which, at around 6:00 p.m., 42 hours, and “being still alive”, the condemned man wrapped her in a blanket and put it in the trunk of his car, where he also put a bag with the woman’s mobile phone and other personal belongings.

The accused, once in the vehicle, made a tour of the municipalities of Minas de Riotinto, Nerva and El Campillo, finally going to a specific place where, between 7:44 p.m. and 8:42 p.m., he left the body of the deceased with her hands tied behind her back, as well as the rest of the objects with the exception of the mobile phone, in a rugged area with difficult access, all “with the intention that her body was not found and without communicating the whereabouts of the same until his arrest “.

The aggravating factor of gender

The young woman died at approximately 8.15 p.m. on December 13, 2018, her body being found on December 17 of that year in the same place where it was left by the accused.

The sentence considers that, by causing the young woman the wounds that finally caused her death, the condemned man “used his superior physical strength and extreme violence”, since he “locked and gagged her” so that “he could not ask for help. “and tied her hands behind her back,” thereby managing to commit these acts in a way that effectively prevented any defensive reaction “from the deceased.

Likewise, the sentence also states that the accused subjected the young woman to “unnecessary suffering and suffering more intense than that required to cause her death,” while, by sexually assaulting her, “he used violence to achieve her total submission to the satisfaction of sexual desire, incurring in a particularly degrading behavior for women, of objectification and domination, which corresponds to their own concept of gender roles “.

On the other hand, the sentence recalls that Bernardo Montoya said that he transferred the body of the young woman with a third person. However, the sentence makes it clear that this version “lacks any credibility”, emphasizing the “lack of reality of these circumstances” that the accused narrated and that “the jury does not assume.”

Therefore, the lack of collaboration of the defendant to provide elements of judgment that could counterbalance the examination and logical interpretation, in accordance with reason and common sense, “even in the exercise of the right not to testify”, can be “valued against him, as taught by both European and national jurisprudence “.

In addition, in all these trips that Montoya made, Luelmo’s phone verifies that it was in his car, which means “a reliable report” both geographically and chronologically. Likewise, the defense theory regarding Bernardo’s sexual capacity is dismantled and they highlight in the sentence that “there is also medical evidence that he did not suffer in December 2018 any pathology that prevented him from having sexual relations”, since they indicate that this was not an impediment to the occurrence of sexual assault.

Likewise, as stated in the sentence, there is “direct and sufficient” evidence that Bernardo, instead of revealing to the authorities or in any other way the whereabouts of the young woman after having abandoned her in Las Mimbreras, “remained in a merely passive attitude , not carrying out any act to determine his whereabouts, “indeed,” he even denied having seen Luelmo prior to his disappearance, “as Civil Guard agents declared at the trial.

In addition, as the forensic reports, “the deployment of violence” is credited from the moment the young woman was locked up in her home.

The murder of this teacher shocked the country as there were massive concentrations of rejection and the races that were called in memory of the young woman, who was wearing sportswear at the time of her disappearance on December 12, 2018.

For its part, the teacher’s family has always asked for the greatest respect and privacy to face this tragic event and in fact the trial was behind closed doors, as requested by her lawyer. The private prosecution, as well as the Public Prosecutor’s Office and the popular prosecution, -which exercises the Junta de Andalucía-, agreed in requesting the permanent reviewable prison for Montoya. Montoya’s defense announced already in its day that it would appeal the sentence to the Superior Court of Justice of Andalusia (TSJA) since it already understood at that time that it would be unfavorable for its client.