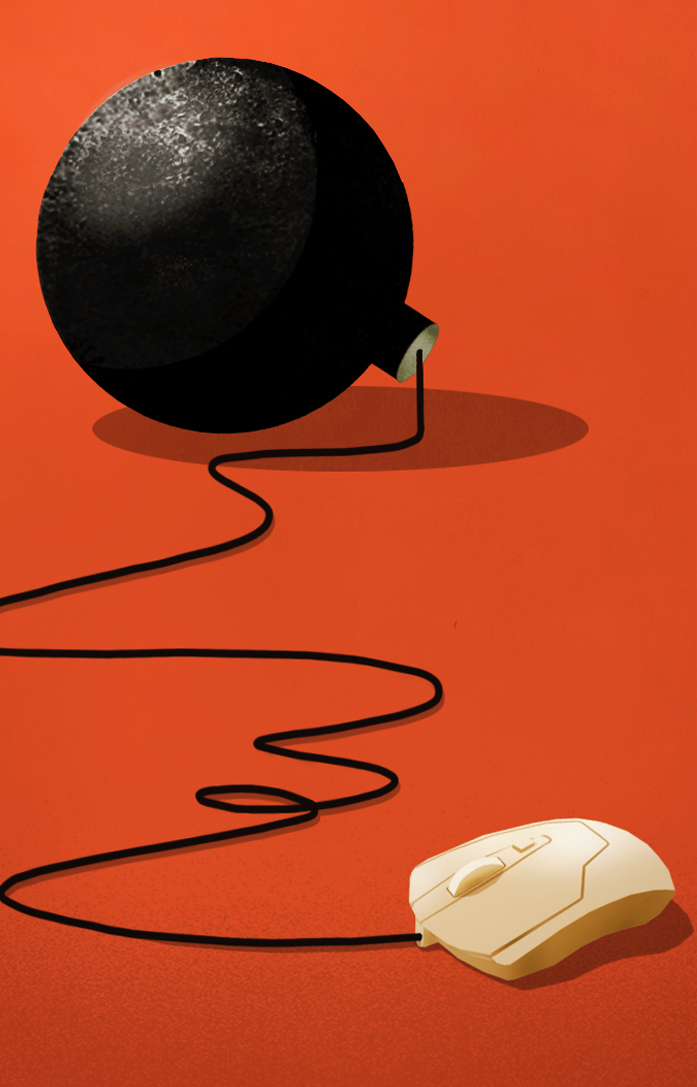 Both Max Weber and Ortega y Gasset demanded the application of common sense to the exercise of politics, even though it is the least common of the senses. The German also described the qualities that should adorn power professionals or those aspiring to occupy it: passion and restraint. In world politics —let alone in our own— we are experiencing today the triumph of passions and the domination of the absurd. To the point that not even Valle-Inclán would have imagined a grotesque like the one that the deputies in Cortes represented to his shame last week.

Although we are talking about grotesque, it could also be described as farce, drama, vaudeville, sanctimoniousness or farce. Turned the hemicycle into a messy and noisy corral of comedies, it is worth questioning who these ladies and gentlemen represent, whose only passion seems to be the ambition for power, forgetting the restraint required by the responsibility of their positions.

Much has been written about the severe damage that the political class has been causing to institutions. From the king below, none seems sheltered from its instrumentation by the party leadership. The Head of State and judicial independence suffer attacks that disturb the consideration of Spain as a mature democracy. In the Cortes, its diverse inhabitants are accustomed above all to flattering or insulting —depending on the case— the Government rather than exercising control over its actions. Parliamentary purposes and procedures are violated by the irresponsible and servile attitude of many deputies, the weakness and sectarianism of those who preside over them and the absence of the minimum respect that the ethics and aesthetics of democracy demand.

The inexistence of political debate, exchange of proposals, or transversality and rigor in the speeches, reflects the absence of the behavior required of our legislators. Of the two famous ethical categories described by Max Weber, that of conviction and that of responsibility, neither elicits greater enthusiasm or commitment from the central parties. It would seem that they are more interested in living from politics than for politics: in obtaining, exercising and maintaining power at no matter what price, rather than in achieving the democratic stability inherent in any project of social transformation that respects freedom. and dignity of people. Each in their own way, do not exercise either the ethics of conviction —that untouchable norm that the end does not justify the means— nor that of responsibility, which obliges to govern for the general interests without undermining minorities. Paradoxically, only the anti-system parties seem to act according to their convictions. In other words, the irredentist and xenophobic independence supporters; those who called to occupy Congress; the champions of Spanishism or fanatical anti-Spanishism; the heirs of the murderous violence against the defenders of freedoms, and, ultimately, the destroyers of democracy from within it.

This attack on democracy from its own basic institutions is a phenomenon that affects all of Western civilization, even though it obviously acquires local profiles. Political fragmentation, populism, identity particularisms, the relegation of Parliament, the breaking of the monopoly of legitimate force by the States, is returning us to a kind of new Middle Ages. The postmodernity that we presume is very similar to the premodernity that the civilized world surpassed centuries ago. The current scenario leads us to a situation in which the feudal power of the powerful, of any ideological character, must coexist with the aspirations of the so-called barbarian peoples, dispossessed as their inhabitants are of rights and hope.

In the Spanish case, this parliamentary spectacle that violates the expectations, desires and demands of the popular will is not only tragic. There are also behaviors to die of laughter. The number of errors that ladies and gentlemen deputies can make when exercising their vote is striking. Who knows if their computer sloppiness also occurs when they authorize payments to their banks. They will have to be included in any way in the training courses demanded by the elderly, deceived, manipulated and absorbed by the technological gadgets of financial institutions. That at least two Prime Ministers, Rajoy and Sánchez, have voted against their own wishes for not knowing which button to push, indicates at least a certain cognitive dyslexia, a worrying color blindness or an attention deficit incompatible with the functions of the position. Which leads us to the need for a debate on the eventual delegation of the vote, prohibited in the Constitution but allowed in democracies of greater tradition than ours. Or at least about the guarantees to adopt when it is not face-to-face. Remote suffrage can be subject to all kinds of constraints, from the environmental to the most violent. There is no doubt that last Thursday’s vote violated the letter of the Chamber’s regulations regarding the telephone verification of the vote cast by Mr. Casero, as attached as his last name is to his home address. Justice will determine if this requirement was legitimately invalidated by an abstruse circular from the secretary of Congress, communicating the repeal of the exceptional procedure established due to the pandemic. For the rest, although it seems obvious that the incident is the result of human error, the smiling affirmation of the Chamber’s services that their technology works perfectly is moving. At the very least, an independent audit should be requested. Of course, the only one who was able to correct her mistakes without any qualms was the president of Congress who in less than a minute repealed and validated without interruption the decree submitted to the decision of the deputies.

Gregorio Peces Barba recounts in his memoirs that he called President Felipe González to order, despite both being members of the same party, when he described popular spokesman Miguel Herrero as a histrion. “I beg you to return to parliamentary courtesy,” he urged. “Yes, sorry, Mr. President,” the prime minister replied, and apologized. Perhaps such a demand is not necessary in these times, but Mrs. Batet should try to avoid any appearance of sectarianism in her behavior as president of parliament. Today they accuse her of violating the right to vote of an opposition deputy and of supporting a rigging in the voting. For their part, the Socialists affirm that the PP committed bribery by buying the wills of the Navarre deputies. Assertions all of them that enter fully into the criminal field. Of course, both of them are protected by parliamentary immunity.

Finally, our return to the Middle Ages is staged in a theater of low moral and aesthetic quality. To correct its brutality in language, I recommend taking inspiration from Cervantes, whose characters announce those of the current effort: from ruffian the happywave spanish olallauntil Peter of Urdemalas. His formula for being a good comedian could be recovered from this: “Of great memory, first; second, loose-tongued… (Y) …must recite so / with so much industry and sanity / that it becomes in the figure/ who does everything (Y) throughout”.

See also  Origin of covid: What the hell did the Biden report say? | Opinion