Skip to content
Home News Results of the 2021 elections: What happened in Chile? | Opinion 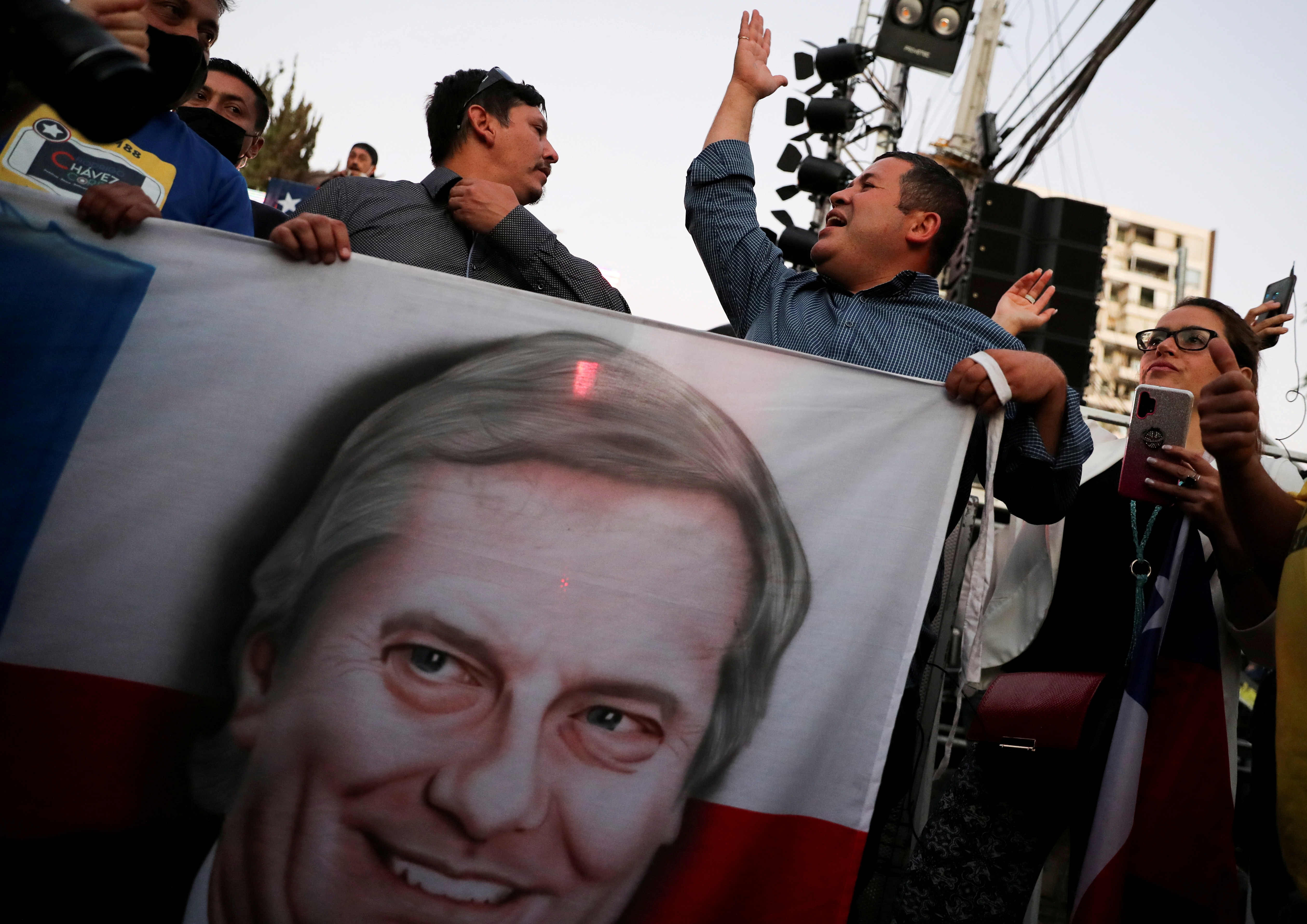 With 99.9% of the vote counted, the leaders of two new formations go to the second round of the presidential elections in Chile: José Antonio Kast (27.9%) of the Republican Party – ultra-right conservative in values ​​and very liberal in politics economic -, and Gabriel Boric (25.8%) of Convergencia Social – coalition of left and center-left parties that gained weight in the campaign for constitutional change. Although the media coverage addresses the polarization of the electorate, what stands out is its absence (53% abstention). How to understand the connection between apathy and the outbreak of 2019? How to explain that after the majority I approve to the new Constitution, in 2020, a little over a year later, a leader of the extreme right who vindicates the dictatorship leads the preferences? Five keys: the depoliticization of Augusto Pinochet paid off; turbopolitics dominates the public sphere and results in extreme volatility; voluntary voting favors polarization and also encourages abstention; the social outbreak was a serious symptom, over-celebrated by the expectations of transformation generated and underestimated in its determining factors; finally, the results of the presidential elections put the constituent process at risk and with it the redefinition of democracy in Chile. Let’s see how the pieces fit together.

One. Relive the legacy of Pinochet. The goal of the 1980 Constitution was to lock down politics for future generations. That Constitution stated in its articles that “Chile is a democratic republic” and that “the National Congress is made up of two branches: the Chamber of Deputies and the Senate.” Why these references, studied in school curricula during the eighties, in a country without democracy or legislative power? Claudia Heiss has suggested that the regime wanted to educate future generations. It was not just a “model of civility.” The main tool to keep things tied was the electoral system developed by Jaime Guzmán (an intellectual reference and former godfather of the current leader of the extreme right José Antonio Kast, who in the campaign has claimed the legacy of the dictatorship). Guzmán devised a system that combined the binominal election and the requirement of supermajorities to change not only the fundamental laws but also many others that in this way were blocked from any reform. The system (eliminated during the last government of Michele Bachelet) encouraged the parties to group themselves into two large coalitions that, except in very exceptional cases, divided the first and second positions in dispute; then the required supermajorities prevented change. Politics was of little use. Some elites promoted this strategy and others adapted well to this comfortable exercise of power. Bachelet promoted reforms among which, in addition to changing the binominal system for a proportional one, he introduced the voluntary vote. Until the 2009 elections, participation always exceeded 85% (data that did not reflect actual participation due to the mandatory registration requirement). Since then it has remained below 50, with the exception of the constitutional plebiscite in October, which reached 51%. On Sunday, in elections held while the constituent project was being debated, that is, fundamental to define the institutional future of the country, participation fell 4 points (47%).

Two. The turbopolitics. Defined as the acceleration of political times due to the concatenation of exceptional events, it takes hold on the decline of the great affiliations and the appeal to emotions and scandal. Traditional parties lose support, new parties and new leaderships emerge, and public discussion revolves around extreme slogans: venezuelization of Chile against fascism. Sebastián Sichel, the candidate of the right grouped in Chile Vamos —Coalition between the Independent Democratic Union (UDI), National Renovation (RN), Political Evolution (Evópoli) and the Democratic Independent Regionalist Party (PRI) – today in Government, it barely obtained 12.7% of the votes. The candidate of the center-left grouped in the Constituent Unit —Partidos por la Democracia (PPD), Radical (PR), Socialista (PS), Democrat Cristino (PDC) and Ciudadanos (CIU), among others— and current president of the Senate, Yasna Provoste, obtained 11.7% of the votes. More clearly: the main representatives of the two great coalitions that have alternated in power since 1989 do not collect together 25% of the votes cast. The most emblematic of this turbulent election comes from the candidacy of Franco Parisi who, with two years without set foot in Chile and without having exercised his right to vote because he had not registered at the corresponding Consulate, obtained 12.8% of the votes. With his People’s Party, he participated electronically. Are social networks and television enough to get such support without even taking the trouble to visit the country (where by the way it has some open court cases of various kinds)? That is where the exceptional events fit in, the way in which they have been imposing urgencies, scares and side leaps in campaigns crossed by the Panama Papers and the failed impeachment of current President Sebastián Piñera, the xenophobic speeches of the extreme right, the Mapuche conflict and the support of certain sectors of the extreme left for Nicaragua, Venezuela and Cuba. There the appeal to order of the extreme right candidate (who also appears in the Panama Papers). On the left, the slogans that mobilized the aligned failed to attract the disaffected or those who opted for other formations.

On these bases, three, the voluntary vote favors polarization, aims to mobilize emotions while discouraging moderates.

Four, the social outbreak it was a sign of exhaustion overreached in his potentialities. A problem for global progressivism is its need for utopias. A social outbreak may have the potential to open up the political system, but it is a sign that the system is going very badly, that it does not contain in itself the instruments for change. They must be built. The need to simmer the social, political and institutional conditions for change collide with resistance to this change, for which evidence abounds. This is what these election results show.

Five, this does not end, but now what. There will be a second round on December 19. Boric, curiously, was voted by only 800,000 more people than in the primaries. High floor and very low ceiling. It will be up to the candidate and his coalition to be able to appeal to more sectors of the population. The Chilean right, which at some point seemed to bet on renewal and modernization, does not seem very willing to sacrifice its economic interests in defense of human rights and democracy. Many open questions also in relation to the center-left. It would be time to go down to negotiate and contain, because the Constituent Assembly continues its work while Parliament reflects the great fragmentation and variety of positions. It will not be easy to align them with the reforms that are being promoted through the constitution. The need for political responsibility is pressing. Latin America does not need another Jair Bolsonaro.

Yanina Welp is a research associate at the Albert Hirschman Center on Democracy, Graduate Institute in Geneva (Switzerland) and editorial director of Agenda Pública.