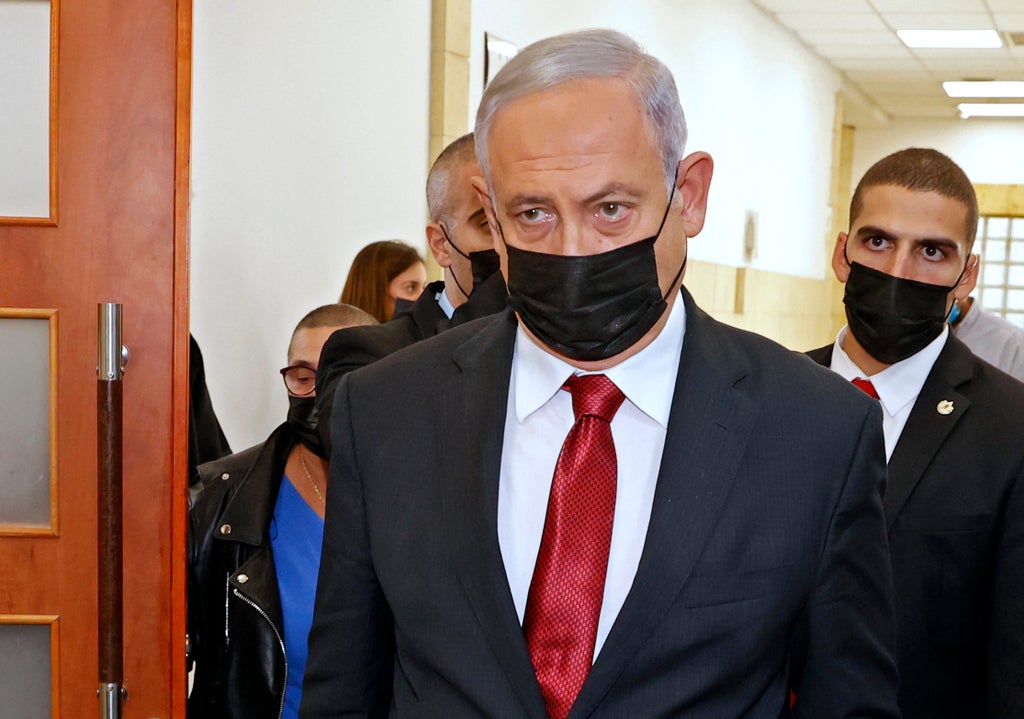 Netanyahu is in the midst of a lengthy corruption trial on charges of fraud, breach of trust and taking bribes in three separate cases. In Israel’s Channel 13 initial report last week, it was said that police used spyware to collect information from the witness’s phone without obtaining prior authorization, causing an uproar.

Netanyahu’s lawyers have demanded answers from the state about what was gathered and how. The report has reinvigorated Netanyahu’s supporters, who have long seen the trial as part of a conspiracy to oust the polarizing former leader. Even Netanyahu’s political opponents are outraged.

“This is an earthquake that would warrant a government commission of inquiry,” cabinet minister Tamar Zandberg, who is part of the coalition that toppled Netanyahu last year, told Israel Army Radio on Sunday. That the spyware was likely developed by Israel was a “shame point,” he said.

Amnon Lord, a columnist for the pro-Netanyahu daily Israel Hayom, called for a mistrial.

The witness whose phone was hacked, Shlomo Filber, is expected to testify in the coming days and Netanyahu’s lawyers are expected to request a delay in his testimony. It is not clear if any of the evidence allegedly collected was used against Netanyahu.

Police, as well as a lawyer for Netanyahu, did not respond to a request for comment. Israel’s Justice Ministry declined to comment. State prosecutors have told Netanyahu’s lawyers that they are “thoroughly examining” the reports, according to internal statements seen by The Associated Press.

See also  Why Nobody Loves Che Díaz: Analysis of the Most Controversial Character in 'And Just Like That' | Culture | icon

The report comes after the Israeli newspaper Calcalist reported that Israeli police tracked down targets without proper authorization. Last week, Israel’s national police said it had found evidence pointing to the misuse of spyware by its own investigators to spy on the phones of Israeli citizens. The revelations shocked Israelis and drew condemnation from across the political spectrum.

Authorities have not said what spyware might have been used inappropriately.

But the Calcalist report said that at least some of the cases involved the Israeli company NSO.

NSO is Israel’s most well-known offensive cyberware maker, but it is far from alone. Its flagship product, Pegasus, allows operators to seamlessly infiltrate a target’s mobile phone and gain access to the device’s contents, including messages and contacts, as well as location history.

NSO has faced increasing scrutiny over Pegasus, which has been linked to spying on human rights activists, journalists and politicians around the world in countries including Saudi Arabia and the United Arab Emirates.

NSO says that all of its sales are approved by the Israeli Defense Ministry. Such sales have reportedly played a key role in developing Israel’s ties with Arab states in the Gulf.

Aluf Benn, editor of the daily Haaretz, said it was a surprising twist that Netanyahu was now presenting himself as a victim.

“What an irony: The man who harnessed Pegasus for foreign policy gains now believes he lost his domestic power to spyware,” he wrote.