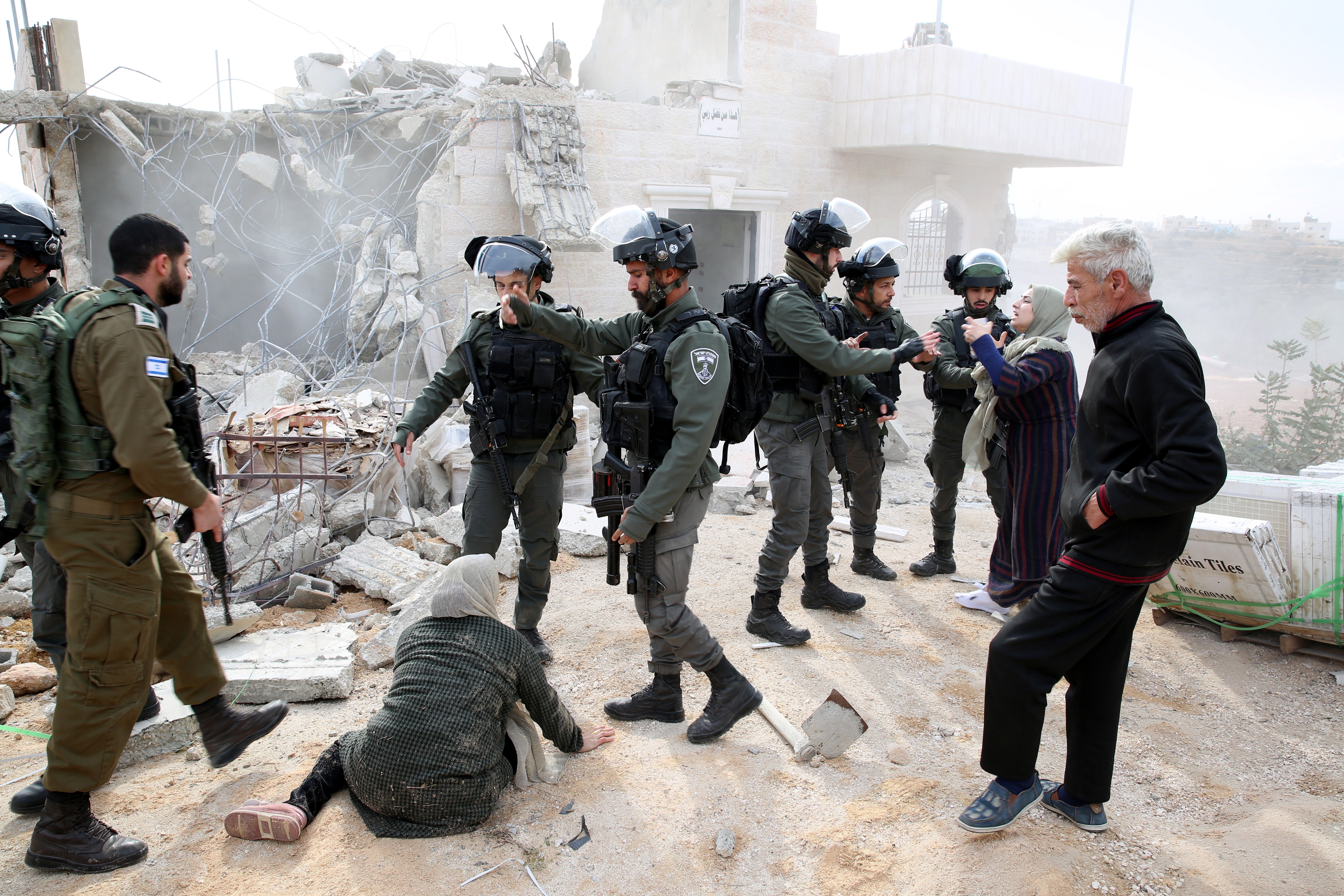 Israel’s security forces killed at least 313 Palestinians, including 71 minors, in the deadliest year in the occupied territories since 2014, according to a report released Tuesday by the Israeli human rights organization B ‘Tselem. Furthermore, in the West Bank and East Jerusalem, 895 Palestinians, including 463 minors, were made homeless during the same period due to the demolition of 295 houses, the highest number in the last five years.

In terms of deaths, last year was marked by the Israeli offensive in the Gaza Strip last May. In the military operation, Israel killed at least 232 Palestinians, including 54 minors, according to B’Tselem’s count, which notes that most did not participate in hostilities.

The report also includes the deaths of another 20 Palestinians in the enclave by rockets fired by local factions against Israel that fell in Gaza, as well as that of six Israeli civilians, three foreigners and two members of the Israeli security forces killed by projectiles fired. from the Strip. To find a higher number of Palestinian deaths in a single year, it is necessary to go back to 2014, when Gaza was subjected to an Israeli military offensive that left more than 2,000 dead.

“Israel’s lethal, gratuitous and illegal open fire policy caused the death of hundreds of Palestinians last year. About 70% died in the Gaza Strip when the criminal policy of bombing densely populated areas was applied, “criticizes the report. “Senior Israeli officials justify the open fire policy. They insist that lethal fire is used as a last resort, in accordance with Israeli and international law, and stress that incidents are investigated. But the facts show the opposite: lethal shots are a routine matter, and no one is held accountable, ”he stresses.

In the West Bank and East Jerusalem, Israeli security forces killed another 77 Palestinians, of whom 32 were killed in or near demonstrations or in incidents where stones were thrown at Israeli officers or civilians. The report highlights that eight of them have been killed in protests against the establishment of the wild settlement of Evyatar on land belonging to Palestinian villages in the northern West Bank, and for which the Israeli army prevents Palestinian farmers from accessing their land.

The study also includes an increase in violence by Israeli settlers in the last year, during which B’Tselem documented 336 violent incidents compared to 251 in 2020. According to the organization, the increase suggests that this violence is another tool that “the regime of apartheid of Israel used to seize more Palestinian land ”. The report also notes that 36 Palestinians were shot dead in incidents in which they attacked, attempted to attack or allegedly attacked Israeli security forces or civilians, and notes that in these cases the automatic use of lethal fire is not justified.

At the same time, B’Tselem points out that in recent years there has been a constant increase in house demolitions in the West Bank, as highlighted by the 199 collapsed last year compared to 151 in 2020 and 104 in 2019. Also, in addition of the collapsed houses in the occupied territories in 2021, the report notes that an additional 548 non-residential units were dismantled on the orders of the Israeli authorities, including cisterns, agricultural structures, warehouses, businesses and public structures, the highest number since 2012 .

“These demolitions are not a matter of ‘law enforcement’, as Israel claims, and Palestinians who build without permission are not ‘criminals,” the document slides. “The regime of apartheid The Israeli blocks almost all Palestinian development in large areas of the West Bank, including East Jerusalem, while building en masse for Jews. This policy leaves the Palestinians with no choice but to build without permits, ”he adds.

B’Tselem spokeswoman, Dror Sadot, points out to EL PAÍS that the end of the era of former Israeli Prime Minister Benjamin Netanyahu and the formation, in June, of a new coalition government piloted by the ultra-nationalist Naftali Bennett has not led to now a significant policy change. “It is too early to say, but according to the data we cannot perceive or feel that there is a difference. In reality, house demolitions are only increasing, so we are not seeing changes in this matter, ”he points out.