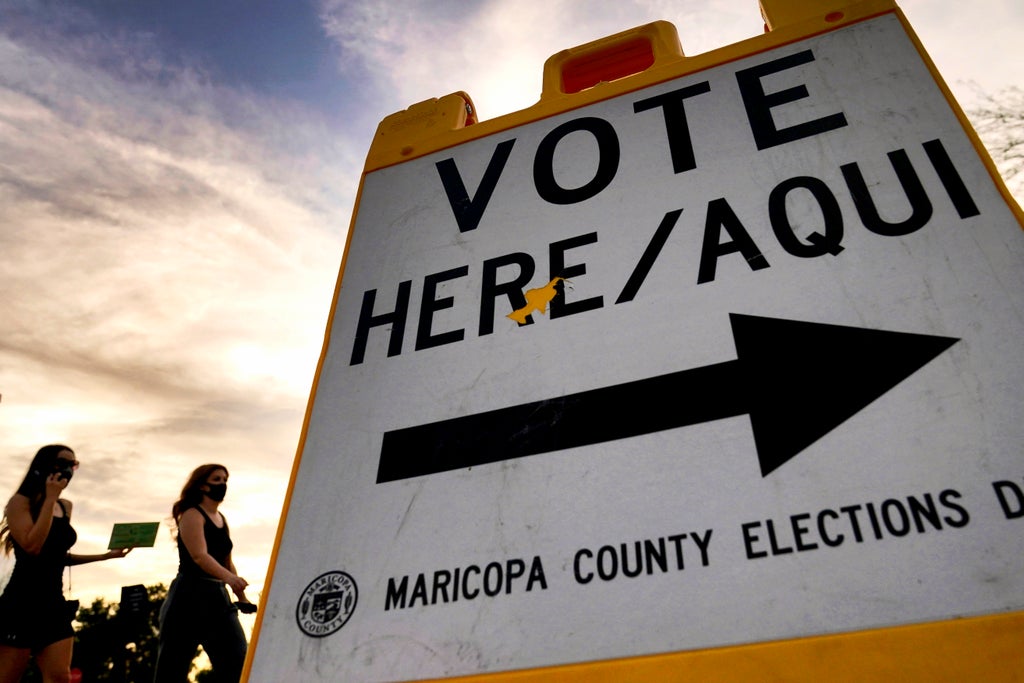 A group of more than 200 religious leaders from across the US has called on National Football League Commissioner Roger Goodell to remove the 2023 Super Bowl from Arizona due to the state’s restrictive voting laws and attempts to of Republican state legislators to overturn election results and consolidate power.

Arizona is among several GOP-dominated states planning to overhaul election laws in the wake of the 2020 presidential election and Donald Trump’s unsubstantiated narrative that the results were “stolen” from him.

Within the first weeks of 2022, Republican lawmakers in Arizona proposed to effectively eliminate early and mail-in voting and hold a special legislative session to review and possibly reject election results, among other proposals.

The most recent measures, some of which were sponsored by Republican lawmakers who supported a spurious “audit” of the state’s 2020 presidential election results, would also prevent municipalities from holding elections by mail, which the vast majority of voters of the state have used for more than a decade.

“These new laws are in addition to previous discriminatory voting laws passed in Arizona that restrict ballot collection and provisional ballots,” the faith leaders wrote in a letter dated Jan. 27. “Most of the voters harmed by these laws are African American, Latino and Native American voters, rural voters, and poor and low-income voters.”

The group of religious leaders, several of whom are from Arizona, includes the Rev. Jesse Jackson and the Rev. William Barber, a prominent voting rights advocate and co-chair of the Poor People’s Campaign.

The letter invokes Martin Luther King Jr’s condemnation of the moral wrongs of racial discrimination, “a cancerous disease that prevents our democratic health from being realized,” and “bystanders” who refuse to exert their influence.

In 1991, the NFL moved the Super Bowl from Tempe to Pasadena, California for the 1993 game due to Arizona’s refusal to recognize Martin Luther King Jr. Day.

“We ask that you take the same action for Super Bowl LVII,” the religious leaders wrote in their letter to Goodell.

His letter also criticizes Arizona Democratic Sen. Kyrsten Sinema, who refused to support her party’s efforts in the upper house to dismantle filibuster rules that allow Republicans to repeatedly obstruct a vote on federal voting rights legislation that she supports.

“This federal legislation would have mitigated the effect of Arizona’s voter suppression laws and those enacted in 18 other states,” they wrote.

Last year, Republican lawmakers in 17 states passed at least 32 new laws to change election administration rules and strip election officials of oversight and put it in the hands of GOP-controlled legislatures.

In a parallel effort in 2021, at least 19 states have passed 24 laws restricting access to ballots and reversing early and mail-in voting, after Republican lawmakers introduced more than 440 restrictive bills in nearly every state.

Its passage prompted Major League Baseball to withdraw its All-Star Game from Atlanta, and in a letter to NFL employees, Goodell said “the right to vote is fundamental and at the core of our democracy.”

“We will always support that right, and the NFL has done so in a comprehensive and thoughtful manner,” he wrote.

In a statement Thursday, the Rev. Stephen A Green said the United States is “closer than ever to midnight for our democracy because Congress refuses to protect the right to vote.”

“Now is the time for corporate America to join the fight to redeem America’s soul,” he said. “We call on the NFL to move Super Bowl LVII out of Arizona and refuse to invest in states that intend to limit ballot access.”

Monkeypox: Scientists ‘stunned’ by spread of virus in Europe and North America