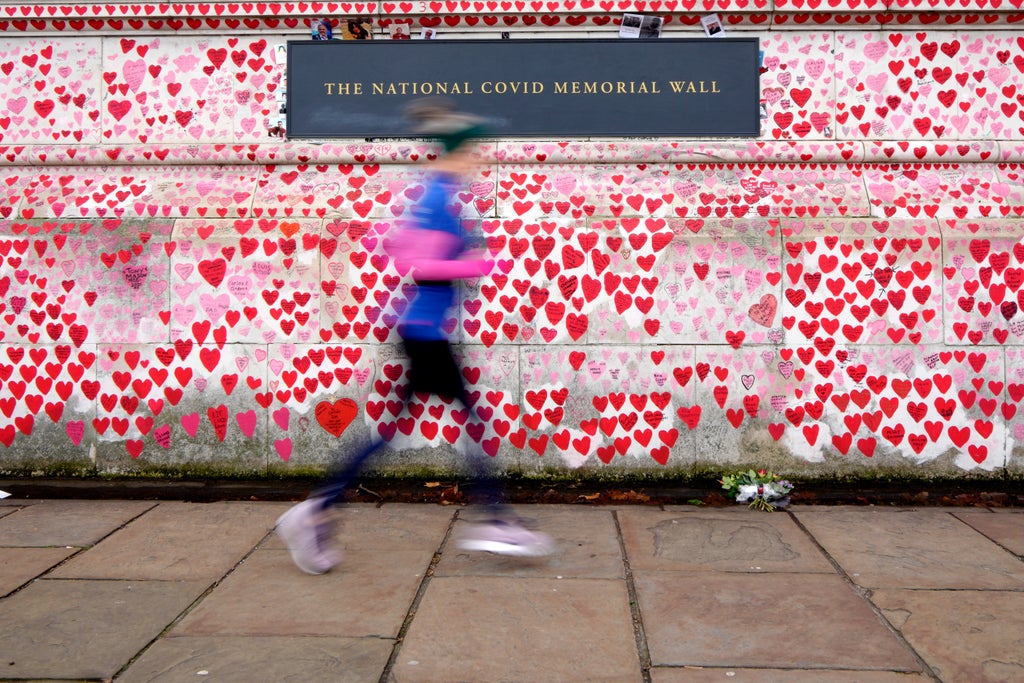 “Isolation is there to avoid someone who’s infectious infecting someone else. I actually see it as a public health protection in the same way as we have smoking laws against indoor smoking and laws against driving when you’re under the influence.”

So said Edinburgh University’s Professor Devi Sridhar, who has become one of TV’s go-to public health experts during the pandemic. Sridhar was talking about the government’s plans to remove a requirement – ​​one of the last remaining restrictions – to isolate when you are infectious with Covid in England.

The problem with this, as Sridhar pointed out, is that it gives a license to people spraying off virus particles to ride a bus or train, to go to Tesco or Primark, to see a film or a show, to go to the pub, spreading a deadly disease as they go.

Sure, it might still be “recommended” that infectious people stay home. But it’s also recommended that you don’t drink more than 14 units of alcohol spread across three days in any given week. How many Downing Street employees complied with that one in the midst of “Partygate” when their place of work apparently resembled a student union’s 70s night disco? Perhaps we should be told.

The problem with this idea, which appears to be on the blocks solely to buy the big dog a couple more days in his sumptuously re-decorated kennel, is that it is potentially lethal for those most vulnerable to a virus which, in case you hadn ‘t noticed, is still killing people.

Covid has the unfortunate capacity to cut through vaccinations and wreak havoc on people with vulnerabilities. This includes those with compromised immune systems – in which case they need three doses of vaccine (plus a booster) to get the same protection you or I get from two (plus booster). The necessary extra dose has proven to be quite the challenge for some to obtain.

They may have diabetes (I personally have type 1 thanks to an immune system that went bonkers when I was two, eating my insulin producing cells in the process). They may have cancer. They may have a condition that prevents them from getting vaccinated. But they may simply find themselves in the wrong place at the wrong time.

That’s the disturbing thing about this nasty and erratic virus we’ve suddenly all become terribly blasé about. It has the capacity to randomly muck you up every bit as effectively as a drunk driver.

Perhaps those of us who are vulnerable to it need to stage a demonstration. I suggest meeting up in a park, because outdoors is safer, somewhere in, I don’t know, Uxbridge or South Ruislip? That would be Boris Johnson’s constitution. Imagine the response to a bunch of squiffy crips haring around, crashing into stationary vehicles, bins, bus shelters and any passers by unlucky enough to get in the way.

It could be blackly comic but it’s probably more likely to be tragic. Drink driving is banned because it’s appallingly irresponsible, anti social and just plain lethal. Tell me, how’s going out on the town knowing you’re a viral vector after seeing all the wrong red lines on a lateral flow test any different?

Fazilet Hadi, head of policy at Disability Rights UK points out that there remains a small – but still significant – number of disabled people who cannot participate in day-to-day life because of the risk of severe illness or death from Covid. Scope said it could leave some people “gambling with their lives.” There are some people who will lose that gamble. They will die, and they will die solely for the most cynical of political purposes.

Living in a country that used to pride itself on its decency, I sometimes have to pinch myself. Is this for real or am I still in a coma, like the one I experienced after getting hit by a truck, hallucinating madly?

The hallucinations one experiences through post-operative delirium can feel quite real. They’re sometimes very frightening. But none of the ones I experienced were quite as ugly and frightening as what Britain is turning into under a government that treats people with disabilities as skittles to be knocked over when they get in the way.

“To be honest I’ve been trying not to look at the news. I just makes me so f**king angry. I just feel myself boiling over,” said a disabled friend of mine when I asked him about it.

I nodded my head in sympathy. I often feel the same way.