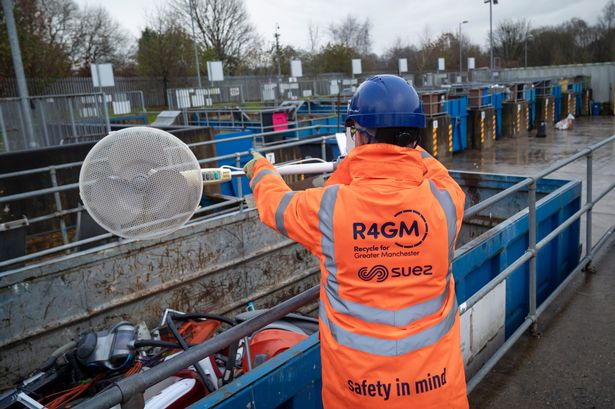 Plans which would make it possible to recycle plastic pots, tubs and trays in household bins across nine Greater Manchester councils are being prepared.

Residents cannot currently recycle any plastic items except for bottles in bins collected by the waste authority which covers most councils in the city-region. In Wigan, which has its own arrangement, plastic pots and tubs can be recycled.

But Greater Manchester is now considering whether more plastic could be recycled ahead of a new national waste strategy set to be announced soon. It comes as the city-region’s recycling rate remains below 50 pc of all waste.

READ MORE: “The tip was shut – it was during the scamdemic”: Fly-tipper hits back on Facebook after being caught dumping rubbish from her Fiat Punto

Speaking at a waste and recycling committee meeting last week, councilors said residents often ask them why they cannot recycle other types of plastic. Part of the problem is finding companies that would recycle certain materials.

However, according to David Taylor, who is the executive director of the waste and resources team at the Greater Manchester Combined Authority (GMCA), the city-region does not currently have the capacity to process more plastic. Head of engineering and asset management Michael Kelly said the city-region is ‘well placed’ to meet additional recycling demands if required in the future.

But this could involve creating a new processing plant at the Nash Road site in Trafford Park where there is ‘spare land’ to build on, Taylor told the committee. The existing Materials Recovery Facility (MRF) in Sharston is currently capable of processing 90,000 tonnes of material, readying it for recycling, every year.

However, Taylor explained that processing plastic pots, tubs and trays at the site in Longley Lane would require its capacity to increase by up to a third. He said: “A piece of work we will be doing later on this year is to look at pots, tubs and trays and what potentially needs to be done to accommodate those.

“At Longley Lane, if we were to take in pots, tubs and trays, we estimate that could be up to 30,000 tonnes of material. That would completely overface the facility that we have. We don’t have space in there to put an additional line in. So we’re looking at options within our asset portfolio.We’ve got spare land at Nash Road in Trafford Park.So is there potential to build another MRF there.

“But there’s several steps in this process. Collecting it and sorting it is just one element of it. The missing piece of the jigsaw is the market for these materials which is still not there.

“The piece of work we’re going to do is how would we collect it, how would we process it and also what the market availability is and also the cost associated with this – because there will be a significant collection and processing cost to handle those materials – so that we can then inform how we develop our own future waste strategy to meet the requirements of the national waste strategy. So there’s a number of steps to go.”