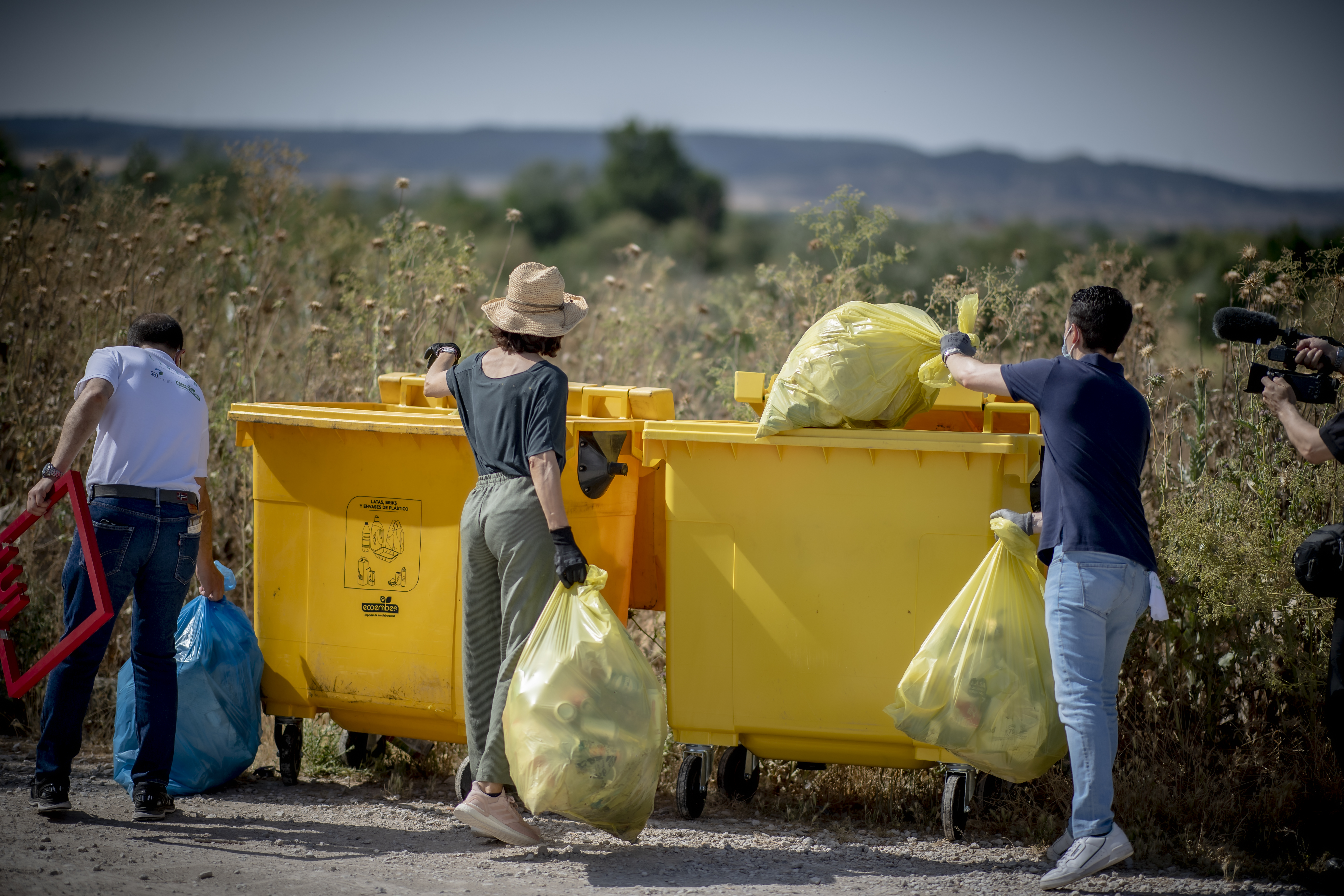 Sensibility is required in the shopping cart. We are being urged to reverse the greenhouse effect. We are told to help the plastic islands disappear in the oceans. With all this responsibility on our shoulders, we look in the packaging for signs that appease our conscience. That we meet? In most cases, single-use plastics – to focus on a single material – are labeled with continuous arrows in the shape of a circle or triangle with an adjective: recyclable. But it is not the same recyclable as recycled.

For some years, I taught Spanish to foreigners in the United States. Although our language does not have the flexibility of other languages, speakers can form adjectives. One of the most common suffixes for this purpose is -became. The adjectives it builds usually start from verbs. These three letters mean, according to the RAE, “a passive possibility or an aptitude to receive the action of the verb.” Adjective recyclable in a container it supposes that there is the possibility that this plastic is recycled, one possibility among many others.

Since the 1970s, the industry has claimed that the responsibility for recycling falls into the hands of the public. There are products like Coca-Cola that directly fall under the mandate: “Recycle me,” they say. We dutifully deposit these products in the yellow container, which is the tip of the iceberg of a complex, long and opaque process.

Only the simplest plastics are recycled in Europe. A large part of recyclable waste is exported to other countries, especially Asians. Until 2018 China was the garbage dump of the world. It received 95% of the plastics from the European Union and 75% from the United States.In the same year a UN report revealed that only 9% of the plastics produced since the 1950s (about 8,300 million tons equivalent to the weight of a million Eiffel Towers) have been recycled, 12% have been incinerated and the rest are in landfills or some other place in the environment where they can remain for centuries. Single-use plastic production persists, and by 2050 there will be more plastic in the ocean than fish. China stopped receiving this type of waste after the avalanche of complaints about the mismanagement of this waste, which on many occasions was not recycled, or if they did, it was at a high environmental and public health cost.

In Spain, the separation of domestic garbage grows every year. However, the figures for how many packages we put in the yellow container vary depending on the sources that provide them. For Greenpeace it does not even reach 30%, for the Ministry of Ecological Transition the figure rises to 45.46% and for Ecoembes, to 78.8%. Ecoembes is the non-profit corporation created by thousands of food and beverage companies that manages the money for the elimination of their waste. European regulations oblige companies that put packaging on the street to take responsibility for them. In our country, companies decided to do so under this formula instead of a deposit, return and return system, a model more implemented in other European countries. Ecoembes draws the aforementioned circular arrow that indicates that part of the price is destined to pay to the municipalities that collect and transport the rubbish from the yellow container. The rest of the containers end up in landfills or anywhere. No one is responsible for these. What about the ones that do get to the right container? Many are exported.

Spain is the eighth exporter of plastics to Malaysia, which in 2019 reported the arrival of an illegal shipment of 3,000 tons, partly from our country. It was waste that, because it was mixed, too dirty or because it did not adapt to the technology of the place to be treated, cannot be recycled. A recyclable container is not a recycled container, in the same way that an implementable regulation is not an implemented regulation. Some brands indicate motu proprio the percentage of recycled material used in your packaging. Wouldn’t it be interesting to go one step further? Was the nutritional information of foods not implemented in 2016? Don’t we get used to talking about calories, carbohydrates, saturated and unsaturated fats, with astonishing speed? Hasn’t a very simple scale of colors and letters been created to know if a food is healthy? If it is really intended that environmental responsibility falls on the backs of the public, they should inform us of the environmental cost of each product. It is not enough to ensure that a product is recyclable. How much water was used to make it, what is its carbon footprint and what other toxic emissions have been necessary for it to appear shiny on the shelf and to return to the production chain? Obviously, recycling is a great step towards the utopia – still distant – of the circular economy, but it is very difficult to lead the solution, without having all the data.

See also  El Derbi returns to the Bernabéu ... and Atlético smiles: El Cholo has only lost one game in LaLiga there | sports

Mar Gomez Glez She is a sociologist, writer, and PhD from New York University. His latest books are A happy couple (Three Sisters, 2021) and World’s Escape (Antigone, 2021).