Skip to content
Home News record of cases, hospitals in suspense and the vaccine as an ally 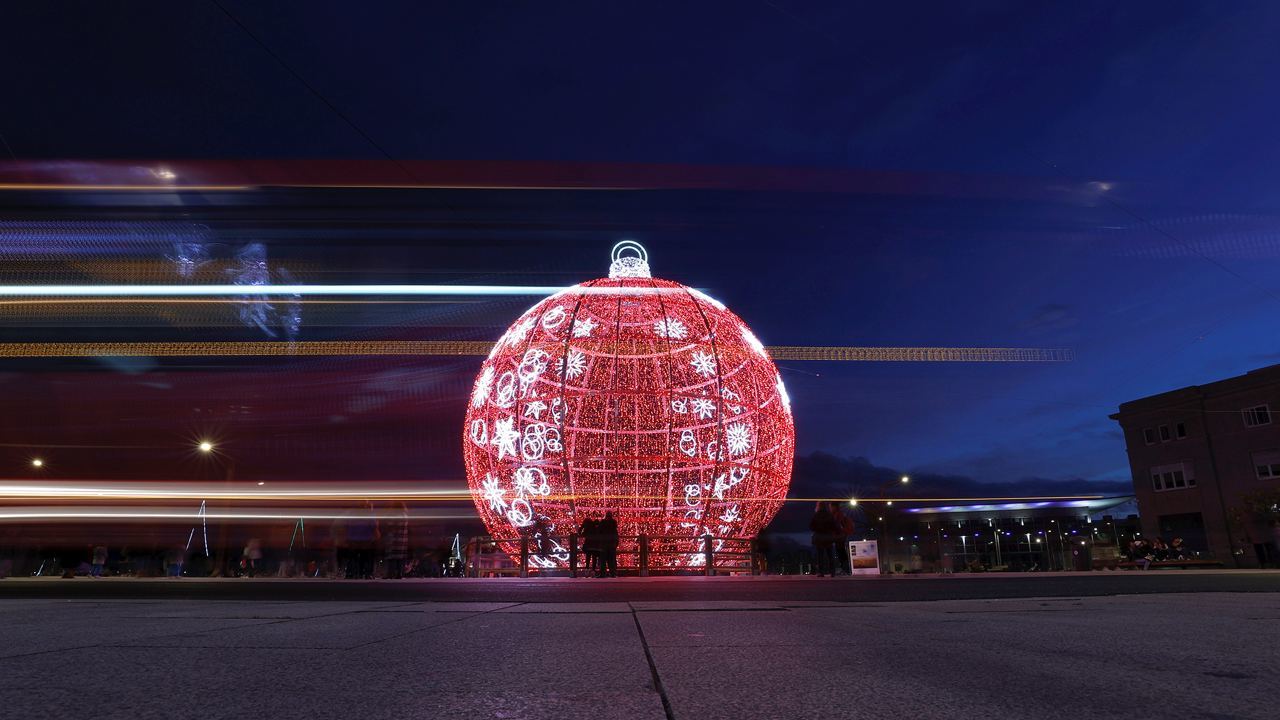 Spain faces New Year’s Eve 2021 with a new highs week. If the highest incidence of COVID-19 in the entire pandemic was reached before Christmas Eve, during these days the rate has risen more than 800 points, reaching more than 100,000 daily reported cases, figures never seen before.

With this data, the communities have opted for recover restrictions for the next festivities and thus try to avoid a hospital collapse. In ICUs, the pressure on the advance of the sixth wave, driven by the omicron variant, grows, albeit steadily: on the verge of saying goodbye to 2021 saturation stands at 19%, at high risk, six percentage points from the highest level.

“It would be the worst wave of the pandemic, or at least similar to the first, if it weren’t for the vaccines“, says Ignacio Rosell, an expert in Preventive Medicine and Public Health at the University of Valladolid and a member of the technical committee that advises the Junta de Castilla y León, in statements to DatosRTVE.

After nearly two years of a pandemic and one since the arrival of vaccines, the way of looking at the indicators and taking the pulse of the epidemiological situation has changed. Now care pressure outweighs incidence, although it is necessary to pay attention to a curve with an increasingly higher slope.

From November 12 pressure in hospital ICUs has been growing slowly but steadily. Less than a week later they left behind ‘controlled circulation’ – the new term for the old ‘new normal’ – and continued to saturate until reaching the 19% occupancy, according to the latest data offered by the Ministry of Health before the end of the year.

The current percentage is still far from the maximum value of the entire historical series, 45.3%, which was registered on February 1, 2021, when Spain began the descent of the crest of the third wave. But nevertheless, health professionals have been warning of this new shake for weeks and the need to stop cases to avoid the collapse of the health system, diminished by the large number of casualties among infected personnel.

“Health is communicating vessels that begin with Primary Care, which is collapsed by the number of people who have symptoms, who are close contacts, who want to request a leave or who want to see if they have COVID-19. Also the urgencies have a very high tension “, points out the virologist José Antonio López Guerrero, professor of Microbiology at the Autonomous University of Madrid, who points out that vaccines are a barrier, but the omicron variant is eroding their protection. “Many people arrive and, although the percentage that suffers from serious symptoms is very low, especially among those vaccinated, the pressure on hospitals increases, although it is less than in other waves,” he explains.

“I do not think we will reach the levels of hospitalizations and occupancy of intensive care units of other waves“predicts Ignacio Rosell, who, despite everything, recalls that” there is a gap between the increase in incidence and the occupation of ICUs “, which is why he calls for prudence:” Vaccines are doing a great job . Perhaps people do not remember the mobility or curfew measures at this time in 2020, but vaccines must be helped“.

And the fact is that the cumulative incidence at 14 days has been growing since November 3, but it has been in the last few weeks when the climb has run amok. If a new maximum was marked on Christmas Eve, with more than 900 cases per 100,000 inhabitants, in just one week it has practically doubled, with 1,775 cases. Spain thus closes the year with twice the incidence than at the peak of the third wave, marked on January 27, which until a few weeks ago was the ceiling of the pandemic in the country.

For the moment, the rapidity with which the positives are multiplying has caused the week to end with all territories at very high risk -above 500 cases per 100,000 inhabitants- and eight exceed the national rate. In addition, the situation has worsened so much that it has resulted in most communities have broken their records for the incidence of the entire pandemic, leaving behind the highs of early 2021. Only the Valencian Community has not yet reached this situation, although it is not ruled out that they will finally achieve it in 2022.

The question now is to what extent this growth will be maintained – taking into account the limits of diagnostic capacity – and when the curve will begin to bend. The Minister of Health, Carolina Darias, pointed out last Wednesday at a press conference that the data did not indicate a drop in the number of cases, but rather “a maintenance of growth was expected in the near future”. “If we take into account the mirror in which we are looking at ourselves, the countries in which the omicron tsunami has already devastated, we would expect that cases were still increasing for a week or two because, in addition, they are moments of great mobility, “says López Guerrero, who believes that”As abruptly as they have risen, you can expect them to start to go down“.

Rosell, for his part, estimates that we cannot be far from the peak of the wave, but stresses that the official figures have not yet reflected the effect of the Christmas Eve meetings and that a potential “super contagion event” such as New Year’s Eve has yet to be overcome.. “We are concerned, because last year in Castilla y León the incidence multiplied by twelve four weeks after the festivities. It cannot be ruled out that we beat the records that other European countries have reached,” he warns.

Highest positivity of the entire pandemic

From December 2, positivity -the percentage of people with a positive result out of all those who have undergone a test- in Spain it has not stopped growing.

At the beginning of the month it stood at 7.2%, above the WHO threshold, set at 4% to control community transmission. Now it stands at 20.5%, the highest percentage of the entire pandemic and almost triple than four weeks ago. By provinces, the majority arrive on New Year’s Eve with a positivity above 15%, the highest level set by the Ministry of Health; many of them even exceed 25%.

Despite the fact that the indicator is already high, many tests are escaping the Health count and would further increase the current percentage. This is due to the fact that part of the population, for one reason or another – meetings at Christmas festivities, close contact with infected people, collapse in health centers – has seen in the antigen test a tool to know your situation against the coronavirus.

Some communities like Madrid, Catalonia or the Basque Country have begun to include these positives in their statistics and claim that they be considered ‘valid’. However, the body led by Carolina Darias only counts those confirmed in a health point. Last Wednesday the minister acknowledged the “bottleneck situation” of the last days, but also admitted that the revision of the contagion accounting will continue to be dealt with in the National Public Health Commission.

In addition, positivity may be influenced by the profile of the people taking the tests. And, in any case, Ignacio Rosell warns that the diagnostic capacity may reach its limit if the cases continue to grow as in recent days: “We are not going to see incidents of 15,000 or 17,000 cases because we do not have how to measure it.”

Vaccination against the coronavirus also has another positive effect: fatality has dropped considerably despite high incidence rates. At the moment, deaths have remained without major increases, although more than a hundred a day have already been recorded in recent days.

However, and despite the fact that the figures are still far from the third wave, with cases still rising exponentially It is not ruled out that deaths will increase in the coming weeks. And it is that even with a reduced lethality compared to other waves of the pandemic – in the first it was 11.3%, but in the fifth it fell to 0.3% – a large number of infections can lead to numerous deaths.

After a first Christmas under curfews and perimeter closures, everyone expected that around this time the situation was more controlled than a year ago. A month ago, Spain was one of the countries with the best epidemiological situation, but the warnings that came from the other side of the continent, with record figures before the advance of omicron, have ended up having an impact during these festivities.

The arrival of the vaccine and the high coverage rates in the country are making a difference at the end of this year -around 80% of the population already has the complete regimen and 28% have an additional dose-, despite the maximums that are being marked in the rest of the indicators.

If the year-end of 2020 and 2021 are taken into account respectively, the incidence and positivity are the highest values, especially after the omicron landing. The saturation of hospitals and the number of deaths are not those of a year ago, but as we have already seen, do not let your guard down during these parties.

“Cases are going to continue to rise for more than a week and the New Year’s Eve parties are going to be noticed, but I want to be optimistic and think that within two weeks, as we have seen in other countries, we will begin to see declines in cases“, insists José Antonio López Guerrero. For the moment and until this decline materializes, Spain will start the new year at the top of the pandemic wave.