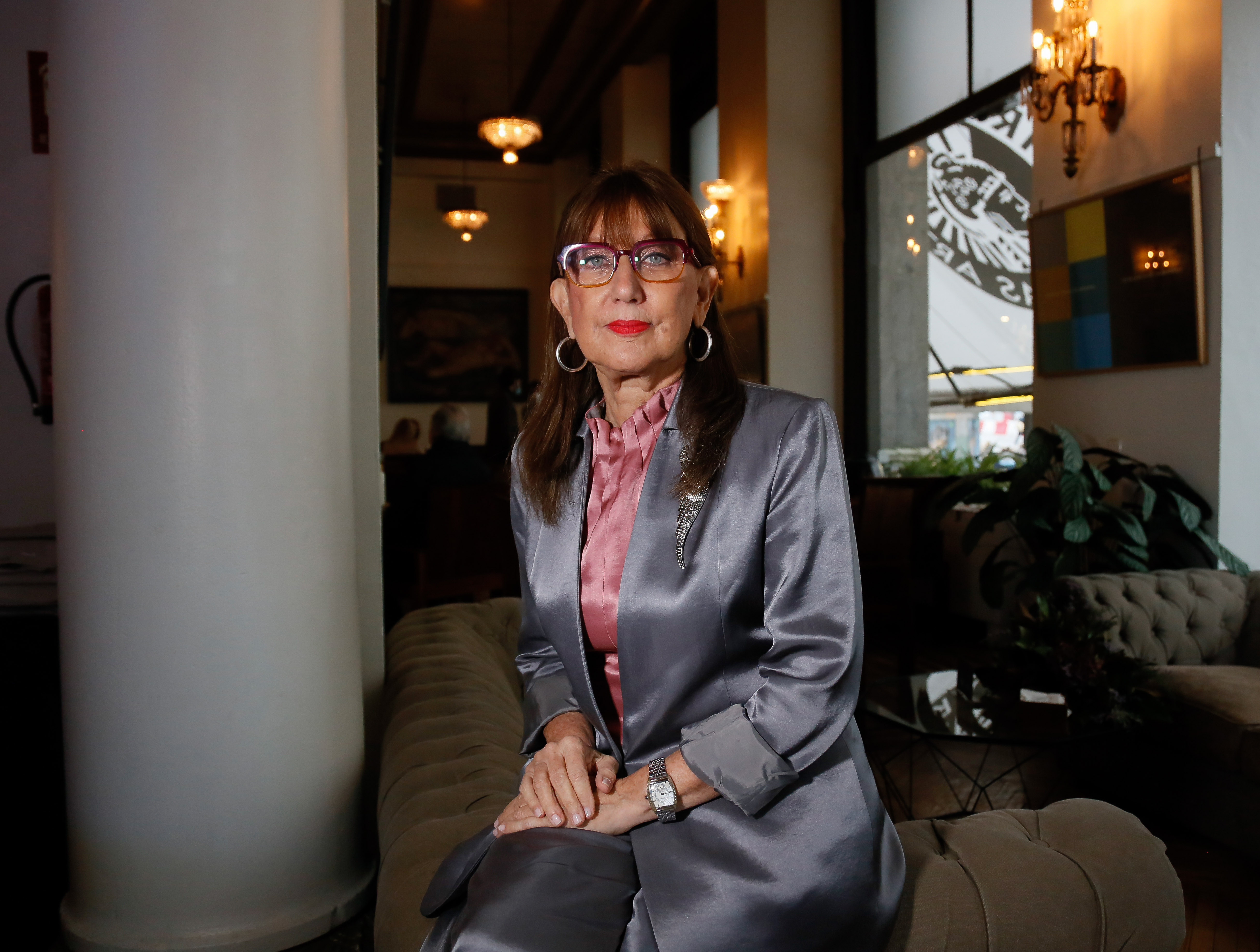 Breaking glass ceilings has become a constant in the career of Rebeca Grynspan (San José de Costa Rica, 65 years old). She was the first woman to serve as the UN Deputy Secretary General. Also the first to reach the general Ibero-American secretariat, in 2014. And, for two months, the first Latin American woman to assume the leadership of the United Nations Conference on Trade and Development (Unctad). Although already installed in Geneva, she attends EL PAÍS this week in Madrid, where she finishes shelving her previous stage. It admits its concern about the delay in many low and middle income countries after the pandemic, warns that the bottleneck in global supply chains is going to take a long time and warns that the capital flight from emerging countries in 2013, after the start of the normalization of monetary policy in the US will fall short if the Federal Reserve raises rates too soon: “It would be a tsunami, the worst possible scenario.”

Question. The recovery is beginning to show some signs of fragility. Are you afraid of a bigger slowdown in the next revisions?

Answer. The great threat right now, as we have seen for months, is the problems in maritime trade and in commerce in general. The bottlenecks are being very important, they are raising prices and are putting, especially the least developed countries and small islands, in very serious supply problems.

P. Rich countries are getting out faster than emerging ones. How concerned are you about that gap?

R. It is dramatic. The most developed countries are growing at several times the rate of the developing countries, when, at least in the case of growth, one would expect the exact opposite.

R. Because they are vaccinating faster and because they have had the possibility of using monetary and fiscal policy instruments on a large scale. It is a 180 degree change compared to 2008 and 2009, when the emerging markets came out long before the crisis. Also in terms of policies: then, in advanced economies the austerity narrative prevailed and today what we have is a very heterodox policy.

P. How long can this more heterodox fiscal and monetary tone last?

R. With inflation, there are voices that are calling for a more restrictive policy and for higher interest rates. But it would be too soon for developing countries, those that were most affected by the crisis and that have not yet recovered. I fear a withdrawal of monetary policy: developing countries have increased their indebtedness in this period and require much more financing. An anticipated rise in interest rates would only prevent their recovery and help them solve the serious problems that arose during the pandemic.

P. The closest precedent is that of taper tantrum 2013. Would it be worse this time?

R. Yes, because the emerging markets are in a much weaker situation than then: their debt and financing needs are greater; and its fiscal space, smaller. An early and uncoordinated rate hike in the big economies would cause a tsunami on them. It would be the worst possible scenario. Can there be a healthy and stable economy with the emerging and developing world in dire straits? I do not think so.

P. How worried are you about inflation?

R. It is necessary to differentiate between the effects of demand and those of supply. And what they need to solve the latter is more investment: a rise in interest rates would not only not help, but the bottlenecks could be reproduced. I am not saying that there cannot be a part of the inflation that is demand, but it is necessary to separate the very short-term factors, such as the change in consumer behavior after the pandemic, from the long-term underlying ones. You have to be very careful: any response more linked to the fear of the markets than to the real conditions of the economy would be a mistake.

P. What is the cause of this global bottleneck in supply chains? Virtually no one had it on their roadmap a few months ago, and yet its consequences are being enormous.

R. The investment [en transporte de mercancías por mar] It had already been falling since before the pandemic, and to this is added the slowness in the ports that has caused the health crisis. In addition, there has been an increase in oligopolistic power in maritime transport.

P. What can be done in the short term to ease the traffic jam?

R. Take efficiency measures in ports. To give one information, only 40% of the people who work in the maritime field are vaccinated, so one of the first measures so that you can work 24 hours a day and seven days a week is to vaccinate. But, in addition, we have thousands of seafarers on the high seas who cannot go down to any port and who are in a desperate situation inside the ships. And then there’s the container crisis – there aren’t enough for post-pandemic demand.

P. When can these bottlenecks be overcome?

R. It is a very difficult question to answer, but I do not see it in the short term.

P. In the transport sector, there are those who point to mid-2022 as the probable date of normalization.

R. I wish [cruza los dedos], but I think it may take longer. Especially in developing economies: the situation of ports in advanced economies is improving at an impressive speed, however, investments to be made in developing countries require long-term planning and this can delay the solution of the problem. trouble. If we were rational, actions should be coordinated throughout the world.

P. Will this traffic jam change the face of international trade in the coming years?

R. We are moving towards shorter value chains and towards greater diversification of input sources. What we used to call “on time” will be combined [en referencia al modelo just in time] with what we now call “just in case”: efficiency is not going to be the only priority, but there is an element of risk that has now become apparent. They were elements that were not there before the pandemic, but there are already countries talking about strategic reserves or essential goods … And I think that is here to stay. It will not lead to exacerbated nationalism, but it will make value chains shorter and more regional.

P. Part of the inflation is food: the price of food has skyrocketed to, according to FAO data, highs in more than a decade.

R. Much of that increase has to do with the problem in international trade. And then there are grains, where the pressure comes from the strong recovery in China. The risk that rising food prices are creating is tremendous: authorities and leaders in some small and least developed countries are already telling me that they are having supply problems, even when they can afford it, because of international competition. The shortage in the number of ships and containers is also having an effect on this. And, I insist, it is not only a problem of prices, but of supply.