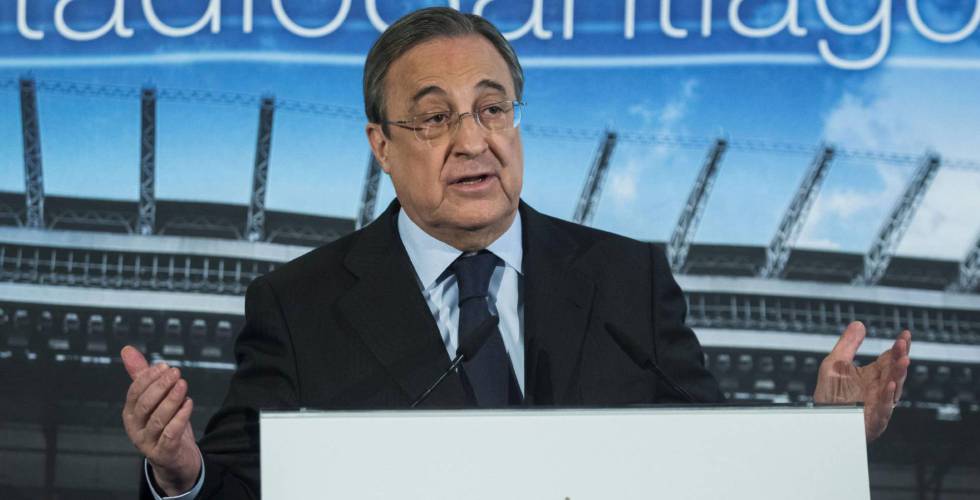 Real Madrid, FC Barcelona and Athletic de Bilbao have launched an offensive to bring an alternative partner to CVC into LaLiga. The three football clubs have referred the rest of the teams a letter with a counter offer and in which they assure that it offers better financing conditions than the British fund, which last August promised to pay 2,000 million for taking 10% of the business over the next 50 years.

According to the sources consulted by this newspaper, the intention of Real Madrid, Barcelona and Athletic is that the other 39 clubs that are part of LaLiga reject CVC’s offer in the decisive assembly that will take place next week (Friday, December 10) in which the presidents of the first and second division teams will carry out the final vote to give the green light to the operation.

LaLiga needs the affirmative vote of 22 of the 42 clubs for approval. As a precedent, in the last vote it obtained the acceptance of 38 of the 42 clubs, all except Real Madrid, Barcelona, ​​Athletic and Real Oviedo.

The alternative offer, promoted by Real Madrid, is advised by Key Capital Partners, one of Florentino Pérez’s historical advisers, who already participated, for example, in the ACS and Atlantis takeover of Abertis. Bank of America, JP Morgan, HSBC, BNP Paribas and Société Générale support the financing, which will be supported by a bond issue, so that banks will not assume risks on their balance sheets, according to market sources.

This is an operation similar to the one that Florentino Pérez has already closed to finance the remodeling of the Santiago Bernabéu stadium. On that occasion, it obtained a loan of 575 million that was supported by a bond issue in the United States led by JPMorgan and Bank of America and which obtained an over-demand of more than twice the amount placed.

In this way, the three clubs that did not accept CVC’s conditions from the beginning will propose a new member who will provide immediate liquidity. Although the amount of the offer is unknown, in their letters to the rest of the clubs Real Madrid, Barcelona and Athletic they assure that it is a proposal with better conditions and higher profitability, since it cuts the duration of the alliance in half, which would become 25 years.

Real Madrid and Barcelona have already expressed their opposition to the agreement between LaLiga and CVC, claiming that there was a risk of losing control of the rights for the next 50 years. The offer of CVC supposed to value the business of LaLiga in 24,250 million, since the initial offer amounted to a maximum of 2,667 million, before the three teams separated from the agreement.

While CVC has successfully invested in other sports, such as motorcycle racing, volleyball and rugby, it has encountered greater difficulties in closing deals in the world of football. The firm has already tried to invest in the Bundesliga in Germany and Serie A in Italy, although the negotiations ended in failure.

For its part, JP Morgan was involved earlier this year in the financing of a European Super League, organized and designed outside of UEFA, and which was promoted by some of the most important clubs in Europe, including Real and Madrid and Barcelona, ​​although it has not culminated in the face of the rejection of fans, politicians and sports institutions.

Soccer clubs are immersed in an income crisis due to the pandemic and for this reason they have looked for financing alternatives. The closure of the stadiums and the cut in television rights caused a reduction in LaLiga’s income of 12% in the 2019/2020 season, up to 2,800 million euros, according to the annual report ‘Football Money League 2021’, prepared by Deloitte and which is taken as a reference in the sector. In the case of FC Barcelona, ​​the drop in revenue was 15%, to 715.1 million, while Real Madrid entered 5.6% less, to 714.9 million. For this reason, LaLiga has promoted the search for an investment partner that provides immediate liquidity and compensates for this drop in income.