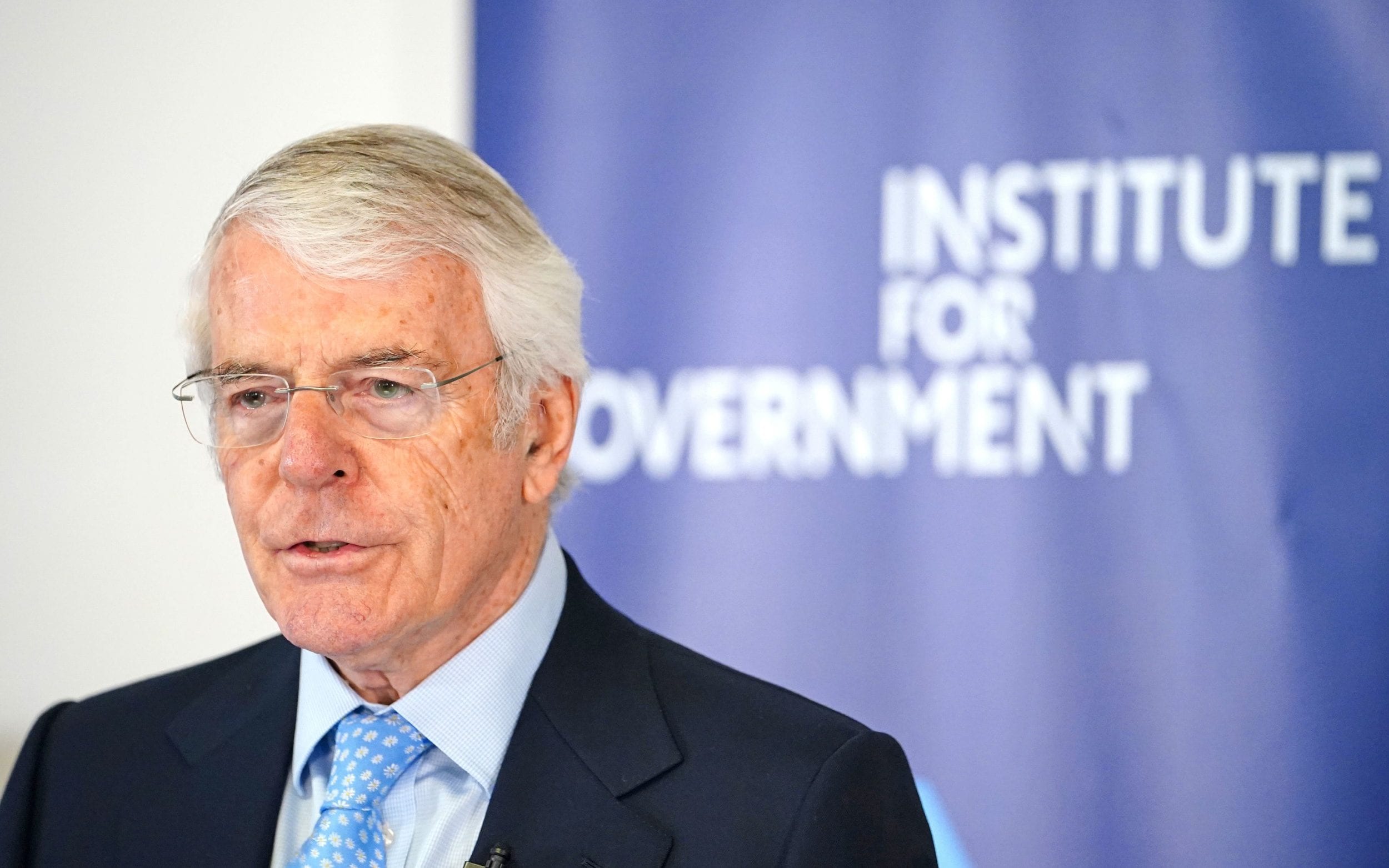 We are living through a time of uncertainty and political turbulence – at home and overseas.

At home, we take democracy for granted: we should not. It is far more complex than simply having the right to vote.

In many countries, there is a widespread discontent of the governed, and democracy is in retreat. Nor is it in a state of grace in the UK.

In the last decades of the 20th Century, the number of democratic countries grew dramatically: the arbiter of civil liberties, Freedom House, classified 110 nations as democratic.

Democrats were so confident that their way of government was the wave of the future that they stopped arguing for it. Their confidence was premature.

In each of the last 15 years, democracy has shrunk a little, as political and civil liberties have been diminished.

In many countries, democracy has never taken root. Where it has, it risks being weakened by populism – often with added xenophobia, or muzzled by elected autocracy.

It is challenged by protest groups or new – and more extreme – political movements. Even our great allies in the United States are facing populist attacks on their democracy. We should beware: when America sneezes, we often catch their cold.

Good government has a duty to deliver unwelcome messages to electors.

This is not easy in a world in which politicians are under continuous scrutiny from an uncontrolled internet, a 24-hour media, and an increasing number of impatient special interest groups.

Under this spotlight, unwise promises are made to placate critics or win votes and – when these are not met – the public loses a little more faith.

The hard truth is that, while the government can do much, it cannot do everything. All problems cannot be swiftly and painlessly resolved on demand: it is an impossible task. if politicians admitted that, it earns trust and respect.

See also  Everything we know about the Kyiv peace talks 'poisoning'

Discontent grows when inequality widens, or incomes stagnate, or problems seem unsolvable. The benefit of the doubt – that most prices of political commodities – is lost when governments are seen to be “failing”.

In the last 20 years, a financial crash, unpopular wars, faltering globalisation, and an unfair distribution of the benefits of growth have all contributed to the present sour resentment of government.

Our democracy has always been among the strongest and most settled in the world. It remains on the conviction that the UK Government acts for the wellbeing of all four of our nations.

With nationalism growing – in Scotland, Wales and Northern Ireland – not everyone shares that conviction.

It relies also upon respect for the laws made in Parliament; upon an independent judiciary; upon acceptance of the conventions of public life; and on self-restraint by the powerful.

If any of that delicate balance goes astray – as it has – as it is – our democracy is undermined. Our Government is guilty, in small but important ways, of failing to honor these conventions.

Power must speak truth to the people

Where governments fall short, candor is the best means of binding up support.

But that candor must be freely offered – not dragged out under the searchlight of inquiries. If it is not whole-hearted and convincing, the loss of public trust can be swift and unforgiving.

We have seen that playing out in recent weeks. Trust in politics is at a low ebb, eroded by foolish behaviour, leaving a sense of unease about how our politics is being conducted. Too often, ministers have been evasive, and the truth has been optional.

When ministers respond to legitimate questions with pre-prepared soundbites, or half-truths, or misdirection, or wild exaggeration, then respect for government and politics dies a little more.

Misleading replies to questions invite disillusion. Outright lies breed contempt. In our democracy, we are able to speak truth to power. But, if democracy is to be respected, power must also speak truth to the people.

And yet, in recent years, they have not been doing so.

There has been cynicism about politics from the dawn of time. We are told that politicians are “all the same”, and this untruth conditions voters to condone lies as though they were the accepted currency of public life.

But politicians are not “all the same”. And lies are just not acceptable.

To imply otherwise is to cheapen public life, and slander the vast majority of elected politicians who do not knowingly mislead.

But some do – and their behavior is corrosive. This tarnishes both politics and the reputation of Parliament. It is a dangerous trend.

If lies become commonplace, truth ceases to exist. What and who, then, can we believe? The risk is…. nothing and no-one. And where are we then?

We are weakening our influence in the world

Parliament is an echo chamber. Lies can become accepted as fact, which – as The Speaker has pointed out – has consequences for policy and for reputation. That is why deliberate lies to Parliament have been fatal to political careers – and must always be so.

If trust in the word of our leaders in Parliament is lost – then trust in government will be lost too. At No10, the Prime Minister and officials broke lockdown laws. Brazen excuses were dreamed up. day after day the public was asked to believe the unbelievable. Ministers were sent out to defend the indefensible – making themselves look gullible or foolish.

Collectively, this has made the Government look distinctly shifty, which has consequences that go far beyond political unpopularity.

The lack of trust in the elected portion of our democracy cannot be brushed aside. Parliament has a duty to correct this.

If it does not, and trust is lost at home, our politics is broken. If trust in our word is lost overseaswe may no longer be able to work effectively with friends and partners for mutual benefit – or even security.

Unfortunately, that trust is being lost, and our reputation overseas has failed because of our conduct. we are weakening our influence in the world.

We should be wary. Even a casual glance at an overseas comment shows our reputation is being shredded. A nation that loses friends and allies becomes a weaker nation.

And when ministers attack or blame foreign governments, to gain populist support at home, we are not taken seriously. Megaphone diplomacy merely increases hostility overseas.

International trust may not be easy to regain.