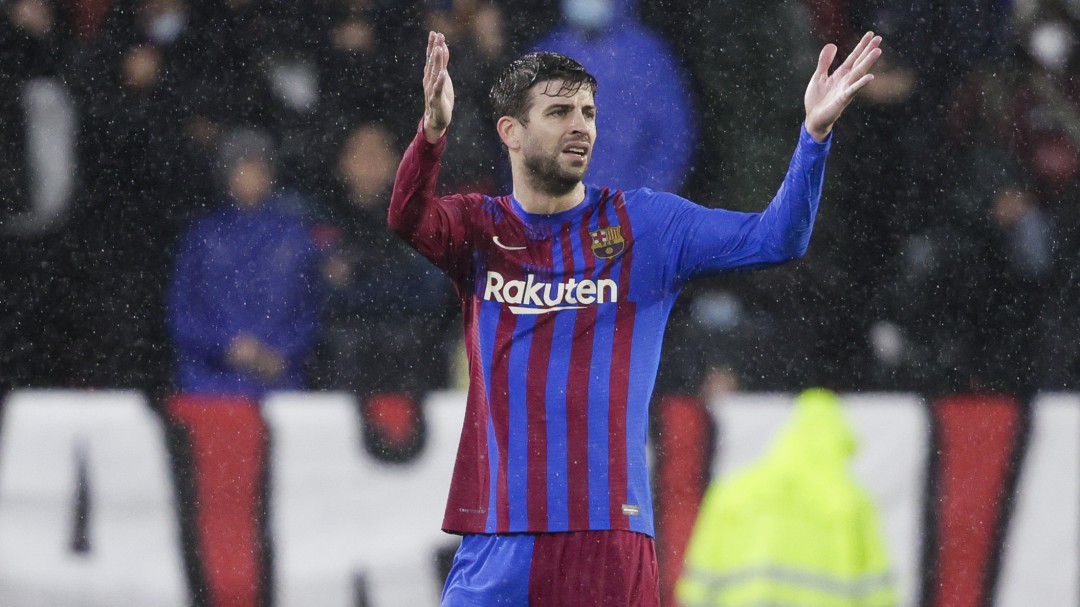 The match between RCD Mallorca and FC Barcelona, ​​which will be held at the Son Moix Stadium, is scheduled to start at 9:00 p.m., and you can follow it live on Carrusel Deportivo, with Dani Garrido and the narration by Lluís Flaquer. On television it can be seen on Movistar +.

Real Mallorca and FC Barcelona will face each other this Sunday in a match conditioned by the numerous casualties in both teams and with fewer fans in the stands of Son Moix as a result of the coronavirus pandemic.

Barcelona presents an extreme situation, with 8 infected, which added to the injured and sanctioned by Xavi Hernández’s team complete a total of 16 casualties.

The Balearic club has four infected players and will not be able to fill the more than 21,000 seats in Son Moix – as was customary in Barça visits – after Health’s decision to reduce stadium capacity to 75 percent.

The eleven that Luis García Plaza puts in the fray to defend three vital points in his goal of maintaining a prudent distance from the relegation zone will have “up to seven casualties,” as announced by the coach.

Four of the absences will be due to covid-19, although the club still does not make their names public. Likewise, the injuries will leave Raillo, Hoppe, Joan Sastre, Amath and the goalkeeper Greif out of the squad, unless some of them experience an improvement in the last hours.

Mallorca will face the game after the bad feelings left in the team by the bulky defeat in Granada (4-1), but with the satisfaction that, whatever happens against Barça, they will close the first round without having been in the relegation zone in any of the 19 games played.

In their stadium, the vermilion team has added 12 points out of 27 points at stake after 2 victories and 6 draws and one defeat; on the island, only Atlético Osasuna has won (2-3), but the streak of draws have slowed their progression in the table.

García Plaza could line up Take Kubo and Kang-In Lee. The Japanese and the South Korean have proven to be decisive in creating the attacking game and both have scored in Madrid: Kubo scored the winning goal in the Wanda Metropolitano (1-2) and Kang-in, the one of honor in the win (6-1) conceded at the Santiago Bernabéu.

In Barcelona, ​​the defenders Dani Alves, although not yet registered, will be killed by Covid-19, Sergiño Dest, Jordi Alba and Alejandro Balde; midfielders Pablo Páez Gavira ‘Gavi’, sanctioned anyway, and Philippe Coutinho; and forwards Ousmane Dembélé and Ez Abde.

In addition, in the center of the field Sergio Busquets will be suspended due to suspension, while Sergi Roberto and Pedro González ‘Pedri’ will be suspended due to injury. Up front, they continue with physical problems Ansu Fati, Martin Braithwaite, Memphis Depay, as well as the new signing, Ferran Torres, who has not yet been registered. Finally, striker Yusuf Demir no longer counts for Xavi and has permission from the club to seek a new destination.

See also  Fernando López Miras: The prosecutor requests the filing of the complaint for the alleged favorable treatment of a relative of García Egea in Murcia | Spain

An extreme situation for coach Xavi Hernández, who will be required by regulation to have at least seven first-team players on the field. For this reason, to complete the line-up you will have to count more than ever on the footballers of the subsidiary. Midfielders Nico González and Álvaro Sanz and forwards Ferran Jutglà and Ilias Akhomach have many numbers to play a leading role.

Barça will start the year with the intention of continuing to get closer to the Champions League zone, now located two points away, after having finished 2021 with a good taste in their mouths thanks to the victory against Elche at the Camp Nou and the draw against Sevilla at the Ramón Sánchez Pizjuán, where one of the best versions of the Barça team this season was seen. Xavi aims to score points and continue to grow in football, despite the circumstances.