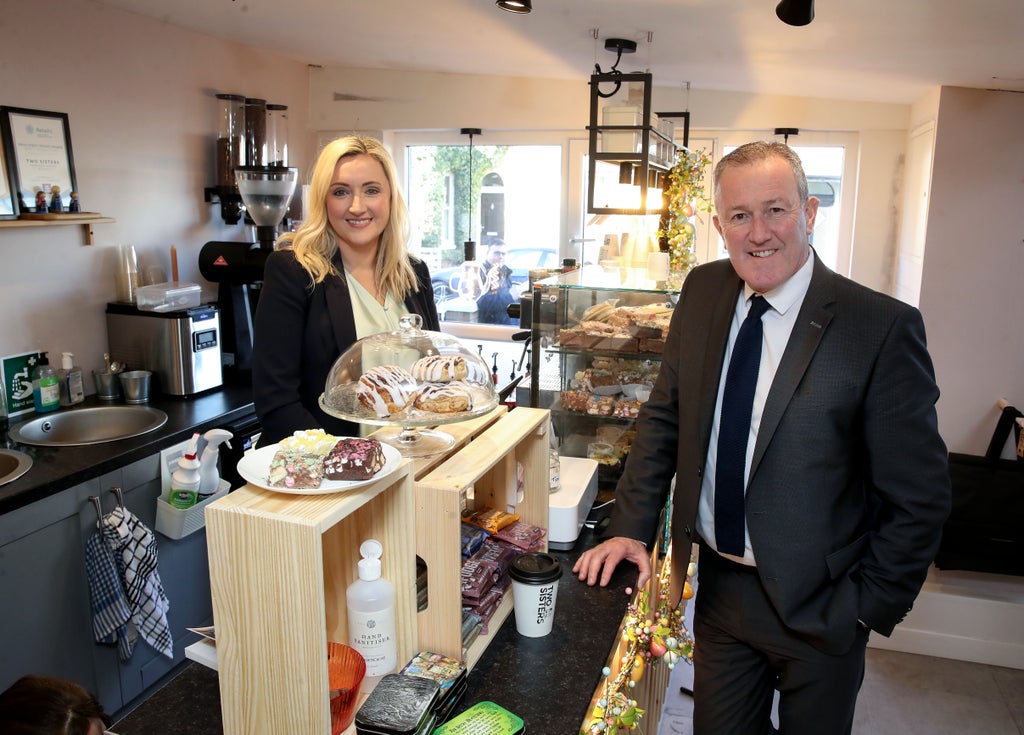 A rates relief scheme for small businesses in Northern Ireland has been extended for a further year, the Finance Minister has announced.

The scheme entitles small businesses to an automatic reduction of between 20% and 50% on their rates.

The extension is the latest financial decision made by Conor Murphy in the absence of a properly functioning executive.

Last month, the minister told the Assembly he would be unable to progress Stormont’s draft three-year budget due to the power-sharing governance crisis – triggered by the resignation of DUP First Minister Paul Givan.

But Mr Murphy said he was able to proceed with other specific policy measures for the coming financial year.

Those included a one-year extension of the current freeze on both the domestic and non-domestic regional rates. The draft budget had proposed a three-year freeze.

The minister secured Assembly approval for the one-year freeze on Tuesday.

In February Mr Murphy also said he would proceed with a proposed £50 million rate relief package for businesses.

On Wednesday, Mr Murphy confirmed that the rates relief scheme for small businesses, which has been running since 2010, will also be extended into the 2022/23 financial year.

Commenting on the overall rates package, Mr Murphy said: “Over recent months I have visited businesses from all sectors across the north. The common message coming from these businesses has been that the holiday rates were a vital lifeline for them during the pandemic.”

The minister this week visited two businesses in Belfast that are set to benefit – Two Sisters artisan food and craft store and Bumbles Day Care.

He added: “Recognizing the cost of living crisis, I had proposed as part of the draft budget a proposal to freeze both the domestic and non-domestic regional rates for the next three years. This freeze was intended to help with the rising costs being faced by families and businesses alike. While a final budget for the next three years has not been agreed by the Executive, I can proceed with this freeze for the first year.

Commenting on the Small Business Rate Relief scheme, Mr Murphy said: “Small businesses are at the core of our local economy and have a vital role in contributing to employment opportunities.

“ I am glad to announce the continuation of the Small Business Rate Relief scheme which currently supports almost 29,000 business premises. The extension of the scheme sends a strong message of the important contribution of the small business sector.

“While it’s not possible to finalize the 2022-2025 Budget businesses need certainty and to be able to plan ahead. These vital measures build on the around £1 billion support my department has provided through rates relief and Covid grants and will give businesses time to recover.”

Patricia Maxwell, the managing director of Bumbles Day Care, said the three-month holiday rates would be a “great help”.

“The holiday rates have been fantastic, particularly for the childcare industry and without the financial support it’s hard to envisage where we would have been,” she said.

“It’s been instrumental in enabling us to think differently about how we do things and how we ensure we keep our environment safe for the children. It has also helped us in relation to our staff team. Without the financial assistance it would have been a very different ball game for the staff.”

Victoria Nicol, owner of the Two Sisters deli, added: “The rates of relief have been really, really helpful for independent businesses like myself. These are really unprecedented trading times.

“Our costs over the last 18 months have increased dramatically and things like the rates of relief being extended for another three months really just help with our fixed costs. It’s a quick win for us in just helping to manage costs and navigate what are very difficult and challenging times.”

See also  Explainer: Who are the major players in Maxwell's sex abuse trial?

Rangers v Hearts: Why Hampden should be a stage for Alex Lowry – but not John Souttar