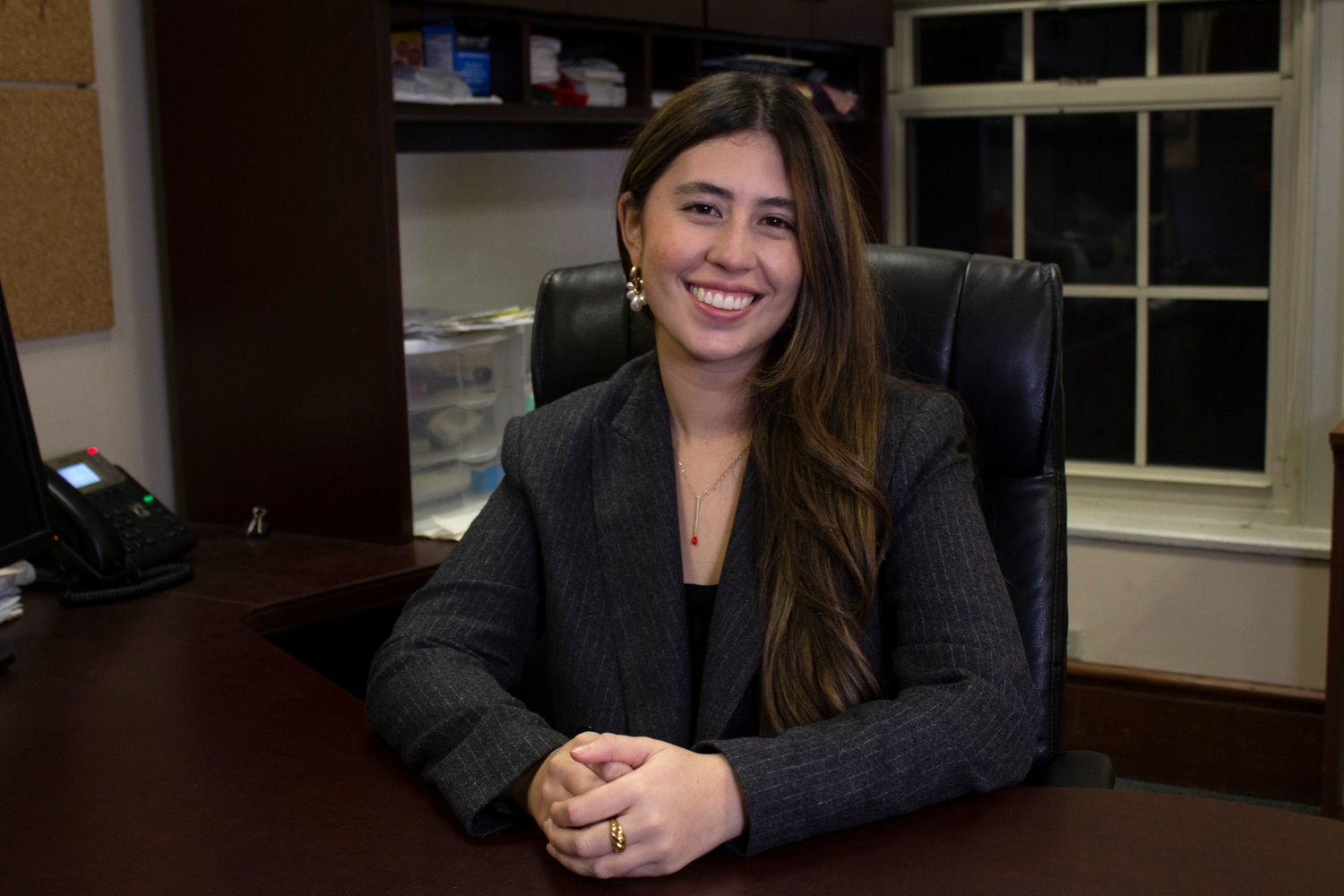 The name of Raquel Coronell was, until a week ago, an unknown name in the world of the media, despite the fact that this young reporter was born in the epicenter of these. “A good part of my childhood was spent in a newsroom,” she says. A 23-year-old from Bogotá, she is the daughter of one of the most important journalists in Colombia and was named this week president of the Harvard Crimson, one of the oldest and most prestigious college newspapers in the United States. Coronell is the first Latina to run this place at Harvard University, in its 148-year history. Its pages were edited or directed by former presidents John F. Kennedy and Franklin Delano Roosevelt, in addition to a number of journalists who today hold important positions in the North American media. But the president’s chair was, for decades, exclusively for elite white men who played golf. Not for a woman like Raquel Coronell.

“I am very aware of my responsibility, I know that I am now in the chair they have occupied,” he tells EL PAÍS from Cambridge. “They built what is today the Crimson but, like all media, they have to evolve, and I am going to work to rise to the challenge ”.

Although Latinos in the United States represent about 20% of the population, in the media industry their participation has remained small. A government report published in September estimates that the participation of Hispanics in newspapers as analysts or reporters is around 11%. And as publishers – those who define what and when is published – it is even lower: 7%. In fact, the report says, the percentage of Latinos in the media industry is the lowest in the country when compared to the percentage in other industries in the economy. “At New York Times, the newspaper with the largest reach, only 7% of the staff He is Latino, ”said Democratic Representative Joaquín Castro when he read the report. “At Washington Post, which is in our nation’s capital, only 5% of employees are Latino. Even in Los Angeles TimesIn a city that is 50% Latino, only 17% of the reporters are Latino. Some of the most respected institutions in the media in this country are largely responsible for cultural exclusion ”.

Raquel Coronell, who is now the visible face of one of those respected institutions, repeated during dozens of interviews to compete for the position that she would make of the Crimson “an open door to Hispanics.” Journalism, he added to the selection committee, must be “a counterweight to power on behalf of the common citizen.”

A vision of journalism but one that Raquel Coronell cultivated after years in the most complicated newsrooms of Colombian journalism as a child, and then years as a teenager as a Latina in Miami. “Journalism, when it is genuine, must be a counter-power,” wrote his father, Daniel Coronell, in a 2016 column. An echo of the journalistic seed that reached Harvard.

“Do you know how little children tend to tell their parents lies? Well, you couldn’t do that in my house, because my parents were always going to discover the truth, ”recalls the new president of the Harvard Crimson.

Raquel Coronell did not learn reporting at the Crimson but in the cradle: she is the eldest daughter of the television presenter Maria Cristina Uribe and the most influential journalist in Colombia, Daniel Coronell, who until recently was news director of Univision. When Raquel was 4 years old, her parents took off News One, as director and presenter, an independent newscast that made courageous denunciations of corruption or human rights violations during the government of former President Álvaro Uribe (2002-2010). “The newsroom was like a second family,” recalls Raquel, eating cookies with cameramen and investigative reporters discussing headlines that would make headlines all week. “I was the most informed girl in kindergarten,” she says.

Coronell understood little of what was happening behind the headlines, but he sensed when the team got tense, not only because of breaking news, but because his parents began to receive death threats since 2004, when his father was investigating whether the Presidency The Colombian woman had bought a vote in Congress to allow Uribe’s reelection in 2006 (she found he did). In 2005, the one who began to receive the threats was Raquel. “The first one we’re going to send to pieces is the daughter,” a man yelled over the phone to the journalist, after describing how the little girl was dressed when her mother left her that day in kindergarten.

Raquel did not quite understand what was happening nor does she remember her parents’ panic, but she was surprised when they had to start moving around the city with escorts. “I remember one day some funeral wreaths arrived at my dad’s office, with our names,” he says about one of the threats. With the help of the Committee to Protect Journalists, the family decided to leave the country and take temporary refuge in California. “From one day to the next we put all our belongings in a couple of suitcases and we left,” remembers Raquel, who thought she was going on vacation. She was an eight-year-old girl living the consequences of censorship.

The Coronells lived for two years in California where Raquel’s younger brother was born, but when they returned to Bogotá the persecution did not stop. “President Uribe was very upset by the reports he was releasing [Daniel Coronell] against him and his family, “said an intelligence director years later when she revealed that the journalist’s communications were being intervened by the government. Still, the Coronells stayed and continued their work with News One. The little girl continued to watch them with the cameras.

“I think my parents have always encouraged me not to be a journalist precisely because of everything we live,” she says about the trauma of that time. “But instead of stopping me, what this did was push me more, because I saw that despite these costs they continued to prioritize the truth and inform people above all else. I’ve always admired that, and I want to be like that as a journalist, and as a person. Prioritize the truth and the mission of doing a public service for citizens ”.

But Raquel Coronell did doubt at one point if she wanted to be a journalist. In 2016, when the family lived in Miami because the father ran the news unit of Univision, she was diagnosed with leukemia. After two and a half years of treatment, he thought that his thing was to study medicine and help heal others with the same condition. But the momentum was short-lived. When she signed up to be a reporter at the Harvard Crimson in February 2020, he found “the power of journalism.”

His articles in the last year and a half are reports on Harvard labor disputes with a union of graduate students, or an open letter to stop rich Cambridge kids who insist on traveling at the start of the pandemic, or a couple on Harvard. Kennedy School, the famous school of Government through which presidents from all over the world such as Álvaro Uribe and his predecessor, Juan Manuel Santos have passed.

“The most challenging thing so far was when Saeb Erekat, who was chief negotiator for the Palestine Liberation Organization, was invited to the Kennedy School, and it was very difficult to get an interview, but the most impressive thing was that a month later he died of guilt. Covid ”, Coronell tells about his interview in which Erekat criticized a negotiated solution to the conflict with Israel without the presence of Palestine, as proposed by Trump. “This was perhaps one of the last interviews he gave in life,” says the reporter.

Coronell is now reporting on the Harvard police – and racism in it – as he prepares for his new position in January 2022. He also considers entering Harvard Law School and turning his career around. “For me the rights of journalists are very important, the safety of journalists, of course,” he says. “So in some way or another journalism is going to be part of my professional life, but I still don’t know if it’s going to be practicing journalism or defending journalists.” As the director of a newspaper, or as a member of a committee that saves journalists like her father, Raquel Coronell is clear that there is no other place in the world for her than among journalists.