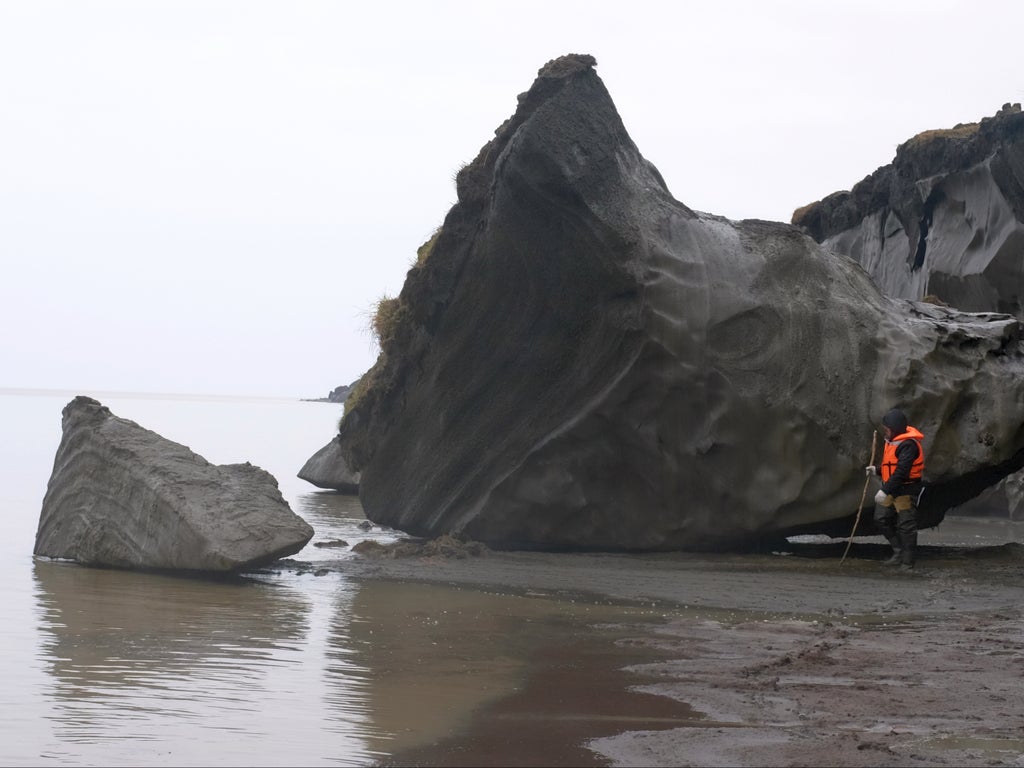 The worsening climate crisis is having an accelerating impact on Arctic coastlines, with more and more land lost to the sea as permafrost thaws, new research has revealed.

The warming of the soil can lead to slumping and ruptures, allowing erosion to speed up, putting coastal populations at risk and also leading to the emission of greenhouse gases previously stored in the earth. These gases also increasingly contribute to the climate crisis, creating a feedback loop of warming.

Scientists at the University of Hamburg used a new combination of computational models to provide insights into the magnitude and speed of these changes, which they said had been lacking, particularly with regard to predicting how Arctic coastlines will be impacted over the coming decades.

The study is the first time the entire Arctic coastline has been analyzed in terms of the future risks of erosion.

The scientists said that unless emissions are sharply brought down, by the end of the century parts of the Arctic could see the rate of erosion more than double – losing up to three meters of coastline a year.

“We have run through a range of scenarios, depending on how much greenhouse gases humanity will emit in the coming years,” said the study’s lead author, Dr David Nielsen from the University of Hamburg.

“According to the study, not only is more and more land mass being lost in absolute terms with each degree of temperature increase, the annual rate of erosion increases – in meters, but also in millions of tons of carbon released.”

The research team said their study provides important information for coastal protection, and for political and social planning in the affected regions.

Meanwhile the estimates of future erosion rates offer an “indispensable basis” for research on interactions between thawing permafrost and the release of carbon in the Arctic, the scientists said.

Dr Nielsen said: “Our findings also show that a shift toward greater sustainability and significantly lower greenhouse gas emissions could slow the acceleration in the second half of the century. However, it won’t be possible to stop the loss of land mass entirely.”

The research team included others from the University of Hamburg, as well as scientists from the Max Planck Institute for Meteorology, the Alfred Wegener Institute, Helmholtz Center for Polar and Marine Research, and the German Meteorological Service.

The work means the team has for the first time calculated the future erosion rates under different emissions scenarios for the Arctic as a whole.

The researchers said this was “an important achievement”, as coastal erosion varies greatly from region to region.

“In the Arctic, erosion is always a combination of thermal and mechanical factors,” Dr Nielsen said.

“Depending on the location and shape of the respective coast, we expect to see varying wave heights.

“With increasing temperature, the range of the waves also increases, because the sea ice disappears. In addition, the ice-free period in the summer is lengthened, making coasts even more vulnerable.”

The research is published in the journal Nature Climate Change.

Sam Gilliam: Abstract painter whose art went beyond the frame