It was a breathless Old Firm derby and despite Rangers piling on the pressure in the second half, they couldn’t work Joe Hart enough to secure anything but defeat at Ibrox.

Giovanni van Bronckhorst side now find themselves six points behind their Glasgow rivals with just six games remaining as they look to retain the Premiership title.

Allan McGregor : Rangers’ veteran keeper came up with some huge interventions to deny Maeda and Abada but will be kicking himself after failing to push strike from namesake Callum away from danger before Rogic rammed home equalizer. 7

JAMES TAVERNIER : Did reasonably well dealing with Jota’s threat but Gers really needed their skipper to do better in the final third. He wasted a couple of set-piece chances while his deliveries from out wide lacked purpose. 6

CONNOR GOLDSON : Celtic would have enjoyed an even more comfortable day had it not been for the Englishman. Unlucky his block on Rogic in the build-up to Celtic’s first goal provided for nothing but two more huge clearances ensured the Rangers remained in the fight. 7

LION BALOGUN : More pain for the defender after Nigeria this week missed out on World Cup qualification. Will regret not putting his header out of the danger zone as Carter-Vickers put Postecoglou’s team ahead. 6

CALVIN BASSEY: Sent a terrific ball for Kent in behind the Hoops defense as Ramsey put Gers in front but immediately undid his good work by letting Callum McGregor wriggle into the box as the visitors hit back. 6

RYAN JACK: Scotland midfielder has provided Rangers with much-needed calm and control since returning from injury but fitness levels struggled as the frantic pace of play persisted. Kept Hatate hushed but the danger was in behind as Rogic ran riot. 6

JOHN LUMDSTRAM : First Old Firm start for the Scouser but gave Rogic far too much space in the first half. Failed to clear the danger as ball bounced in Gers’ six-yard box and paid the price as Celtic snatched their second. Booked after catching Giorgos Giakoumakis late. 5

JOE ARIBO : Lots of nice touches from the playmaker but he was short on end product in a game where they desperately needed a ruthless edge. Wiped out by Starfelt in the box but Collum ruled it an accidental collision. 6

AARON RAMSEY : At last in from the start in a major match, the on-loan Juventus superstar showed his class as he stroked home inside three minutes. He looked sharp in the opening moments but faded along with Gers’ title hopes. 7

Ryan Kent : Great movement from the winger to give Juranovic the slip as he laid the ball on for Ramsey to score early doors but looked short on ideas the longer the game went. 6

KEMAR ROOFE : Alfredo Morelos’ understudy applied pressure well, forcing both Starfelt and Hart into early mistakes but doesn’t have the same physicality as the Colombian. He starved of service until late on but could n’t take two late chances. 6

FASHION SAKALA (for Ramsey, 65): Provided Gers with a spark late on but saw strike pushed away by Hart. 4

SCOTT ARFIELD (for Jack, 65): Replaced the pulling Jack but made no difference to end result. 3 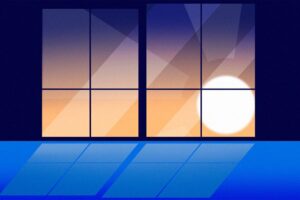