Tonight at 8pm, Rangers will play against Eintracht Frankfurt at the Ramon Sanchez-Pizjuan stadium in Seville in the UEFA Europa League Final.

Excitement has continued to grow since their win against Leipzig in the Europa League semi final earlier this month.

Since their victory, Scots have been traveling to Seville in throngs – and some have had an easier trip than others.

To keep you up to date, here is a round up of stories ahead of tonight’s Europa League Final.

Five Germans have been arrested in Seville after scenes of carnage saw Eintracht Frankfurt ultras try to attack Rangers fans.

Chaos erupted in the Andalusian city on Tuesday night as balaclava-clad thugs launched a series of read flares and lobbed glass bottles at Gers supporters who had gathered in the street to party.

Horrifying footage shared by Spanish media outlets shows baton-wielding riot cops emerge from a convoy of vans while other officers attempt to control the area.

The hooligans brazenly approached heavily-armed officers standing between them and the Scottish fans before hurling their missiles as extra police reached the scene.

Hundreds of Rangers fans were told their Seville flights had been ‘cancelled’ on the morning they were due to fly out for the Europa League Final – before airlines reinstated the trips amidst travel chaos.

Glasgow Airport tonight announced that the 05.00 and 07.15 charter flights to the Andalusian capital on Wednesday morning would not take off.

Carpatair flight V33512 took off from Glasgow Prestwick at 7:15 after being originally scheduled to depart from Glasgow International.

Flight AEZ4252 also took off from Prestwick at 7:45 after being scheduled to leave from Glasgow International.

wo Rangers fans who hadn’t seen each other in more than 15 years have rekindled their friendship after bumping into each other in a pub in Seville.

Jake Quinn, 55, and Gary Craig, 56, grew up together in the East Lothian town of Dunbar and remained firm friends for years.

However, the pair lost contact years ago as life got in the way – and Gary moved to Dublin, where he works as a pipefitter.

Both Ibrox fans traveled to Seville to cheer the Gers on at Wednesday night’s Europa League final against Eintracht Frankfurt, and by pure luck stumbled upon each other in a local boozer.

Jake said: “I came over to Seville on Monday, and was trying to check into the apartment I’ve rented, but it wasn’t going to be ready for another hour.

“I decided I’d go somewhere to get a drink and literally the first bar I walked into, there he was – my friend I haven’t seen for almost 20 years!”

It is a family affair in Seville as different generations of Rangers fans prepare for a tilt at European glory.

Plenty of mums and dads have made their way to Spain with their children for the game, with many Rangers fans seeing it as the chance to share a bit of history with their loved ones.

James Dick didn’t want to take his then-nine-year-old son, Ali, out of school when Rangers reached the UEFA Cup Final in Manchester in 2008.

But the 55-year-old is shelling out to take Ali, now 23, to Seville from Stirling, and both have tickets for today’s game.

Four Rangers fans have been left sickened after losing out on the “trip of a lifetime” to Seville and thousands of pounds out of pocket when their flight was canceled without reason at the last minute.

Ex-pats William Stuart, Graeme Thomson, Gordon McCabe and Allan McDonald were due to depart Auckland in New Zealand for Doha on Sunday evening before flying on to Madrid for Wednesday’s Europa League Final in Seville.

But as they approached the gate to board their Qatar Airways flight, an announcement was made that it had been delayed.

By the scheduled take off time, passengers were advised to make their way back through check-in where they would be put up in a hotel for the night.

If there’s one man Rangers can count on for support in Seville, it’s young “Barry Ferguson” – from Carrickfergus in Northern Ireland.

Kurtis Barry Ferguson Forsythe has traveled to Andalusia with his Rangers-mad family to cheer the Light Blues on, as they fight to secure their first European title in 50 years against Eintracht Frankfurt.

The 19-year-old was officially registered with the namesake of dad Ian’s hero the same day the real Barry scored for the family’s beloved team.

The football-daft youngster – who plays as a right back for Northern Irish Premiership side Carrick Rangers – has even met the Rangers legend and told him the story behind his name.

Tens of thousands of Rangers fans are making their way over to Seville for their Europa League final clash against Eintracht Frankfurt.

The side secured their place in the European final after defeating RB Leipzig 3-2 on aggregate earlier this month.

Spanish authorities and Rangers club officials have been in talks since the historic win, to ensure that fans enjoy themselves safely.

This includes securing designated fan zones for supporter to congregate, while providing enhance transport links to and from the venue.

Here are ten things fans need to know about their stay in Seville. 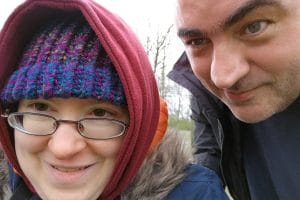