Faced with some tough questions from Celtic, Rangers responded with an emphatic five-star performance.

The Ibrox side will never know how different the league table could have been with Alfredo Morelos to call in recent weeks.

A man-of-the-match display from the Colombian offered an important clue. Reluctantly thrown into a new role as hunters instead of hunters, a third-place clinical destruction of Hearts steadied the ship after a week of testing. 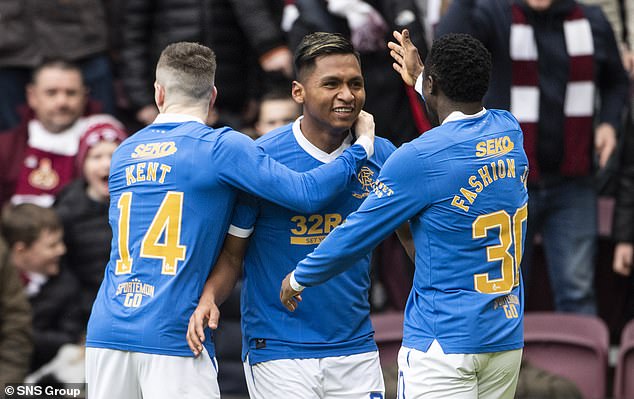 The importance of Morelos to this Rangers team cannot be understated. Called up for World Cup qualifiers against Peru and Argentina, the fact that the top scorer didn’t make it to the bench for either was an irritating matter as the champions played four games and earned just five points out of 12. possible in his absence.

The striker’s return was timely and medicinal. Hearts defender John Souttar was spared the ordeal of playing against his future employers and Morelos took advantage of a visiting defense further weakened by the loss of Craig Halkett and Michael Smith to score a brace and take his total for the season to 15.

With the encouragement of the first ball kick, he opened the scoring at 14 minutes. A goal against at interval that Robbie Neilson lobbed to a second striker late in the second half in a display of attacking intent paid a heavy price. Hearts pounded on the door until a terrific second for the returning Rangers hero opened the floodgates and Glenn Kamara, Scott Arfield and Fashion Sakala added their own punches. With a comfortable lead, van Brockhurst called up new loan Aaron Ramsey off the bench for his first Rangers appearance with 15 minutes remaining.

After the 3-0 thrashing of Celtic there was an air of uneasiness around Ibrox before kick-off. A 4-0 thrashing of Motherwell by their bitter rivals opened a four-point, 14-goal gap before kicking a ball. At the end of a reassuring victory, the margin was back to a single point, goal difference back to single figures. Rumors of a Rangers implosion remain premature.

Morelos found his range with a hard-hitting low shot collected by Craig Gordon after eight minutes and never looked back. If useless facts are your thing, then the striker’s Scottish goalkeeper save was his 100th in the Premiership this season. He had no chance to pass the century when the Colombian scored his 14th goal of the campaign moments later. 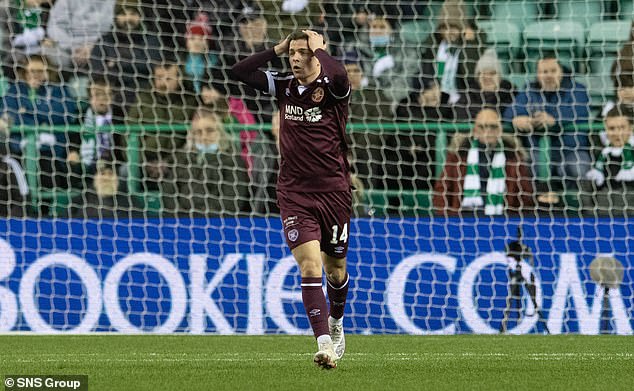 A beautiful pass from Calvin Bassey split the visiting defense and sent Ryan Kent into space down the left flank. A perfectly weighted center chose Alfredo Morelos to volley the ball into the net. It was a beautiful goal.

In a 2–0 win at Tynecastle Rangers he scored twice in the first 13 minutes. Here, as then, the game should have ended in jig time.

Criticized for his midweek display against Celtic Kent, it was rather here, with three assists on goal. Given the run from the left flank against unconvincing new Hearts right-back Matt Atkinson, he should have claimed a goal or two when he cut twice from the left in the first half and swept right-footed shots to within inches. away. mail. If he had gone down, Kent would also have earned a jersey-pulling penalty in the penalty area.

As an attacking force, the Hearts were hardly seen. Aaron McEneff, given a spot on the right in an unusual starting lineup, wasted half a chance to level when Barrie McKay picked the right number at the near post. Before halftime, a well-timed block by Connor Goldson also prevented Alex Cochrane from scoring after a deft pass from Liam Boyce.

The late bloom offered hope to Hearts boss Robbie Neilson. A goal down at half-time when they were still in the game and the arrival of Everton striker Ellis Simms on loan to McEneff at half-time signaled a bolder approach. So almost a two-goal game changer against Celtic the other week, the forward added presence and physicality. 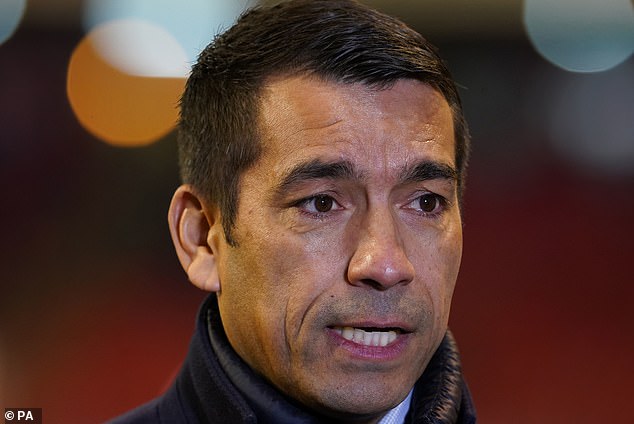 The plan almost worked. Atkinson was inches from a leveler when he slid late in the back to drive Stephen Kingsley’s deep cross up the other side of the post.

Two minutes later, Rangers had a major disappointment when Calvin Bassey, restored to his natural position at left-back, fell woefully short with a headed back pass. The ball landed perfectly for Hearts midfielder Cammy Devlin to lob the ball over Allan McGregor; the ball fell wide of the far post when he really should have scored.

If Hearts had seized one of those opportunities, the mood around Ibrox would have changed in an instant. A second goal out of nowhere for Morelos after 63 minutes raised the tension and proved the signal for Hearts’ collapse.

Trying to find Ryan Jack with a through ball, Morelos broke the ball off Hearts defender Stephen Kingsley. There was still work to be done, a sublime 20-yard drive wedged into the net beyond Craig Gordon’s helpless dive.

A hat-trick would not have been more than the striker deserved when he scored on goal in the 68th minute. Craig Gordon’s legs prevented a successful goal, but the resistance was short-lived.

Glenn Kamara had been on the pitch for three minutes in place of Ryan Jack when he made it 3-0. As Hearts chased the game, gaping holes began to appear in his defense. A brilliant first play from Morelos sent the substitute running towards goal, Kamara brilliantly kept her composure to avoid Alex Cochrane’s desperate lunge and net the third goal.

A fourth goal came with 15 minutes to go, Scott Arfield’s last act of the day slamming the ball into the net after the midfielder was slipped in by a deft pass from Ryan Kent. Gordon saved his first try, but didn’t stop the second.

The addition of Aaron Ramsey for him kept the feel-good factor around Ibrox after a difficult week for Giovanni van Bronckhurst’s side. The Welsh superstar could have marked his first appearance with a goal six minutes from time. Switching to the right, Kent showed blistering pace to get past Kingsley, a low cross from Ramsey until his fellow substitute Fashion Sakala killed it with a touch and pushed the fifth goal past Craig Gordon.