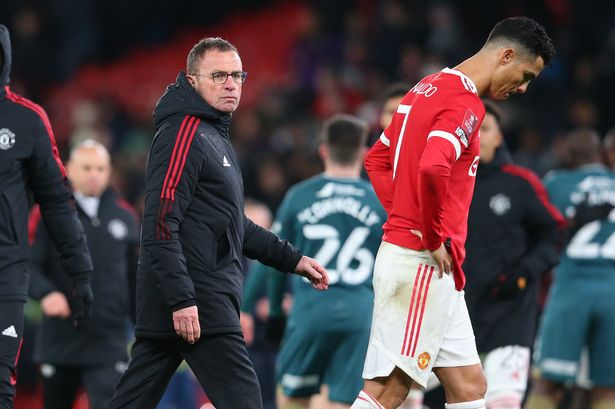 Romance in football is a floating thing. Some may say it’s dead. That’s not quite the case but when romance comes face to face with cold, hard reality it almost always ends up face down in a ditch.

The latest such example of a great football romance coming to a heartbreaking end came on Sunday as Marcelo Bielsa left his post as Leeds United manager after three and half years. Where countless others had failed, Bielsa succeeded in revitalizing a toppled giant of a football club and restored a city’s love for its club.

The Argentine returned Leeds to the Premier League after a 16-year exile and kept them there but the chances of him being able to do that for a second season looked increasingly slim. Without several key players due to injury and a steadfast refusal to change his ways, Leeds took the action that everyone at the club knew had to happen but yet still did not want it to.

Romance isn’t dead. If it was, a coach as revered as Bielsa would not have rocked up at Leeds and he would not have had the success he has. But it can’t last long in a cut-throat business when so much is on the line.

Romance isn’t dead. If it was, Manchester United fans would not have been able to witness the return of Cristiano Ronaldo. Their hero who departed 12 years prior and went on to become even more of a phenomenon came back to Old Trafford last summer and many rejoiced. But this love story doesn’t look like it’ll have a happy ending, either.

Ronaldo had a great impact during the first few months of his England comeback, scoring 14 goals in his first 20 appearances. United would not have made it out of their Champions League group if it was not for his crucial six strikes from him.

But since the turn of the year, he has managed to score just eleven in 10 games, which includes his worst drought since 2008-09. It’s not just that the usual dependable source of goals has dried up, though, it’s that he isn’t offering much else on the pitch.

Ralf Rangnick has very few striker options at his disposal at present so has been forced to persevere with the Portuguese despite a string of anonymous performances. While a player not pressing to the extent that it’s as though you’re playing with 10 men may be worth it if it’s leading to goals, it’s simply untenable if they are not. United are constantly playing at a disadvantage and it has cost them.

For perhaps the first time in his career, Ronaldo seems to have lost confidence, too. He cuts a frustrated figure on the pitch, constantly wearing his annoyance on his sleeve and storming down the tunnel upon full-time.

Nothing is going right for him and now 37 it’s completely understandable if he can no longer consistently play at the ridiculous level we have come to expect. But that does mean his place in the side can not be a guarantee.

Thankfully, it appears that Rangnick knows that. MEN Sport understands that the German has major reservations about the prospect of Ronaldo still leading United’s attack next season and that his patience is wearing thin.

It won’t be Rangnick’s decision if he leads the line or not next year as his time as an interim manager will come to an end in the summer. But what this stance does show is that he could be a success when he moves into his consultancy role.

A major factor in United’s struggles in recent years has been that footballing decisions have been made by people in charge whose first concern and knowledge wasn’t football. Priorities have been elsewhere.

While that may have been of benefit to profit margins and commercial partners, performances on the pitch have continued to decline. To try and stifle fan unrest, footballing decisions have then been made to pull on sentimental heartstrings and enrapture supporters. Multiple big-money signings even if the players actually weren’t good, hiring and continuing to stick with Ole Gunnar Solskjaer as manager, repeatedly saying a director of football will be hired and never doing it, bringing Ronaldo back.

Having a man with Rangnick’s experience and success in running football operations in place to make these decisions instead should put an end to this ‘heart over head’ thinking that he has plagued United for so long.

It remains to be seen how much influence Rangnick will actually be afforded in his consultancy role but by taking a stance on Ronaldo that forgoes any influence due to his reputation or emotion, he has shown that he can make the cold, calculated and difficult football decisions that United need someone to finally make.

Catch up on all the latest United news right here.