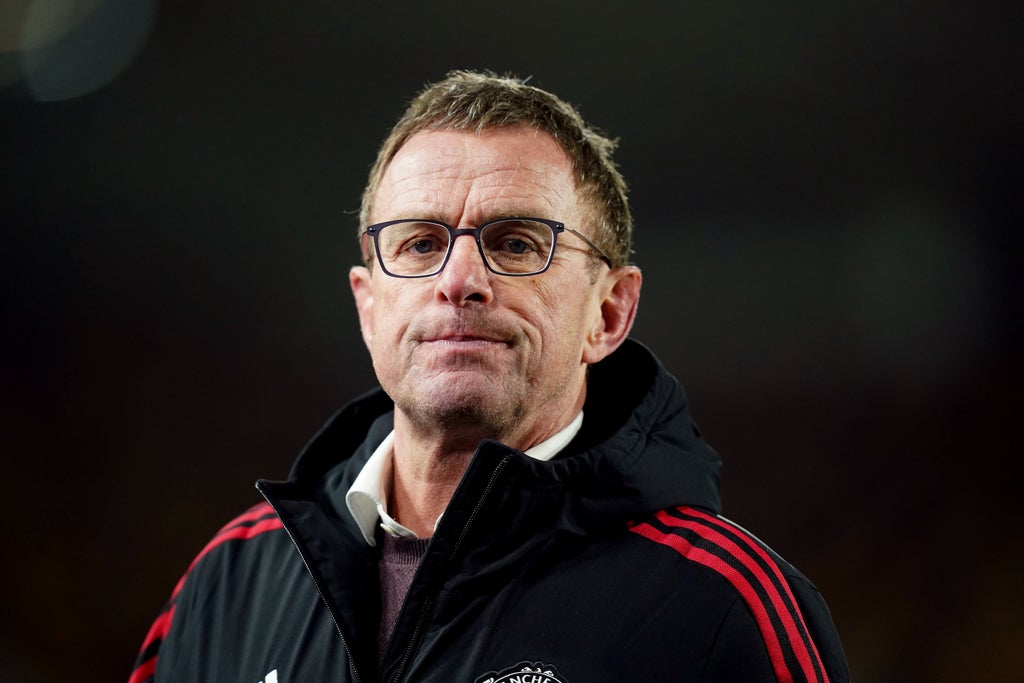 Ralf Rangnick says wasteful Manchester United only have themselves to blame after making an embarrassing early FA Cup exit at home to Middlesbrough.

A year on from steering Sheffield United to a shock Old Trafford win, Chris Wilder led Championship side Boro to an even more surprising victory as the competition’s fourth round got off to a stunning start.

Jadon Sancho put United into a deserved lead after Cristiano Ronaldo uncharacteristically missed a penalty, but their continued profligacy in front of goal gave the visitors a chance to claw their way back.

Matt Crooks, a former United youth player and lifelong fan, leveled in the second half – a controversial goal given Duncan Watmore handled before he crossed – and Bruno Fernandes then somehow hit the post when he looked certain to score.

The match ended 1-1 and remained so after extra time, with United striker Anthony Elanga’s missed penalty eventually sealing Boro an 8-7 shoot-out win to the delight of the 9,500 visiting fans.

“We gave away too many chances, especially in the first half,” United interim manager Rangnick said.

“We should and could have easily been up 3-0 after 45 minutes and even in the second half we missed some great opportunities, even after they scored their goal that shouldn’t have stood.

“But Bruno’s chance was almost like a penalty as well, so we have to blame ourselves for giving away and wasting too many opportunities in the game.

“And, in the end, if it’s on penalties it’s also a question of luck and in the end we lost that game and we are all incredibly disappointed.”

Elanga was consoled by Ronaldo, among others, after his penalty miss, with supportive fans singing his name at the end of a night when Edinson Cavani and Jesse Lingard were absent.

The Uruguay striker was given additional time off after international duty and Rangnick said Lingard requested time to clear his head after a January exit was blocked – something the player has denied.

Asked if he regrets those decisions, the United boss said: “No, because he played for Uruguay on Wednesday.

“With the jet lag and the travel arrangements, I don’t think it would have made sense. He would not have been in the squad anyway.

“And with regard to Jesse, I told you what my information was and my knowledge was, and of course I would have loved to have Jesse in the squad.

“We were one outfield player less on the team sheet today, so why should I have allowed him to have four or five days off?

“I would have loved to have had him in the squad and be in the squad, but it was not the case and therefore it doesn’t make sense to speak about players who were not available.”

United’s FA Cup exit means they now only have an outside chance of ending their five-year wait for a trophy with the Champions League their only route to silverware.

As for Boro, manager Wilder is delighted to be in Sunday’s fifth-round draw after a night of grit and drama.

“The FA Cup’s alive and kicking, especially in Middlesbrough tonight,” he said. “The scenes at the end. I spoke to the players about making memories.

“We were up against world-class players and rode our luck at times, but we showed plenty of spirit and took one of our opportunities.”

Asked about the controversial decision to award Crooks’ goal despite Watmore handling the ball in the build-up, Wilder told ITV: “I thought straight away it was handball.

“My initial reaction was that it was going to be chalked off and I was delighted that it wasn’t.”

Meanwhile, United have released a statement apologizing to fans after a technical issue meant there was no food or drink available at half-time.

The stadium announcement led for fans to call for club owners the Glazer family to leave.

A United statement read: “We can confirm that Old Trafford was affected by a power surge shortly before tonight’s game and this caused the failure of some stadium systems, including tills in our food and beverage kiosks. We sincerely regret the disappointment and inconvenience this caused fans. All remaining hot and perishable food was given away for free to supporters as they left the stadium.”