Ralf Rangnick said he could not understand the boos directed at Manchester United defender Harry Maguire before England’s friendly against Ivory Coast this week and has insisted they would not happen at Old Trafford.

Maguire’s name was jeered when the teams were read out at Wembley before England’s 3-0 win on Tuesday night, with England boss Gareth Southgate calling the fans’ response “a joke” before several of Maguire’s team-mates spoke up on his behalf.

Rangnick said he had not spoken to his club captain since he returned from international duty, but said he retained full belief in the £80million signing.

“He knows my position towards him,” Rangnick said. “He’s been a very valuable player for the team and the club, the captain. I didn’t understand what happened at Wembley, it won’t happen in our stadium with the Red Army.

“He’s been playing well for Manchester United and England in the last couple of years. Gareth Southgate said something after the game and Harry Kane. I didn’t watch the game but I heard what had happened after they announced the starting line-up. It is difficult to understand.”

There was a mix of cheers and jeers when Maguire was substituted during United’s home defeat to Atletico Madrid last month, but Rangnick insisted Maguire could expect the full backing of the Old Trafford crowd for Saturday’s match against his former club Leicester.

“I don’t speak to the (fans) in person but I’m pretty sure it won’t happen in our stadium,” he added. “For it to happen in an international game is unusual.”

Asked why he felt Maguire’s form had been getting so much scrutiny, Rangnick said: “I don’t think this is a personal thing, it hasn’t anything to do with Harry himself.

“We know there are one or two players who have been criticized in the last few months, for example Fred, who is a very important player for this team and Brazil.

“Maybe it’s still got to do with the high expectations around this club and people tend to compare with former players and legends. Fred, Scotty (McTominay) and Harry are important players and players with the right attitude.”

The international break also saw Paul Pogba give an interview to French newspaper Le Figaro in which the France midfielder – out of contract this summer – said he was “not at all” satisfied over the five years he had spent at United following his return from Juventus .

Rangnick tried to downplay his comments, but also said Pogba should not complain about being asked to play in different positions after Pogba questioned his role at United.

“I’ve got enough to do now to prepare the team for the next game,” Rangnick said. “Tomorrow’s game is another important one and I don’t think it makes sense to interpret or just judge what he has maybe said in an interview, it doesn’t make sense.

“That’s something you can do if you want. For me, it’s only important to judge him. I heard he said he had played in different positions in the last couple of weeks.

“Yes, of course, since the game against West Ham on January 22, we have lost three strikers since then – Anthony Martial, Mason Greenwood and even with Edinson Cavani – who is injured again, unfortunately, and will be out for the next couple of weeks.

“And, on top of that, if Paul was still injured himself, then players like Bruno against Tottenham or Scott McTominay are missing, then, of course, somebody else has to play in a different role. And if this is somebody like Paul, who is flexible and can play 6, 8, and even 10, then this is normal.” 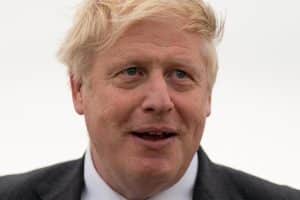