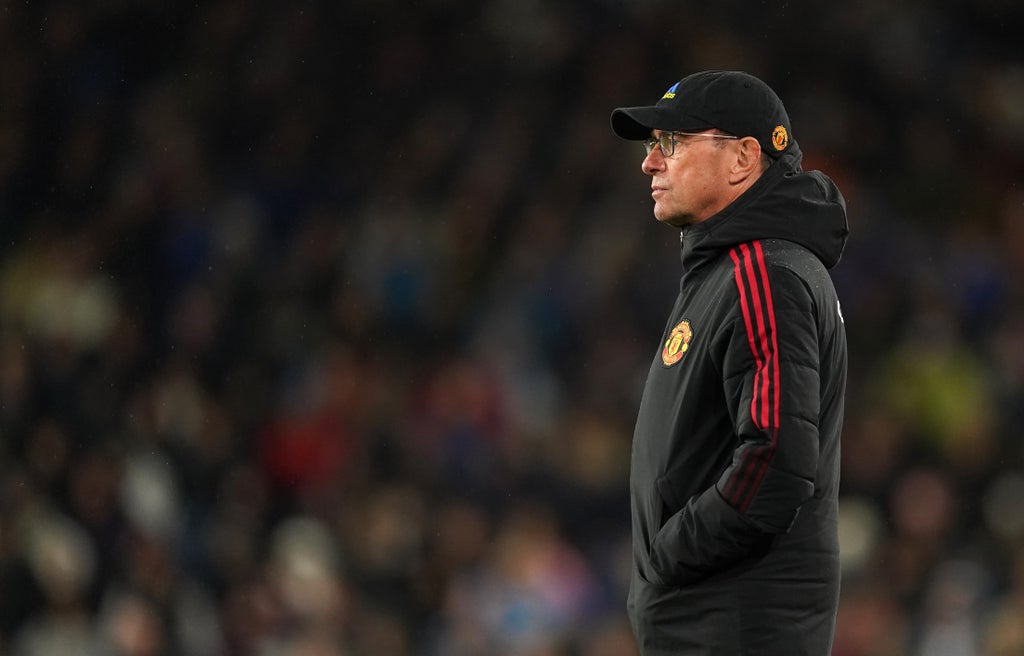 Ralf Rangnick admits finishing fourth in the Premier League is the best Manchester United can now hope for this season as he said his players have made it “too easy” for their opponents in recent weeks.

United have led 1-0 at half-time in their past three fixtures only to be pegged back after the interval, something Rangnick has looked to address with the help of club psychologist Sascha Lense.

The second-half setbacks have seen the Red Devils knocked out of the FA Cup on penalties by Middlesbrough and drop Premier League points with 1-1 draws against Burnley and Southampton.

Rangnick admits his side have been unable to keep up their intensity for 90 minutes and now the interim boss wants to see improvement.

“Especially in the last three games it was very sad that we didn’t win those games. This cost us four points in the league and the next round in the cup.

“The players understand and feel how and why we are doing a good job and now it’s about doing that sustainably for an entire game and this is exactly what our next step is that we have to take.

“We didn’t concede a single goal the last weeks in the first half, but the next step is to raise our level and to stay focused physically, mentally, tactically, we just gave away those goals too easily.

“Look at all those goals that we conceded in the second half. It was just too easy and it was also our own mistakes that we made to allow the other teams to score.”

Rangnick brought in Lense as part of his backroom staff when he was placed in interim charge following the sacking of Ole Gunnar Solskjaer – and he is already utilizing the expertise of the former Germany youth international.

“Obviously when you’re 1-0 up and in three consecutive games concede an equaliser… this also affects the mind of the players,” he said.

“That it affects also the mindset of players is obvious, they are still human beings. They are not robots. This is what I mean by taking the next step.”

United now go into their rearranged home clash with Brighton on Tuesday night needing a victory to move back into the top four, which Rangnick says must be the target this term before the club appoint a permanent boss in the summer.

“Right now this is exactly what Manchester United needs to want, to finish fourth in the league,” he said.

“I think this is the highest possible achievement that we can get with no other things.

Rangnick also conceded that pressing the opposition is not something that comes naturally to his players.

“What he said was that we are not a naturally born pressing team with a lot of players in their DNA to press all the time,” he said.

“This is normal. I mean, they haven’t been doing that in the last couple of years and to change that into a pressing team all the time is difficult during the season.

“For us, it’s important that we pick the right moments when we strive to be proactive, to be able to press, the best possible counter-pressing and even if this is not possible, to stay and not to easily be outplayed.

“Those were the moments where we had to suffer when we conceded the goals, too easily some of them in transitional moments when we’re almost over-anxious.

“We were not ready at the right moment and then saying: ‘Oh, we should have pressed,’ coming then one or two steps too late and then giving the other team the space to be on the counter-attack.

“I think this has also got to do with not only tactical discipline but also the need to be clever, smart enough to realize now it’s not possible, then just stay in position, keep your shape and keep your formation and then still make it difficult for the other team.”