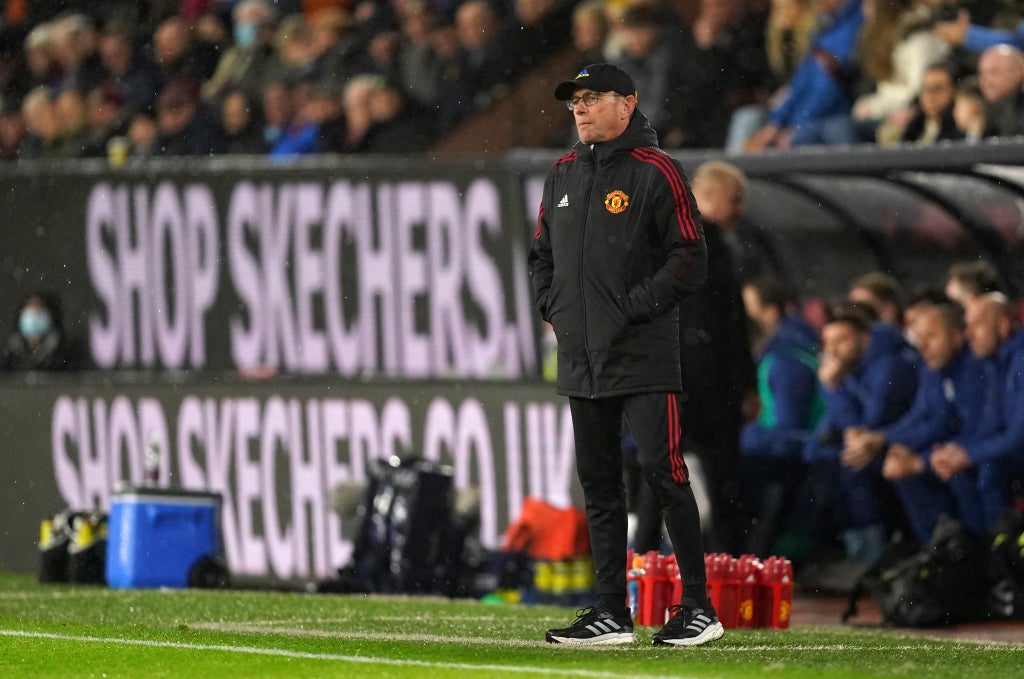 United dominated the first half at Turf Moor but, after two strikes were ruled out, had only Paul Pogba’s first league goal in over a year to show for it.

And that proved costly as Burnley emerged from the tunnel a different team after the break, leveling swiftly through Jay Rodriguez’s 100th league goal – and first in 50 league appearances – before threatening a winner through the lively Wout Weghorst.

Coming after Friday’s FA Cup exit at the hands of Middlesbrough, it was another frustrating night for United, whose problems remain obvious at both ends of the pitch 12 games into Rangnick’s interim reign.

The German criticized the officials for disallowing first a Raphael Varane header because Harry Maguire had been offside, then a Josh Brownhill own goal because Pogba had fouled Erik Pieters in the build-up, but accepted his side had not done enough.

“But yes, at the end, in the last 25 minutes as I said we had a lot of set-pieces, a lot of free-kicks, corner kicks. In the end it was also a little question of luck, with (a chance for) Rafa Varane, the header of Cristiano Ronaldo, the header of Harry Maguire.

“But again, in the end, one point for a performance like this is just not enough.”

Rangnick was particularly unhappy to see the Brownhill own goal ruled out.

“I watched it right now in the locker room and the linesman flagged for a foul (on Pogba), but flagged 10 seconds after the incident and this was a very soft decision I must say,” he said.

“But again, we played an excellent first half. I thought we controlled and dominated the game. We scored three goals, but two were disallowed and then the second half, the first 15 to 20 minutes, we were just not aggressive enough.”

West Ham’s 1-0 win over Watford saw David Moyes’ side climb back above United into fourth, while Arsenal could move above them on goal difference if they win at Wolves on Thursday.

The point was of more use to Burnley, though Sean Dyche knows his side must add to their solitary win this season if they are to move off the foot of the table. Though the final whistle was greeted with a huge cheer, Burnley’s gap to safety grew to four points on the night as Newcastle beat Everton.

“It’s not an easy situation, we’re factually bottom of the league,” Dyche said. “I don’t think we should be but there we are. We’ve got to correct it and it’s difficult playing against Manchester United.

“There might be some noise about them at the moment but you look at that team sheet and they’ve got top, top players. We didn’t get to grips with the performance but we stayed intact and at half-time I asked a bit more of a few individuals, I thought we carried a few. But it was a very good reaction afterwards.”

Dyche had made the decision to shift Maxwel Cornet to the wing in order to bring Rodriguez in as a strike partner for Weghorst, and was repaid with a long-awaited landmark goal.

“He’s a very good player,” Dyche said of the 32-year-old. “He’s never had a true run for us with injury and Covid and the rest of it but over the years he’s shown what a pro he is. He stuck at it in the first half diligently and then in the second half he pops up with the goal.