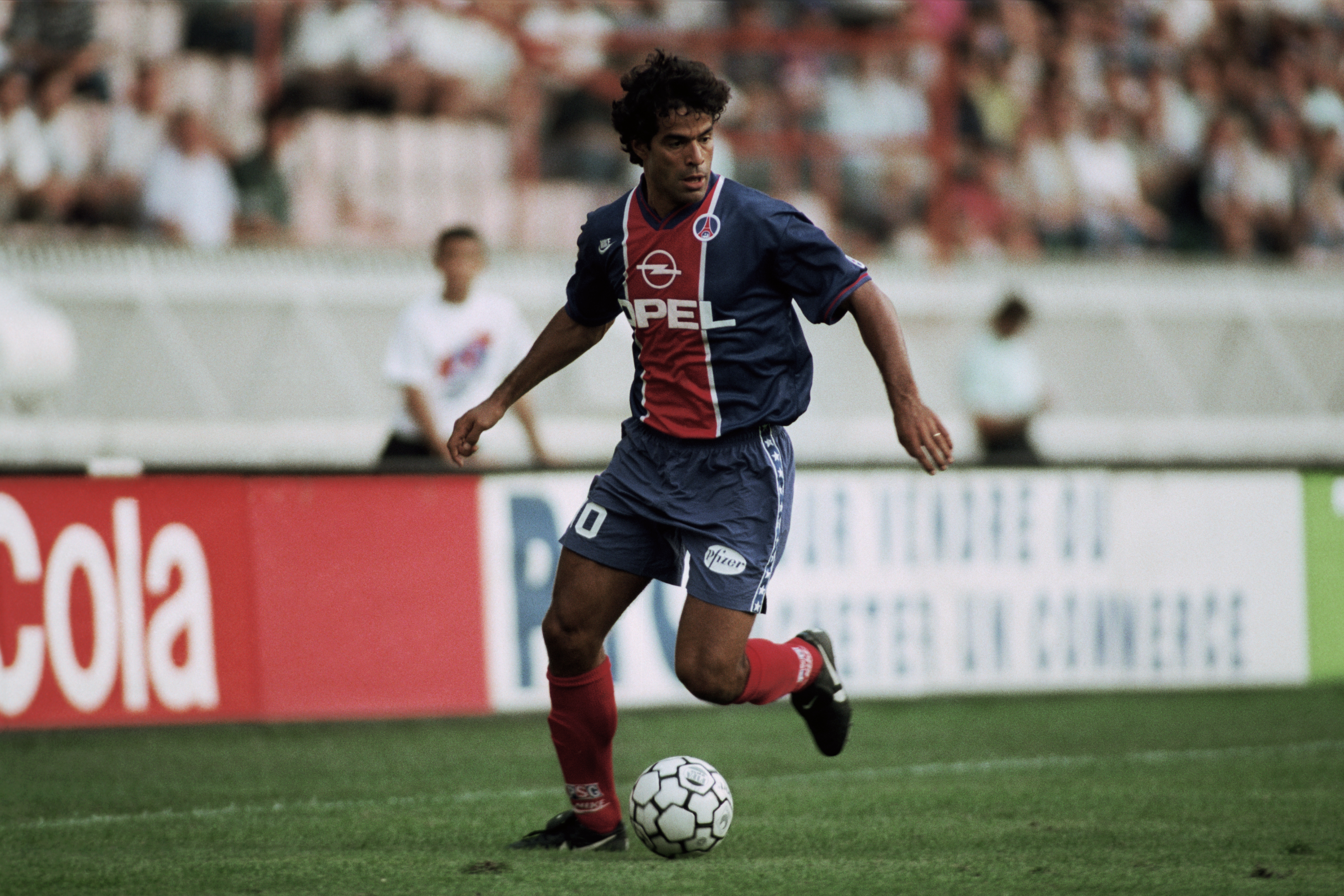 The football family tree records few cases where a talented brother succeeds another talented brother in the top competition. No case is comparable to the hierarchy successively achieved by Doctor Sócrates and his little brother Raí Souza Vieira de Oliveira (São Paulo, 56 years old), world champion in 1994 and evoked in Paris as the true founding hero of the PSG universal brand .

Ask. What was it like growing up with a brother who is globally considered a football god?

Answer. Socrates was a great man. He was 11 years older. When I turned 10 he was already a professional. He is still a medical student but already a soccer professional. My first conscious memory is of a mixture of brother and idol. I was a fan of Botafogo, in Ribeirão Preto, the club where he started. I went to see the training sessions and the matches, I made flags, I moved with the crooked one. My feelings towards him confused extreme sensations. I was very proud. I felt privileged to be able to live with someone I admired. We were six brothers, all men, and sport was always present in my house. Not just for Socrates. My other four brothers also played soccer very well.

P. Wasn’t it hard growing up with a giant? Didn’t he think that he would never reach that level?

R. It was very hard. I didn’t even think about being a professional. I started playing in the street, at school, and since I didn’t think about earning a living, I didn’t have any pressure. I entered a club when I was 13 years old, and at 14 I began to feel the weight of comparisons. There I did begin to question whether I should be professional and submit to so much pressure from such a young age. People said that I had to look like Socrates, that I had to be on the same level. That was impossible for a young man. I considered leaving it. But the love for competition, for football, and of course, the gift, the talent, helped me. I had a competitive side to it that worked in my favor, as it made me want to overcome that pressure to show that I had my own worth.

P. Did that pressure transform you into a more hard-working and self-sacrificing footballer than your brother?

R. It made me run more. He was technically similar to my brother. But the pressure made me a more pragmatic athlete. I thought that to overcome the comparison with a genius I had to work much harder on the physical part, make an effort to move more on the court, take good care of my body.

P. You are taller than 1.90. To what extent was it not extra wear and tear to be so slim and heavy in a role like midfielder, where he had to cover the entire pitch?

R. My body was very strange for an interior that reached the opposite area. I had to overcome many difficulties with game intelligence and also with tactics.

P. In 1992 you played in the Copa Libertadores final against Bielsa and Pochettino’s Newell’s, and in the Intercontinental final against Cruyff and Guardiola’s Barça. He won both titles by giving exhibitions. How do you remember?

R. I don’t remember the details of the crossover with Pochettino. He was a smart player, like Guardiola. The two decided to use that intelligence as coaches.

P. Why, once you became the best player in America, after beating Cruyff’s Barça, did you decide to sign for PSG?

R. He was going to turn 28 and there were several interested teams, but PSG came with a formal offer the first, in December, in the middle of the season, with two incentives. First, that two friends from the national team played there, Valdo and Ricardo. Second, the fact that he was very attracted to French culture. The possibility of living in Paris weighed heavily, in addition to knowing that it was an ambitious project. It was the challenge of raising a young club to another level of European football.

P. Did your arrival change the identity of the club, in the sense that from then on a very strong link was created with Brazil?

R. Valdo and Ricardo had a lot of charisma and the three of us created a relationship with the fans, an identity. I also became, in addition to a player who won titles, a leader. I was captain for four years and that marked the style of play. The French admired Brazilian football, and I identified with the club and the city. That left a strong mark. Now when you see PSG without Brazilians you feel something is missing. The team needs that touch.

P. You played behind Ronaldo Nazario [en Brasil] and of Weah [en el PSG]. If he had been president of a club, which one would he have hired?

R. I would not have forgotten Romario and Bebeto. The decision would have been very difficult. Ronaldo and Weah were very similar players who unbalanced any match. But when I see Romario’s time at Barcelona I think he was unbeatable.

P. How did Ronaldo and Weah ask for the ball?

R. They were both very fast and strong. They always asked for it at the foot. Sometimes the easiest thing was to throw it into space so that they could finish with one touch, but they wanted to receive the ball with the defenders in front of them to be able to overwhelm them. They preferred duels. You just had to try to give them the ball with a certain advantage to face.

P. What does Mbappé have that distinguishes him from them?

R. It is quite similar. Technique and power aside, I think Mbappé can be even faster than them.

P. PSG is a team full of talent. What does it need to be more regular and more dazzling than it has been?

R. It is a matter of finding a balance. To find it, everyone’s participation is needed. The team must be compensated with the ball and without the ball. It is Pochettino’s great challenge: to find the balance in which these great cracks can feel complementary, something that has not yet happened. But these players are not only outstanding. They are intelligent and have the conditions to achieve it. At the moment the collective is not collaborating with individualities. It is a process that not only has to do with what happens on the field, but it is important that the players when they are together feel like helping each other. They know that the PSG collective needs to perform more so that they can grow.

P. Many times the PSG is divided between the block of the seven that defend and the three that attack. To what extent is Verratti essential to connect both?

R. It would be unfair to burden a single player with this responsibility. Today midfield players have to be more versatile than ever in defense, attack, and technique, to serve the attackers. That feeling of a divided team can only be resolved collectively. Today the players occupy much more space than before and the sectors of the field must be balanced in a harmony of movements that makes the team more integrated.

P. Should Neymar and Messi support the midfield more?

R. Clear. They know how to play in the middle of the field. It is a matter of time before they do.

P. How do you see the Champions League tie against Madrid?

R. It will be a great show. Madrid have the advantage of having the same team base for a longer time, and PSG have the advantage of their individualities, but they lack time to work together. I am quite interested in the evolution of youngsters like Vinicius or Valverde from Madrid and their integration into the team.

P. Which Madrid player do you like to watch the most?

Biden warns China that he will militarily defend Taiwan