When they head over to Merseyside to face Everton on Saturday, Manchester City might be a bit more nervous than they would have expected to be a little over a month ago.

Pep Guardiola’s side will go into the game just three points clear at the top of the Premier League table, with the title race that many outsiders foolishly declared over still very much alive.

City’s chaotic 3-2 defeat to Tottenham last weekend, coupled with 3-1 and 6-0 wins for Liverpool against Norwich and Leeds respectively, mean a 14 point lead from January has dwindled considerably.

Granted, Liverpool always had two games in hand, but to see the advantage trimmed to three points is alarming all the same. With Jurgen Klopp’s men in Carabao Cup final action this weekend, failure to win at Goodison Park would leave City waiting anxiously to find out the extent of the damage.

However, it need not be all doom and gloom. Everton are not in a good place at the moment, despite sacking under-fire boss Rafael Benitez and replacing him with Frank Lampard.

The Toffees are just two points above the relegation zone so will surely come out fighting, but City need only cast their minds back to November to realize what they need to do.

When the Blues prevailed 3-0 at the Etihad Stadium on November 21, things were not going entirely smoothly for Guardiola’s team. 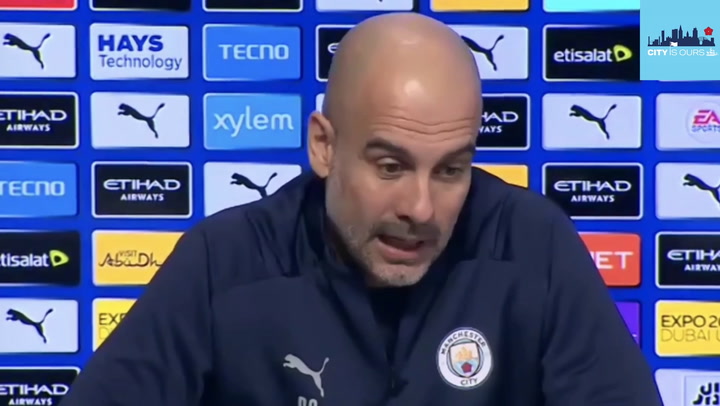 City had endured a patchy start to the Premier League season, having failed to win four of their opening 11 games. Before the November international break they put on an exhibition at Old Trafford with a 2-0 derby day win, but just a week before that they were stunned by the same scoreline at home to Crystal Palace.

Everton eleven represented tricky opponents for City, but in recent times they have put up little fight. In fairness to the Merseysiders, there was little they could have done to combat inspired performances from Raheem Sterling and Joao Cancelo, who combined superbly when Sterling volleyed City into the lead in the reverse fixture.

Rodri doubled the advantage after half-time with a thunderous strike, before Bernardo Silva capped off a fine win. City used that victory as a springboard, winning their next 10 league fixtures as part of a 12-game winning streak that saw them emerge to the top of the table and establish an imposing lead.

As was the case three months ago, three points will be the difference in the title race when City face Everton on Saturday evening. November’s win was the second match in City’s most impressive run of form this season and closed the gap between themselves and then-leaders Chelsea.

If they were to kick-off another run of 12 consecutive league wins, then they would win the title regardless of what Liverpool do.

Goodison Park used to be a tough place for City to go and, while things have changed in recent times, the memories for fans still linger.

But if Guardiola gets his game plan right and City’s stars have got the Spurs disappointment out of their system, then there is no reason why City can’t use Everton as springboard once again.

Do you think that City will beat Everton on Saturday and start another winning run? Follow our City Is Ours writer Alex Brotherton on Twitter to get involved in the discussion and give us your thoughts in the comments section below.