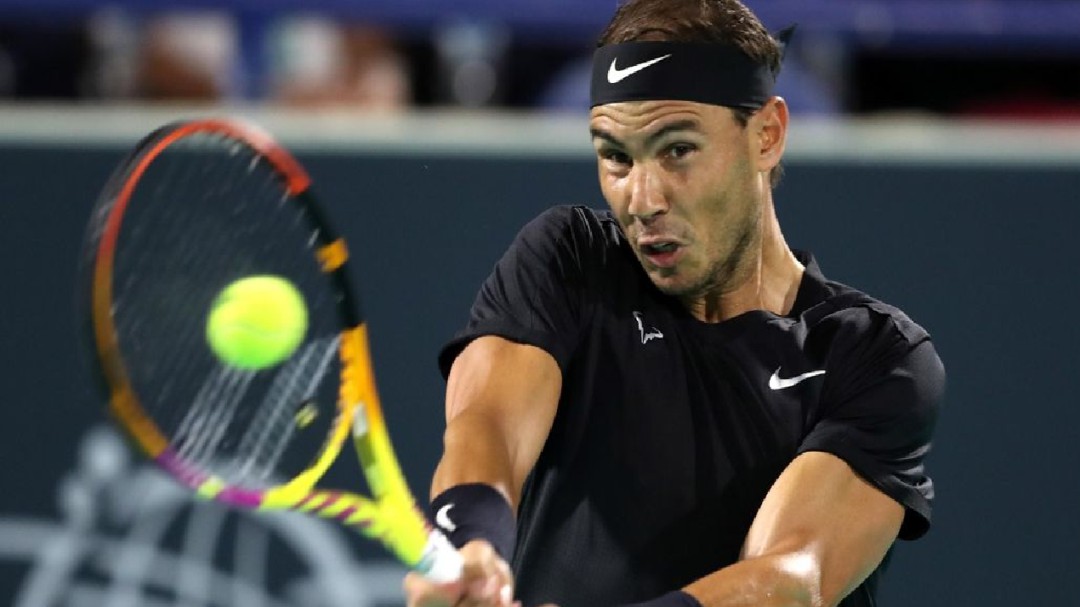 The return of Rafael Nadal to the slopes after four months ran into the progression of the British Andy Murray, who beat the Spanish 6-3 and 7-5, in the semifinal duel of the Abu Dhabi exhibition tournament, by whose title will bid against the Russian Andrey Rublev.

The new edition of the Mubadala Tennis World Championship tournament chosen by Nadal for his new launch, offered a classic from before, a clash that years ago was part of the elite of the circuit. A face to face in search of any great title or a reputed ending.

Nothing to do with today, since both the Spanish and the British seek their place on the circuit. Nadal had not jumped onto a track since last August 6, in the quarterfinals of the Washington tournament, he lost to South African Lloyds Harrys. Later, he stepped aside to heal from a left foot injury and had to undergo surgery.

Murray, however, has evolved since announcing his retirement in January 2019 due to a hip injury that underwent surgery twice. The Scotsman lives with a metal prosthesis and has shown a certain progression, especially in the middle of the season that ends, in which he has been a regular in tournaments.

The Briton, holder of three Grand Slam titles (two Wimbledon and a United States Open) and two Olympic golds, showed Nadal a greater run, an evident adaptation to the competition. He broke in the sixth game of the first set, which he won. Afterwards, the balance was maintained until the eleventh, in which he got a new ‘break’ to achieve the victory.

Nadal showed signs of improvement in the second round, in which he was more daring, with more rhythm and with occasions to break his rival’s serve, although he did not take advantage of them. He responded to Murray’s demand, but lacked precision to extend the duel and gain time on the track.

It took Murray an hour and 49 minutes to seal his eighth win in 25 games against Nadal, his first since the 2016 Madrid Masters 1,000.

The Scotsman will play for the title he already won in 2009 and 2014 against Andrey Rublev, champion with Russia of the Davis Cup in Madrid, who defeated Denis Shapovalov. Before that, Nadal will play the Canadian for third place.

Nadal’s words after the defeat

Rafael Nadal was satisfied after his return to competition after four months despite losing to Britain’s Andy Murray in the semi-finals of the Abu Dhabi tournament.

Nadal, who lost 6-3 7-5 in one hour and 49 minutes, highlighted his satisfaction at coming back. “I am happy to be back in a place where I have enjoyed so much,” said on the track, after the meeting, the number six in the world.

The Spaniard indicated that he was well on the track although he accused the inactivity. “It has not been a bad game for me after so long,” added Nadal, who underlined the good level of play of his opponent, relegated on the circuit due to a hip injury.

“I am happy to see Murray at this level,” added the Spanish tennis player who stressed the importance of seeing the venue again with an audience in the stands. “It is a pleasure to be in Abu Dhabi and to see the people again, the spectators, after what has happened with the pandemic. I have really enjoyed it,” Nadal said.

Rafael Nadal will face Canadian Denis Shapovalov on Saturday in the tournament’s consolation match. Afterwards, the Russian Andrey Rublev and the British Andy Murray will play the final.

The Scotsman was satisfied with his performance against an opponent like Nadal. “I’m happy to have the opportunity to be with Nadal on the track again. That Rafa is back”