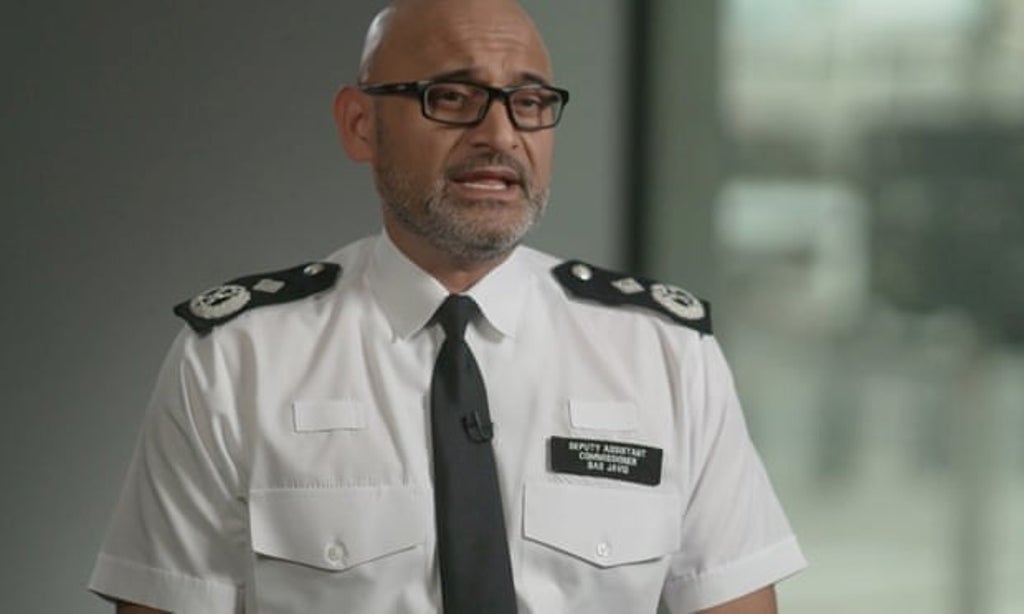 Mr Javid also acknowledged “people who have racist views and are racist” are among the force’s staff.

When asked on BBC Newsnight if he accepted racism “is a problem in the Metropolitan Police”, the senior police officer replied: “Yes, I do.”

“Let me be really clear on this: There’s absolutely no room for racism in policing, and especially here in the Metropolitan Police, we made that very, very clear to our people, anyone who works for us and demonstrates any type of racism or discrimination behavior will be removed from the organisation,” he added.

Mr Javid, who has served in three police force areas for over three decades as an officer, said he was “extremely disappointed” to hear interviews on the program with two black colleagues who said discrimination was getting worse.

“You know, we’ve done a huge amount of work over a long period of time to make it one absolutely clear stance for anti-racism, and zero tolerance on any form of discrimination,” the officer told Newsnight.

“And the fact that you’ve had officers or staff come to you to make allegations, what I’d like to see is an organization where people feel comfortable to come forward, and report it and deal with it effectively.”

He said it would be “wrong for me to stand here and say to you, I haven’t seen examples of racism in my 28 years, absolutely, I have”.

“But my preferred place would be to be in the organization doing everything I can to root out racism or any form of discrimination,” he said.

Mr Javid added: “Now, what I would say is there are people who have racist views and are racist, and they are in the police.

“But what I won’t do is describe all of the organization as a racist organisation. I think that’s extremely unfair to so many people who work extremely hard to do what I talked about today, which is rooting out racism and other forms of discrimination.”

However, the former head of the force’s black police association has said that racism worsened under Ms Dick’s leadership.

Janet Hills, a former detective sergeant, explained that the outgoing commissioner treated racism in the force as “something in the past” and had been defensive and dismissive when concerns were raised.

Following Black Lives Matter protests almost two years ago, the Met Commissioner told Channel 4 News she regularly looked for signs of bias in the way the force operated, and was “horrified” to discover Black, Asian and minority ethnic staff in the Met were twice as likely to find themselves in a misconduct process.

On Monday, the Metropolitan Police Federation, which represents rank-and-file officers, declared it has “no faith” in London Mayor Sadiq Khan after Ms Dick’s ousting and accused him of undermining their work. In response, campaigners accused federation chair Ken Marsh of “being in denial” about the need to tackle racism.

Ms Dick dramatically quit from the role on Thursday night when Mr Khan made clear he had no confidence in her plans to reform the service.

The next commissioner of the Metropolitan Police needs to “learn from history” and acknowledge the force’s “systemic failures”, retired superintendent Leroy Logan, a founding member of the National Black Police Association (NBPA), added.

Mr Logan also tipped Neil Basu for the top job, saying his “cultural competence” may put him “head and shoulders” above other candidates.

Mr Basu, an assistant commissioner who previously worked as the head of counter-terrorism, has spent his entire career serving in the Met.

Popular among officers and widely regarded as capable, he is also the most senior police officer of Asian heritage and would be the first commissioner from an ethnic background.