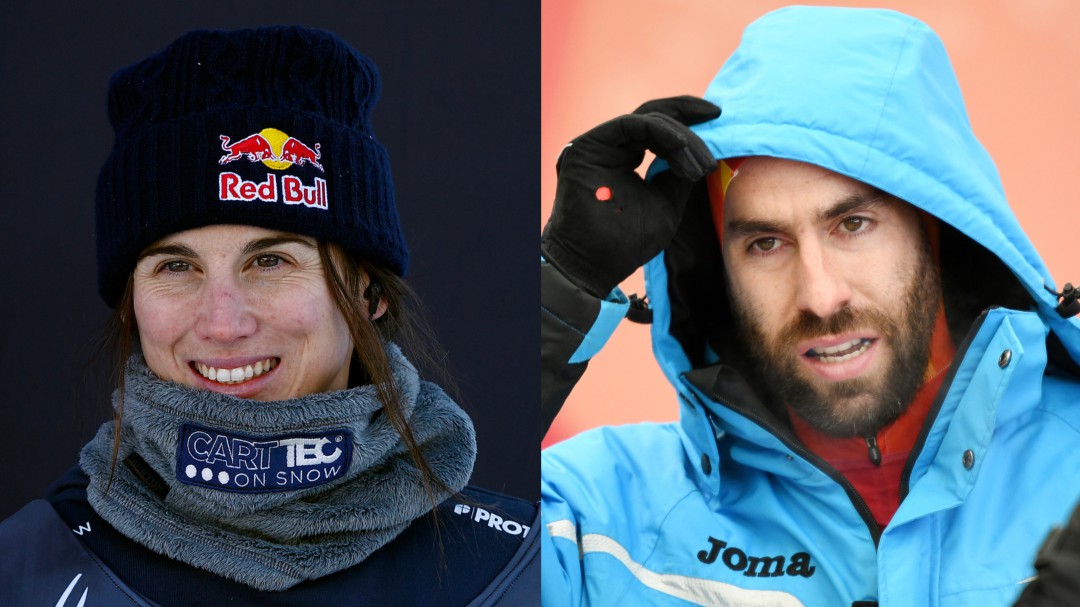 Queralt Castellet and Ander Mirambell have been appointed by the Executive Committee of the Spanish Olympic Committee (COE) to be the flag bearers of the national team for the opening ceremony of the Beijing 2022 Winter Games, which will take place from February 4 to 20, informs said body. Sabadell rider Queralt Castellet, 32, who was already the solo flag bearer for Spain in Vancouver 2010, will participate in Beijing in her fifth Games, and skeleton rider Ander Mirambell, 38, will do so in his fourth.

Other women championed by Spain were Blanca Fernández Ochoa (Sarajevo 1984 and Albertville 1992), Ainhoa ​​Ibarra (Calgary 1988 and Lillehammer 1984) and María José Rienda (Turín 2006). For the first time, a man and a woman will be in charge of carrying the Spanish flag in a winter Olympic ceremony. They take over in this function when shooting Lucas Eguíbar, who did it in Pyeongchang in 2018. In the summer of Tokyo 2020 the flag bearers were the canoeist Saúl Craviotto and the swimmer Mireia Belmonte.

🇺🇸 As anticipated @PedroFullanaSER, Ander Mirambell and Queralt Castellet will be the standard-bearers at the Winter Olympics in Beijing 2022

✅ They have been officially elected at the meeting of the @COE_en that just finished pic.twitter.com/P4wPEi8EnE

Mirambell declared that “it is an honor to lead a delegation with fourteen athletes who are true heroes”. We will represent our country with our hearts and with passion”, she added. For her part, Castellet acknowledged that “she is very excited” because she did not expect it, “and even less so after having been the flag bearer in Vancouver” in 2010. “It is a amazing surprise. It is an honor to carry the flag with Ander and I am looking forward to being there,” he said in statements released by the COE.

Alejandro Blanco dedicated a few words to each one: “You have all the medals you can have. You have broken all the barriers. You left when you were very young in search of your dream and I only wish you that medal. I hope that Beijing brings you all the luck you deserve,” he told Castellet. He reminded Mirambell that “the most important thing about success is the journey.” “And if anyone has come a long way, it is you. We wish you the best. Success is that you are going to compete in your fourth Games and the competition will already place you,” he added. “We carry the best flag bearers in the world. We thank you for what you represent for Spanish sport and that you carry the flag with all the pride and affection”, said the president of the COE.

The Spanish team that will participate in Beijing 2022 will be made up of fourteen athletes, five of them in the ice disciplines and nine in the snow disciplines, with Queralt Castellet and Lucas Eguibar as the main medal options.

See also  Results of the elections in Castilla y León, on maps

The Royal Spanish Federation of Ice Sports will be represented by Ander Mirambell, who will play his fourth Games in the skeleton modality, and by the figure skaters Laura Barquero and Marco Zandron, the first Spanish Olympics in pairs, and Adrián Díaz and Olivia Smart in dance . Díaz already participated in Sochi 2014 forming a couple with Sara Hurtado.

🇪🇸 Spain will have 14 athletes in the Winter Olympics:

As for the Royal Spanish Winter Sports Federation, they will attend Beijing with Adur Etxezarreta (downhill and super-gi), Joaquim Salarich (slalom) and Nuria Pau (giant) in alpine skiing; with Javier Lliso and Thibault Magnin in acrobatic skiing (slopestyle and big air); with Imanol Rojo (skiathlon, 15 km classic and 50 km mass start) and Jaume Pueyo (sprint) in cross-country skiing; and with Lucas Eguibar (snowboardcross) and Queralt Castellet (half pipe) in snowboard.

Lucas Eguibar is world champion in his specialty and Castellet has added three bronze medals in the World Cup this season, so they aim for the podium in Beijing.