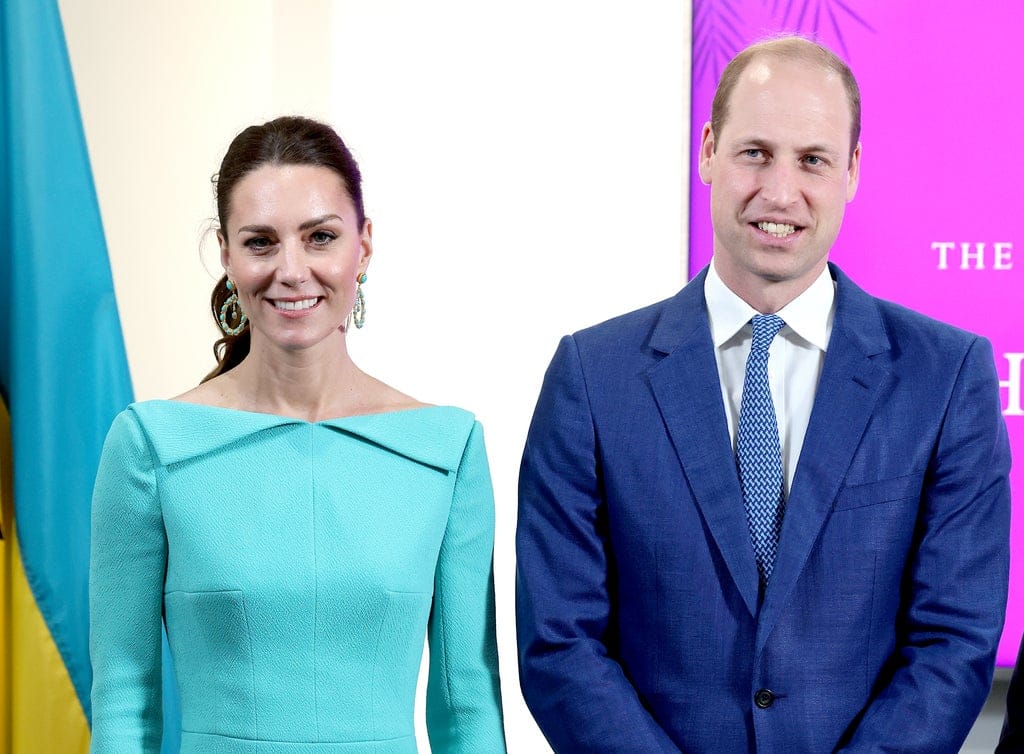 The Duke and Duchess of Cambridge were told the world will likely never again see a reign as long as the Queen’s 70 years as they began the final leg of their eventful Caribbean tour.

William and Kate arrived in the Bahamas from Jamaica, where they were greeted by ecstatic crowds in Bob Marley’s former Kingston neighborhood and faced strong criticism from campaigners seeking reparations from the monarchy for its role in the slave trade.

The Bahamas National Reparations Committee (BNRC) has voiced its concerns about the royal visit, issuing a strongly worded document a few days ago.

The organization claimed the monarchy “looted and pillaged our land and our people for centuries, leaving us struggling with under development, left to pick up the pieces.”

William and Kate’s final event in the birthplace of Reggae music was being guests of honor at a passing out parade for new officers in Kingston, which was a throwback to royal tours of the 1950s with the couple standing in the back of a Land Rover as they they were driven from the parade ground.

Philip Davis, prime minister of the Bahamas, welcomed the couple to his nation on Thursday and told them: “And our best wishes are sent to the Queen, and congratulations on her Platinum Jubilee.

“I do not think we will see the same again”, to which William hesitated.

Mr Davis also told the future king, who traveled to Belize with his wife during their tour: “We have been looking forward to your arrival. It’s long overdue. We are delighted you are here.”

The duke replied: “Yes very much, excited to be here.”

The Caribbean nation is overshadowed by its giant neighbor America but its beautiful beaches and mild climate are a big draw for tourists, while its offshore financial services industry is also a major revenue generator.

The archipelago of 700 islands and islets was the first stop in the western hemisphere for the famous explorer Christopher Columbus in 1492.

But like many parts of the globe, resentment against colonialism and its legacy has been growing amid the backdrop of the Black Lives Matter movement, and in Belize the venue for a royal visit was hastily re-arranged after anti-royal sentiment and protests in a village.

The duke addressed the issue of slavery during a speech in Jamaica denouncing it as “abhorrent” and saying “it should never have happened”.

William also expressed his “profound sorrow” at the forced transportation of millions of people from Africa to the Caribbean and North America – a trade which British monarchs either supported or profited from during the 17th and 18th centuries.

Speaking during his visit to Jamaica with Kate, he echoed the words of his father the Prince of Wales and described the slave trade as an “appalling atrocity” that “stains our history” and he went on to acknowledge Jamaica’s “pain”.

The future king did not say sorry, just as his father Charles had not apologized during his trip to witness Barbados become a republic in November.

Later during their first full day in the Bahamas, the couple will take to the waters off the islands to join a regatta in honor of the Queen’s Platinum Jubilee and are expected to race against each other.

The couple will visit pupils at the Sybil Strachan Primary School in Nassau and join an assembly, and also spend time with key workers and frontline staff in an informal gathering in the Garden of Remembrance, also in the capital, to hear about their experiences of the pandemic.

In the evening they will attend a dinner hosted by the Governor General Sir Cornelius Smith featuring community leaders and local heroes and the duke will give a speech.

See also  Attack on Ukraine nuclear power plant by Russia would be 'war crime' by Putin, says US senator