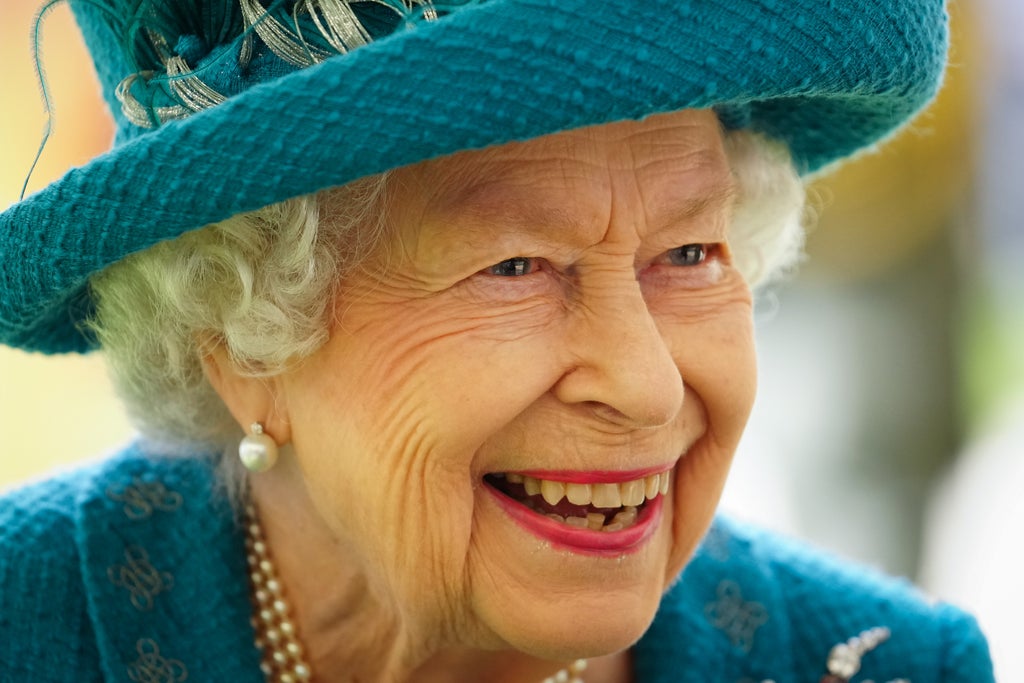 The Queen has been photographed working from her red boxes in an image released on the day she passes the historic milestone of 70 years on the throne.

The smiling 95-year-old monarch is pictured with her papers of state on a table in front of her. Poignantly, nearby is an image of her ella father de ella King George VI with a corgi family taken at Buckingham Palace in 194.

Seventy years ago on 6 February the king died and his daughter, aged 25, became Queen of a nation still recovering from the upheavals of the Second World War.

The pictures are symbolic and emphasize that the Queen – whose health has raised concerns in recent months – has been working as normal.

In a statement released to mark her Platinum Jubilee the Queen said: “It is a day that, even after 70 years, I still remember as much for the death of my father, King George VI, as for the start of my reign.

“As we mark this anniversary, it gives me pleasure to renew to you the pledge I gave in 1947, that my life will always be devoted to your service.”

In a hugely significant intervention shaping the future of the monarchy, the Queen also expressed her “sincere wish” that Camilla will be known as Queen Consort when the Prince of Wales becomes King.

Charles, in his own message, has paid tribute to his “darling wife” Camilla for her “steadfast support” and congratulated his mother the Queen on her “remarkable” Platinum Jubilee.

The new photograph shows the Queen working from papers delivered to her in the famous red box, which can be seen in the image.

Every day of every year, wherever she is, the Queen receives from government ministers and her representatives in the Commonwealth and foreign countries, information in the form of policy papers, Cabinet documents, Foreign Office telegrams, a daily summary of events in Parliament, letters and other State papers.

All of the papers have to be read and, where necessary, approved and signed.

The photograph was taken last Wednesday during the Queen’s stay at her Sandringham estate, where in past years she has traditionally spent Accession Day in private reflection.

Footage has also been released from the moment the photo was taken at Sandringham House, showing the Queen in discussion with her private secretary Sir Edward Young, who began working for the Queen in 2004 and became her principle aid in 2017.

The Queen was awarded the Ruth Bader Ginsburg Women of Leadership award at the end of last year and Sir Edward is heard briefing the Queen about a ceremony Dame Karen Pierce, Britain’s ambassador to the United States, attended to accept the honor on her behalf.

As they look at Dame Karen’s record of the event he says: “It’s a report of the ceremony for this award, the women and leadership award, which happened in December. You’ll see, Ma’am, some extremely nice comments, including one from president Biden.”

Other footage shows the Queen, who wears an Angela Kelly lime green dress, diligently looking at her papers.

She is also wearing two diamond ivy leaf clips, which were a 21st birthday gift from the Queen Mother, and a photograph of her mother can be seen in another part of the room.

The Queen hosted a Sandringham reception on Saturday for local community and charity groups. Among the guests was Angela Wood who as a 19-year-old cookery school student helped perfect the recipe for Coronation Chicken served after the 1953 ceremony to crown the Queen.

Commentating on the dish, the head of state tells her private secretary: “The original… it’s obviously changed.”

Apparently commenting on the period the meal was created, when rationing was still in place, Sir Edward adds: “There wasn’t a great deal of material to choose from so it was quite inventive.”

The Queen adds: “And the taste,” and her private secretary responds: “yes, that mild curry taste. That was very new for 1953.”

The Queen’s red boxes contain documents from her realms as well as the UK, and her private secretary may be referring to a foreign politician rather than Liz Truss when footage shows him handing over some documents and saying: “This first one is from the foreign secretary .”

It is not known what he is referring to as he hands the Queen some papers, adding: “You can see it’s quite an interesting CV,” but the Queen gives him a knowing looking after glancing down and then signs the document.

In another video clip, Sir Edward, documents in hand, tells the Queen: “This has come in from the governor general, a rather nice idea I thought, to have a video call to mark the jubilee. He’s suggested some names – looks rather good if you agree, Ma’am.”

Nodding, she says it “might be an interesting idea”.

See also  Mother was murdered by son after he threw petrol at her and started fire deliberately, prosecutors allege