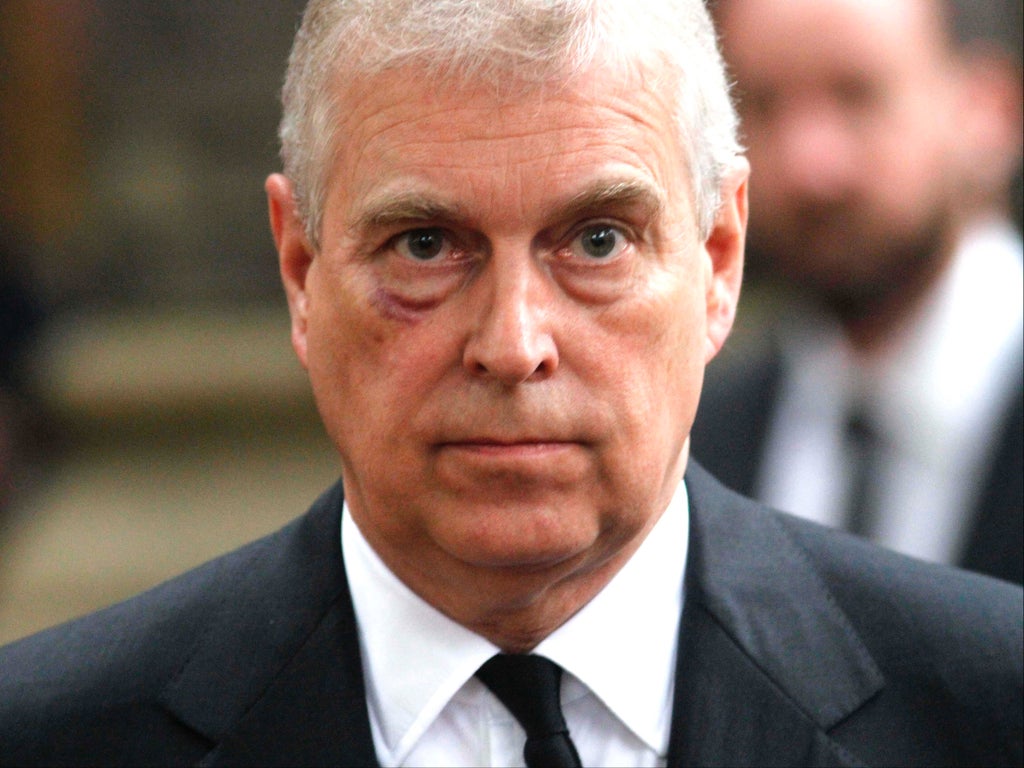 The Queen is likely to help her disgraced son Prince Andrew pay costs of at least £10m after he agreed to settle Virginia Giuffre’s sex abuse lawsuit, legal and royal experts have said.

The royal family has been urged to “come clean” and reveal if the Duke of York will receive financial assistance from the monarch to foot his legal bill, the details of which have not been made public.

Reports suggest Andrew will pay Ms Giuffre up to £12m, including a £2m donation to charity, to stop her lawsuit going to trial in the US civil court.

Nick Goldstone, the head of dispute resolution at international law firm Ince, told The Independent that figure “sounded about right”.

He said the sum would likely include “legal costs on both sides, what has been described as a substantial charitable donation – whatever that means – and, one must presume, in addition, some damages”.

The lawyer added the figure was a much better outcome for Andrew than he may have faced if he had lost the court case.

“The sky’s the limit with a New York jury in a case like this,” Mr Goldstone said.

He added there had likely been tough negotiations between the two parties’ legal teams to reach the join agreement made public on Tuesday.

“Today’s statement is a complete change of heart from what [Andrew] put in his defense and that must’ve been very difficult to achieve,” Mr Goldstone said. “But money, I don’t think, is necessarily a problem [for him.] It may be a problem where he gets it from but, at the end of the day, he comes from a very rich family – so it’s going to be fine.”

The Daily Telegraph reported the Queen was set to help her son may his legal bill using funds from her private Duchy of Lancaster estate, which is worth an estimated £23m.

Buckingham Palace declined to confirm whether this was the case. Donal McCabe, the Queen’s private communications secretary, told The Independent: “We have never commented on the funding of the Duke’s legal matters and won’t be now.”

David McClure, a royal finances expert, urged Andrew’s family “to come clean” about whether he will receive any kind of help paying the settlement.

There was speculation last month that the prince was trying to sell his ski chalet in the Swiss resort of Verbier, which he bought in 2014 with his ex-wife Sarah, Duchess of York, and is valued at £17m.

“The very fact he had to sell, it does show he had some money but he didn’t have lots of money,” Mr McClure told the PA news agency. “So where does the money come from? I think more than likely the Queen.”

Mr McClure added the source of any settlement funds to Andrew is of “tremendous public interest”, and called for the royals to “say where the money came from”.

Buckingham Palace announced in January that the duke would be defending the case “as a private citizen,” but a number of commentators claimed afterwards that they would not stop him having been helped along with money from the Queen’s private wealth.

While the prospect of the Queen paying her son’s legal bills in a sexual assault lawsuit would likely cause public anger, one royal expert claimed it would be “no burden to the taxpayer” if that was the case.

“The Queen has a private income which she uses to support various members of her family,” Joe Little, of majesty magazine, said. “So if that’s the case then so be it.”

Pointing to her role not just as Queen, he added: “There’s no reason for the Queen not to help him out financially as mother, rather than head of state.”

Representatives for Andrew, who has always denied wrongdoing, said on Tuesday they would not be commenting further than what was said in the documents submitted to the court.

But Mr Goldstone said the Duke of York had no other “had nowhere to go” if he wanted to keep the dispute out of court, and suggested he may have wanted to avoid the “ridiculous position” of his daughters Beatrice or Eugenie being deposed as witnesses.

Looking ahead to the prince’s future as a royal, the lawyer said: “I very much doubt that we’ll see anything of Andrew during the next few months or years.

“I certainly don’t think he’ll return to public life, in any form, for a very, very long time – if at all.”

And he added: “I can’t see Andrew being rehabilitated anytime soon – his reputation is irretrievable.”