The Queen was given just 15 minutes’ notice of Prince Harry’s announcement that he was not attending his grandfather’s memorial service.

Harry released a statement about Prince Phillip’s service, saying he will not be returning to the UK and claimed he would feel “unsafe” after he lost his personal security following his move to the US with wife, Meghan Markle.

And senior aides have reportedly revealed Harry did not give the Queen much notice of his decision.

They told the Sun Her Majesty was informed of his decision to snub the event a quarter of an hour before his statement came out.

Harry’s statement read: “The Duke will not be returning to the UK in late March, but hopes to visit his grandmother as soon as possible.”

This came amid a High Court row Prince Harry is waging with the Home Office after his armed bodyguards were removed.

Will you be sad to see Harry miss the memorial? Have your say in the comment section

He said he would feel unsafe bringing his two children Archie, two, and Lilibet, nine months, over to the UK.

Experts previously claimed Harry would have been given ‘adequate’ protection for the March 29 event in Westminster Abbey, and during his stay in Windsor.

Harry had said long ago he felt it was not safe to bring his wife or children back to the country.

Angela Levin, Harry’s biographer, told the Sun: “He has snubbed the Duke of Edinburgh but really he is snubbing the Queen.”

She said the Queen was still grieving the loss of Philip, her husband of 73 years, and suggested Harry may well use the same reasoning to avoid attending his grandmother’s Platinum Jubilee celebration as well.

She went on: “He has got this all wrong. If he comes over for a royal event he gets police protection. What they wo n’t do is, if he goes out with his friends from him he gets security.

Harry has been back to the UK only twice since leaving for the US in 2020 with wife Meghan.

He returned for Philip’s funeral last April only days after he told Oprah Winfrey of racist comments made by royal family members about his children, without revealing who he was referring to.

Two months later he attended an unveiling of a statue of his mother, Princess Diana, at Kensington Palace.

This comes as Buckingham Palace revealed today that the Queen would not be attending the Commonwealth Service on Monday.

Instead, Prince Charles will be attending in his place.

In a statement the palace said: “The Queen has asked The Prince of Wales to represent Her Majesty at the Commonwealth Service at Westminster Abbey on Monday.”

Even though she is not attending, she is still due to carry on with other planned engagements for next week.

This was due to be the 95-year-old’s first in-person public engagement since she was advised to rest by her doctors.

Other royals including Camilla, Prince William and Kate Middleton, and Princess Alexandra will all still attend the annual service for the Commonwealth of 54 nations which the Queen heads. 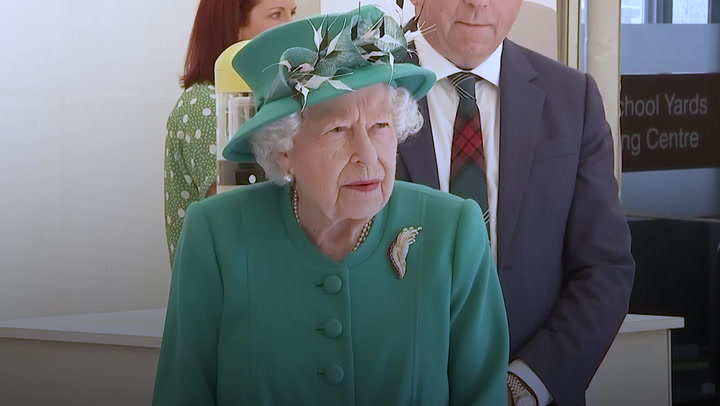 In a full statement, Buckingham Palace said: “After discussing the arrangements with the Royal Household, The Queen has asked The Prince of Wales to represent Her Majesty at the Commonwealth Service at Westminster Abbey on Monday.

“The Queen will continue with other planned engagements, including in person audiences, in the week ahead.

“The Queen’s Commonwealth Day message will be distributed in the usual way.”

Queen’s ‘increasing pain getting about’ behind Commonwealth Day service absence