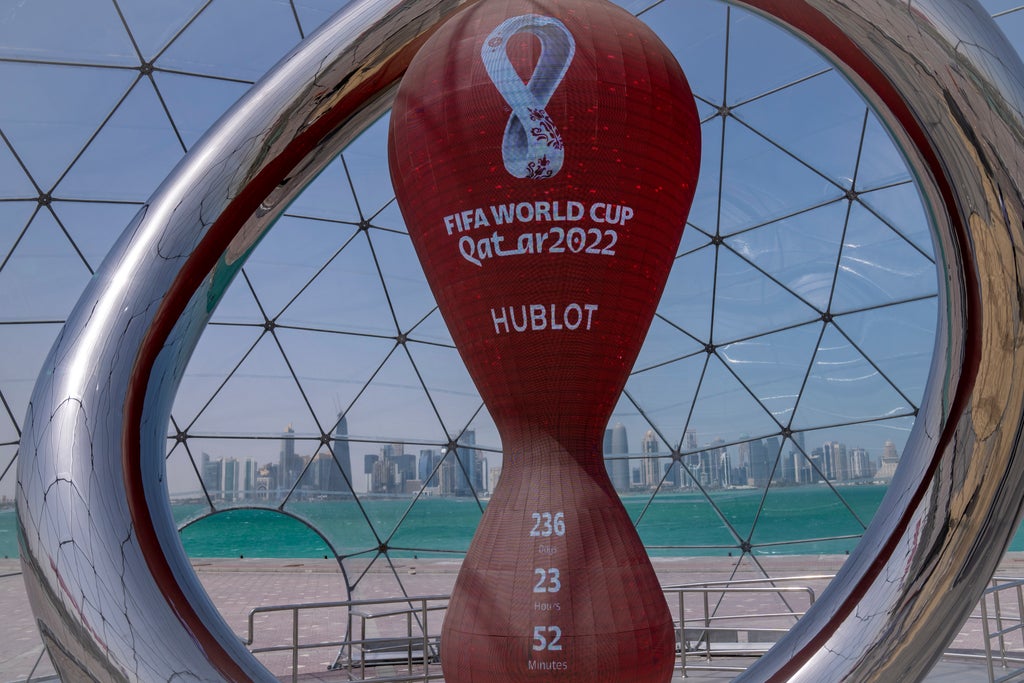 A chance to change perceptions of a country. A tournament to foster unity.

Qatar is the next stop on the global tour of major sports events to nations led by autocratic governments who are often decried by human rights activists, but whose financial clout can prove irresistible to competition organizers.

The build-up to the World Cup draw on Friday is only reinforcing how toxic the tournament has become for FIFA and Qatar, who hoped it would be a celebration of the Middle East hosting its biggest-ever sporting spectacle.

Just take David Beckham. The megastar and former England captain has been recruited as an ambassador for Qatar but has been kept away from international media — which shields him from facing tough questions but also prevents him from talking up the tournament.

Meanwhile, coaches and teams who should be focusing on their tactics and preparations have to spend time addressing concerns about playing in a country that denies the equal rights and freedoms demanded by rights groups and where low-paid migrant workers have suffered for years while building the $200 billion infrastructure.

“The excitement for the tournament is palpable,” said Michael Page of Human Rights Watch. “It is critically important to ensure that migrant workers who made the tournament possible and were harmed in the process are not forgotten.”

Then there’s the fact that the 2010 FIFA vote that awarded the 2018 World Cup to Russia and the 2022 tournament to Qatar was fueled by bribes according to an investigation by the US Department of Justice.

“No player had a vote or say or even a discussion when this decision was taken,” Jonas Baer-Hoffmann, general secretary of world players’ union FIFPRO, said Wednesday in Doha. “That’s where, first of all, the tension should go. And I would like to see people actually pushing their federation officials to raise these things at (FIFA’s) congress.”

The congress of the 211 football federations is the parliamentary body of FIFA. It hasn’t met in person, due to the pandemic, since 2019 when it re-elected Gianni Infantino as president.

The congress agrees again with not only the upcoming Qatar tournament fracturing football but the very future of the World Cup causing divisions. The push for biennial World Cups has stalled, though, as Infantino pulled back from railroading through those plans this week after Europe and South America resisted to the point of threatening boycotts.

“We’re at a complete impasse because everything is stuck between institutional and personal bickering and fighting,” Baer-Hoffmann said. “Maybe some of the bad proposals get rejected, which apparently is the case, but it also makes it impossible to make the necessary decisions that actually the game needs to make.”

While Infantino has stopped talking about biennial World Cups, there is still a need to sort out the new international match calendars for 2024 that determine when clubs have to release players for their countries.

That calendar had to be adjusted to accommodate a World Cup being played in November and December for the first time due to Qatar’s fierce summer heat making it potentially dangerous to stage it in June and July. The heat in the tiny Gulf nation has contributed to the working conditions that led to deaths among the workers building the World Cup infrastructure.

Limited transparency from Qatari authorities on the cause of deaths and number of injuries among the migrant workforce concerns unions and rights activists. But changes have been enacted by Qatar, including a minimum wage, stricter working regulations and more freedom for workers to leave jobs.

“What has been done already is really ground-breaking in a very short time,” Infantino said. “The progress in terms of human rights, of workers’ rights in particular, has been incredible and this needs to be recognized.”

There is still concern about the enforcement of those rules on construction sites across the ever-expanding Doha skyline. The pressure is also on Qatar to continue legislating after the World Cup to protect workers more. Until then, teams are being asked to use the tournament to draw attention to the plight of migrant workers, mostly from southwest Asia.

So far, no team or player is refusing to participate in Qatar. Just as there was no boycott of Russia in 2018 despite Ukrainian territory already being invaded.

Russia won’t be playing in Qatar after being disqualified from the final stages of qualifying to punish Vladimir Putin’s war.

Such aggression toward a neighbor has undermined Infantino’s hope that the 2018 World Cup would change the “perception that the world has about Russia.” Four years earlier, IOC President Thomas Bach spoke of “the face of a new Russia” at the Sochi Olympics just before the annexation of Crimea.

It’s that kind of history that makes it harder to convince the world that a World Cup in Qatar will have a positive effect, beyond allowing another country to use a megaevent to burn its image.