Skip to content
Home News Putin will talk diplomacy with the ‘utterly confused’, says Russia ahead of Boris Johnson call 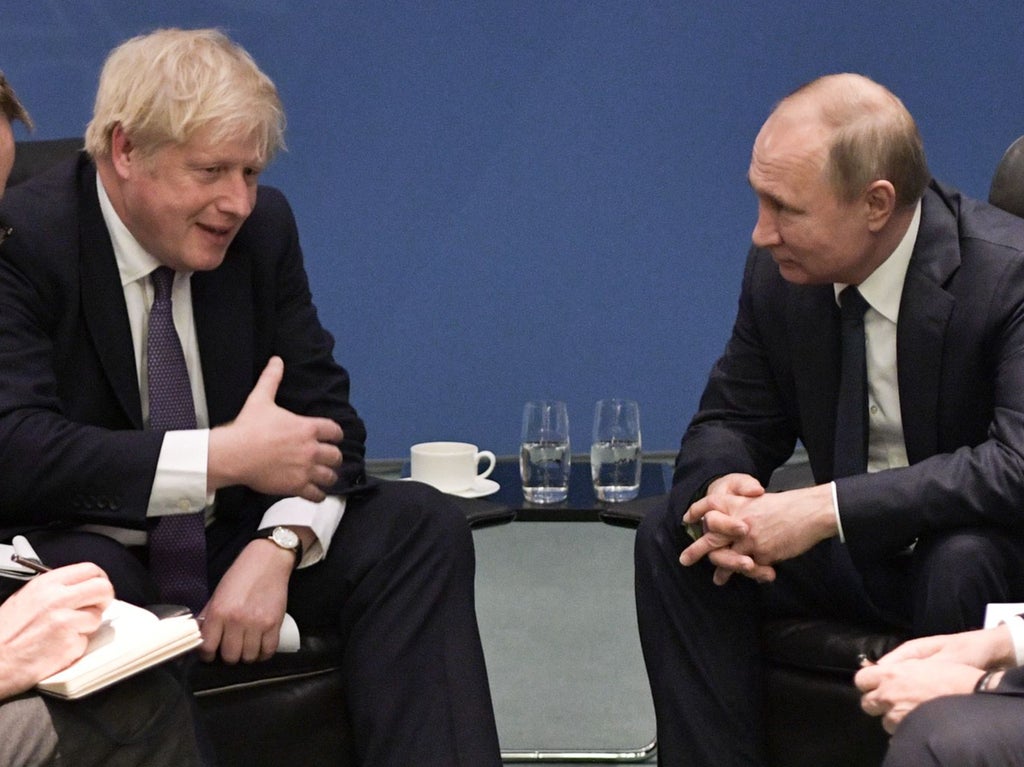 Russia has said it will hold diplomatic talks with anyone – even the “utterly confused” – hours ahead of a planned call between Vladimir Putin and Boris Johnson.

The Kremlin’s thinly-veiled insult comes amid continuing tensions over Ukraine, with the west warning that the presence of more than 100,000 Russian soldiers near its neighbor’s border could herald war.

The Russian president and Mr Johnson were scheduled to speak earlier this week about the issue, but their conversation was canceled because the British prime minister had to address the Commons over the ongoing partygate scandal.

Moscow said on Wednesday that it would provide details if the leaders managed to talk later today. The statement was given a day after a senior Russian envoy described British diplomacy as “absolutely worthless”.

These comments came after searing criticism from Russia’s media of the British leader.

The Gazprom Media-owned NTV channel suggested earlier this week that Mr Johnson was the “most disliked, disrespected and ridiculed character in Britain”. It added that he was “completely under his control and heel of his young wife”, and that “even schoolchildren are laughing at him”.

Meanwhile, the Kremlin-backed broadcaster Rossiya 1 claimed his “anti-Russian” stance on the situation in Ukraine was “a way to divert attention from domestic problems”. Mr Johnson is currently in Kyiv to show his support for him for the country against a massive Russian military build-up at its border.

Following weeks of mounting concern and increased diplomatic activity, the west and Russia appear no closer to de-escalating the situation in Europe. The US and its allies have refused to agree to the Kremlin’s demands, which include calls for Ukraine to be permanently banned from joining Nato.

The long-serving leader claimed the west was being the aggressor, despite the build-up of tens of thousands of Russian soldiers near Ukraine.

Mr Putin claimed Washington was using Ukraine to contain and destabilize Russia. “This can be done in different ways, by drawing us into some kind of armed conflict and, with the help of their allies in Europe, forcing the introduction against us of those harsh sanctions they are talking about now in the US,” he said .

The west has threatened Russia with severe economic consequences as a means of dissuading it from invading its neighbour. Countries like the US and the UK have also sent Ukraine military aid as a pre-emptive measure.

Mr Johnson, who traveled to Kyiv this week to show his support for Ukrainian president Volodymyr Zelensky, accused Russia of putting a gun to Ukraine’s head in an attempt to force through security changes in Europe.

The UK prime minister stressed that the “path of diplomacy” was in Russia’s best interests, saying an incursion would be “a political disaster, a humanitarian disaster and a military disaster”.

“There are 200,000 men and women under arms in Ukraine, they will put up a very, very fierce and bloody resistance,” he warned.

Polish prime minister Mateusz Morawiecki, who also visited Kyiv, said his country would supply Ukraine with gas and weapons. “Living close to a neighbor like Russia, we have the feeling of living at the foot of a volcano,” he added.

Meanwhile, the Ukrainian president Mr Zelensky continues to claim Russia will not attack his country. Although he signed off a plan this week to increase his nation’s armed forces by 100,000 soldiers over the next three years, he suggested the move does not indicate that war is likely.