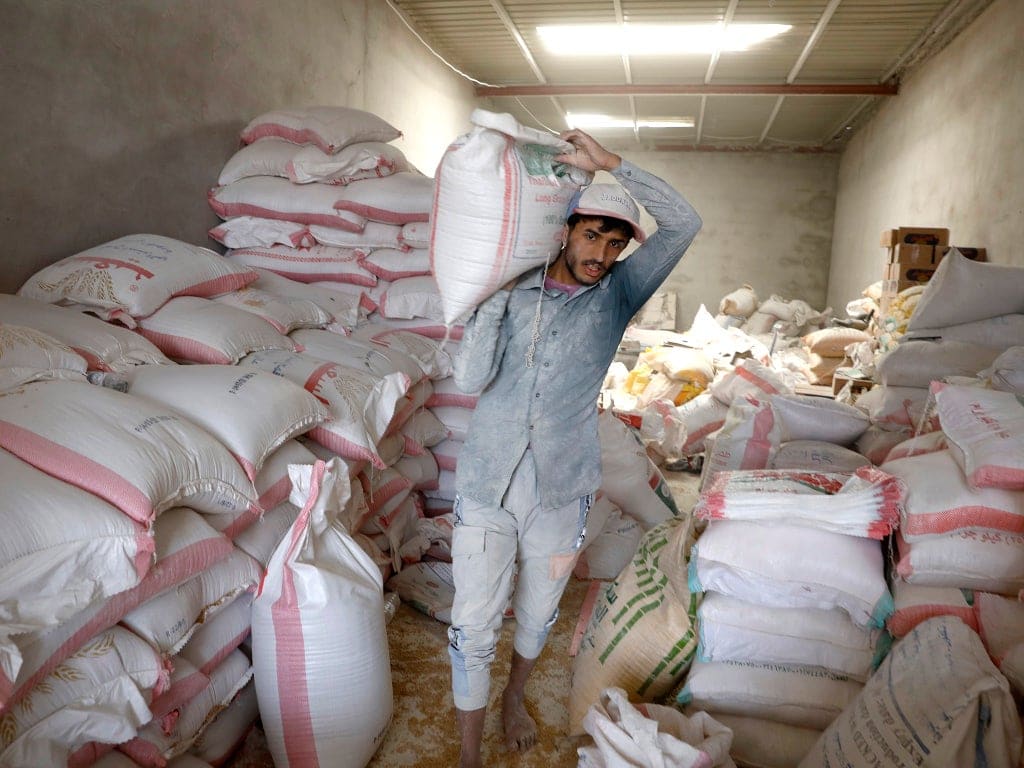 The war in Ukraine pits two key players in the global food market against one another.

In one month the disruption of the Russian invasion has blocked some 30 million tonnes of staple grains from fulfilling their ultimate purpose as food for foreign countries.

Russia and Ukraine between them supply 30 per cent of the world’s wheat but exports have been cut off in the weeks since 24 February by blockades of Ukrainian ports and sanctions barring Russia from global payment systems.

Several countries rely on Russia and Ukraine for 50 per cent or more of their wheat and more of the poorest people in their societies will be unable to afford food if local prices are forced up.

Globally, the price of wheat has risen more than 10 per cent since the invasion. Maize, of which the warring countries supply 20 per cent globally, has risen in price by 14 per cent and barley, of which they supply one-third, is up by 25 per cent.

Friederike Greb, an economist at the World Food Program (WPF), tells The Independent: “Ukraine and also Russia are such big players in global grain markets, but also energy markets and fertilizer markets, there is huge collateral damage for food security all around the world.”

Ms Greb said price rises on global markets end up being reflected in local shops. She said: “Once poor people face these higher prices, they might not be able to pay for their food.

Some countries have begun taking steps to mitigate the impact of rising prices. Supermarkets in Greece and Italy are limiting the amount of flour customers can buy.

Egypt – which imports more than 60 per cent of its wheat from Russia and Ukraine – has fixed the price of bread after reports that bakeries were hiking prices. And the EU has issued guidance to members on how they can bolster food supplies.

Insulating measures will be easier for some than others. Ms Greb said “it depends on how many people in each country are barely able to afford food now. They will then be the ones who won’t be able to do so anymore.

“If you have a country where everybody is very rich, that depends on a lot of imports, then prices can rise without any implications for security.

“But unfortunately, a lot of the countries which import a lot of food are not rich.”

Even before the war food security was precarious for some major importers of Russian and Ukrainian grain.

Lebanon, Yemen, Bangladesh and Pakistan all suffer from widespread food insecurity and all rely on Russia for 50 per cent or more of their wheat imports.

In Yemen, where a seven year civil war has led to perhaps the worst humanitarian crisis in the world, food prices have risen sharply in the past year, leaving more than half of the country unable to afford to feed themselves.

The country is the poorest in the Middle East and imports more than 90 per cent of its food, leaving it highly exposed to turbulence in the market.

Analysis undertaken shortly before the Russian invasion by the IPC, a global food security review body, said 19 million people in Yemen – population 30 million – could be unable to meet their minimum food needs by December.

Several charities have warned the war will exacerbate the food crisis and the IPR said a review was needed as prices rise.

Experts fear what will happen if millions of people in poor countries are unable to afford the basic necessities.

Dr David Ubilava, senior lecturer of economics at the University of Sydney, said: “Throughout history, violence and unrest have flowed from hikes in commodity prices.”

“Egypt was racked with bread riots and rationing in 2017. Kazakhstan suffered massive protests in January after a spike in liquefied gas prices.”

Poorer countries will have difficulty keeping their citizens fed when at the mercy of the global market.

Hopes may have to rest on a united effort from richer nations. G7 leaders on Thursday said they recognized the immediate threat to global food security and called for a session of the UN’s Food and Agriculture council to discuss global measures in response to the war.