Skip to content
Home News Putellas and Jenni Hermoso, candidates for ‘The Best’ female; Messi and Lewandoski, compete for the male award | sports 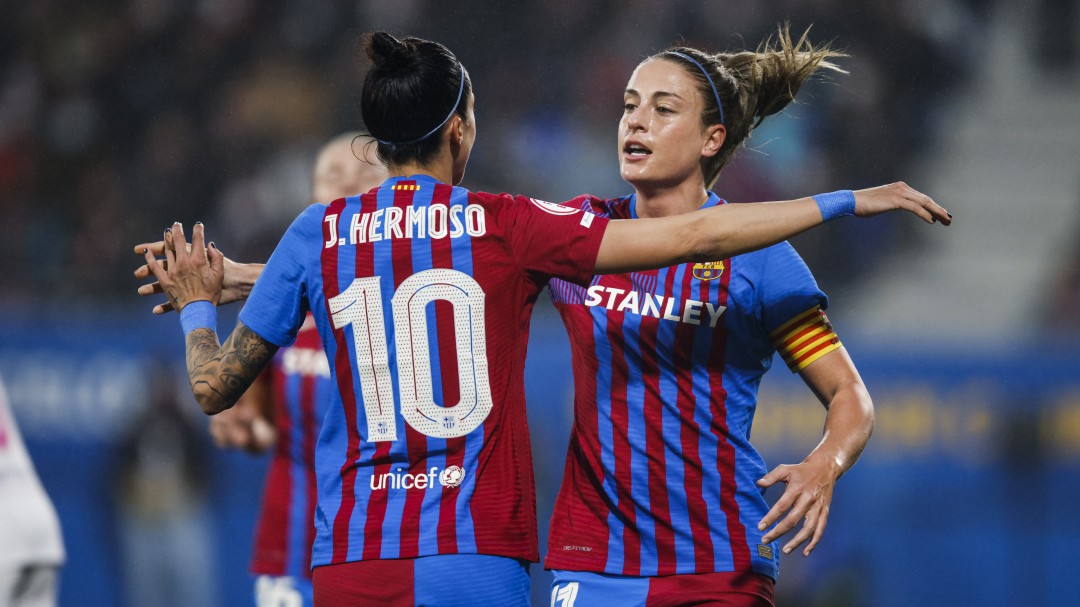 FIFA have officially announced the three candidates and the three candidates who are competing for the ‘The Best’ award as the best footballer of the year. In the men’s category, the former Barça and current PSG player, Lionel Messi, will contest the award against the Polish Robert Lewandowski and the Egyptian Mohamed Salah. For its part, in the female category the same names that reached the podium of the Ballon d’Or are repeated: the Spanish Alexia Putellas and Jennifer Hermoso, both from Barça, will have to fight for the prize against the Australian from Chelsea, Sam Kerr.

🚨⚽️ LAST MINUTE | The candidates for the award are already known #TheBest

🤩 Two Spanish women among the candidates for best soccer player

This was announced this Friday by the organization chaired by Gianni Infantino, who gave the name of the finalists who will compete for an award to be voted on by the coaches, trainers, captains and captains of the national teams of each country, the fans registered on the official website of the FIFA and a journalist who will represent each member federation team.

The top favorite will be Alexia Putellas, who already won the last Ballon d’Or thanks to his great season at Barcelona, ​​the club with which he won, among other titles, the Champions League. In favor of the player of the Blaugrana team, the former American footballer Kristine Lilly, two-time world champion with her team and in charge of announcing the name of the three finalists, spoke. “I prefer Alexia and the importance she has in the team. But it is difficult, Jennifer has scored many goals, but Alexia has also scored. Sam I have seen her and she is very good. I lean a little towards Alexia. The three have to be very proud, “he commented.

The Polish Robert Lewandowski (Bayern Munich), the Egyptian Mohamed Salah (Liverpool) and the Argentine Lionel Messi (Paris Saint-Germain) will be the finalists to win the award ‘The Best’ to the best player of the year that will be awarded by FIFA next 17 from January.

Lewandowski, after falling behind Messi in the Ballon d’Or, aspires to chain his second consecutive ‘The Best’ after signing a good year in which he managed to win the Bundesliga and the German Super Cup as well as scoring 69 goals at the same time. over a calendar year (2021). In addition, he surpassed the historic record of Gerd Müller after scoring 41 goals in a single Bundesliga season.

For his part, Messi aspires to snatch the title from the Polish striker and on his resume is the America’s Cup that he won with Argentina last summer. However, in his new stage at Paris Saint-Germain, he has barely scored six goals and provided four assists in all official matches this season. Before, when he was still a member of Barcelona, ​​Messi presented even more attractive numbers in 2021. Thanks to them, with 25 league goals, he became the top scorer in the Spanish championship.

For his part, Mohamed Salah will not contribute titles with his team but on an individual level he was key in the correct season of Liverpool, which finished third in the Premier League, reached the fourth round in the League Cup and in the English Cup and reached the quarterfinals of the Champions League. In all, Salah scored 39 goals in a calendar year.

The former German player for Real Madrid and Juventus Sami Khedira was in charge of naming the three candidates and gave his opinion on who he thinks should finally win the award. “Lewandowski has had a spectacular season. He has smashed Muller’s record. But what can we say about Messi, who won the America’s Cup. Salah, with more than 30 goals in all competitions for Liverpool, and in three consecutive seasons he has scored more than 21 goals. I would opt for Lewandowski, he is very professional and spectacular, “he said.