Skip to content
Home News Publisher: What Movies Teach Us About Money

Roger Ebert was the master of the humorous takedown. Handing the Ben Affleck blockbuster Pearl Harbor a painful one-and-a-half stars out of five in 2001, the late film critic declared the film “a two-hour movie squeezed into three hours, about how on December 7, 1941, the Japanese staged a surprise attack on an American love triangle.”

I’ve learned as much about writing from reading his film reviews as I have from perusing money pages, so, as the Oscars approach this weekend, it’s once more time to ask what film can teach us about money in return.

Patience is a virtue (or so the saying goes), but readers may be surprised just how long it can take a director to complete a project. Notable examples from recent history include Avatar, which took director James Cameron an entire decade to complete, but there are plenty of others. Francis Ford Coppola’s apocalypse Now (1979) was besieged by so many delays (including Martin Sheen having a heart attack) that there is an entire documentary about the problems the production faced. My all-time favourite, though? boyhood, the 2014 Richard Linklater film shot over 12 years in a bid to capture character transformations. It takes time.

It Can Happen to Anyone

The con artist movie is a tried and tested format. Fans of the older stuff will think of Gillian Hepburn in Sylvia Scarlett (1935), or perhaps Robert Redford in The Sting (1973). In the modern era, Robin Williams’ Mrs Doubtfire (1993) was arguably a confidence trickster of sorts, as was Jordan Belfort in the based-on-a-true-story finance epic Wolf of Wall Street (2013). Add to that Danny Ocean in Ocean’s 11 (2001), Jessie Eisenberg in Now You See Me (2013), or Ian McKellen in The Good Liars (2019) and there’s plenty to reflect on. My all time favourite? Leonardo DiCaprio again, with the wallet confidence trick in Catch Me If You Can (2002). It strikes Tom Hanks’ cynical FBI agent completely off guard, and shows how easy it can be to get scammed.

Some of the best films ever made were completed on nothing more than a shoestring budget. Kevin Smith’s iconic “buddy” film clerks (1994) was put together with just $27,575 in the bank, but became a cult hit after production house Miramax took on its distribution. It grossed over $3 million, despite never playing on more than 50 theater screens at the same time. Rotten Tomatoes gives it an average rating of 7.5/10, and describes it as “the ultimate clarion call for slackers everywhere to unite, and, uh, do something, we guess?” You don’t need a big budget to do things well. You don’t even have to be that motivated.

See also  Johnny Depp vs Amber Heard: Trial has made me realize that dogs are better than people

Sometimes paying extra gets you extra. Sometimes it doesn’t. Pirates of the Caribbean: On Stranger Tides (2011) was the most expensive movie ever made when it was released, having cost nearly half a billion dollars. But it’s as forgettable as the Kings of Leon’s sixth album, or the single Katie Price released in a bid for pop fame. You can add to that list of pricey flicks the James 2008 Bond flop Quantum of Solace ($200 million), 1997’s Speed ​​2: Cruise Control ($110 million) and the truly terrible (and disastrously reviewed) 2019 live action musical remake of cats, which thankfully was the cheapest of the lot. That film in particular was a true lump of coal.

You Don’t Need Any Help From the Boys

Jodie Foster won the Oscar for best actress in 1992. The film? Silence of the Lambs, a gritty horror pitting FBI trainee Clarice Starling (Foster) against Anthony Hopkins’ cannibal serial killer. There are countless other examples of great films with brilliant female leads. But forget singular leads. Thelma and Louise gifted viewers with one of the strongest female double acts of all time in 1991, in the form of Geena Davis and Susan Sarandon. Quite apart from it being a searing indication of the fear felt by women forced into impossible situations, it also features one of the strongest plot journeys ever committed to film. Released in a year otherwise dominated by masculine theatrics (Backdraft, Point Break, Terminators 2), Thelma and Louise remains an unfortunately all-too-refreshing calling card for solidarity.

There just isn’t the space to mention all the brilliant films featuring standout performances from kids here, but I can think of a brief list at least. Natalie Portman in Leon: The Professional (1994); Henry Thomas in ET (1982); or Dokata Fanning in the 2004 remake of man on fire. My favorite of the lot? Little Miss Sunshine, whose casting is near enough perfect. Abigail Breslin plays the central role as Olive, a determined pageantry participant desperate to make it to the finals of her heat. Featuring a breakout performance from the now-famous Paul Dano, and the captivating Steve Carell as a depressed uncle on the brink. 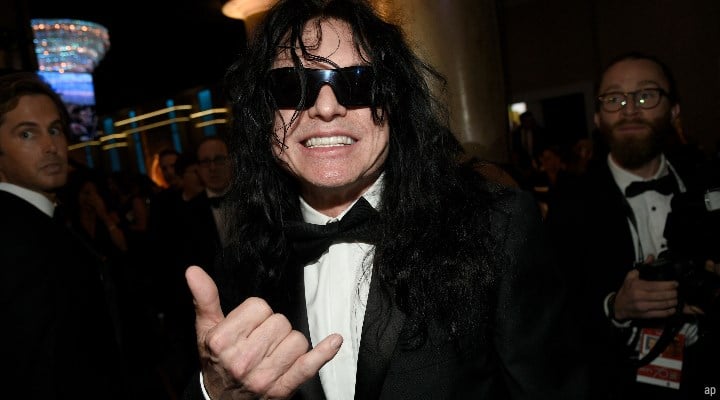 If The Plan Is Too Complex, It Isn’t A Plan

And if you were wondering how long it would take me to mention The Room (2003), here’s my take. The bizarre and utterly shambolic result of writer/actor/director Tommy Wiseau’s enigmatic desire to make the world’s best romantic drama, The Room‘s many failures include loopy digital and film shots, a set bedecked with images of spoons, and leitmotifs frankly so idiotic they make Love Actually (also released 2003) progressive look. In the 20 years since actors gurned at the disaster artist’s efforts, this weird film has turned into a cult classic, though it is obviously an exception to the rule. Hundreds of less chaotic films have failed. If the plan is too complex, it isn’t a plan. Less is more.

Some Things Are Too Risky

All investing involves risk, and the same can be said of film, particularly if you like life at the sharp end. 2014’s comedy shocker Interview has arguably been dwarfed by much more serious events, but at the time it sent shockwaves through Hollywood, and one production company in particular. Apoplectic at James Franco and Seth Rogan’s depiction of journalists recruited to assassinate North Korean dictator Kim Jong-Un, anonymous hacktivists broke into Sony’s servers and leaked several emails from the company’s bosses. They also threatened to attack US theaters running the film. The Department of Homeland Security said that attacks were unlikely, but the fallout was enough to spook Sony into pulling the film from general release, wasting tens of millions of dollars spent on production and advertising prior to its launch. Don’t bite off more than you can chew.

We Get Ahead of Ourselves

You can definitely put Love Actually on a list of films that have aged poorly, but there are others. Widely considered a classic reflection on unbearable suburbia, viewers these days find it hard to watch American Beauty (1999), just as they do American Pie (also released in 1999), or (to lay some blame at the door of the British) the frankly horrifically cringeworthy Johnny English (2003). All of them were hyped and sold as the next best thing at the time. None has really survived the test of time.

The Best Ones Last

A Note To Readers

Morningstar is looking to trial a new initiative where UK readers can jump on an informal half-hour Zoom call for coffee and a catchup. It’s our opportunity to find out what you think is significant in finance and investing, so we can better tailor our work to your interests. If you’re keen, email the editor at [email protected]