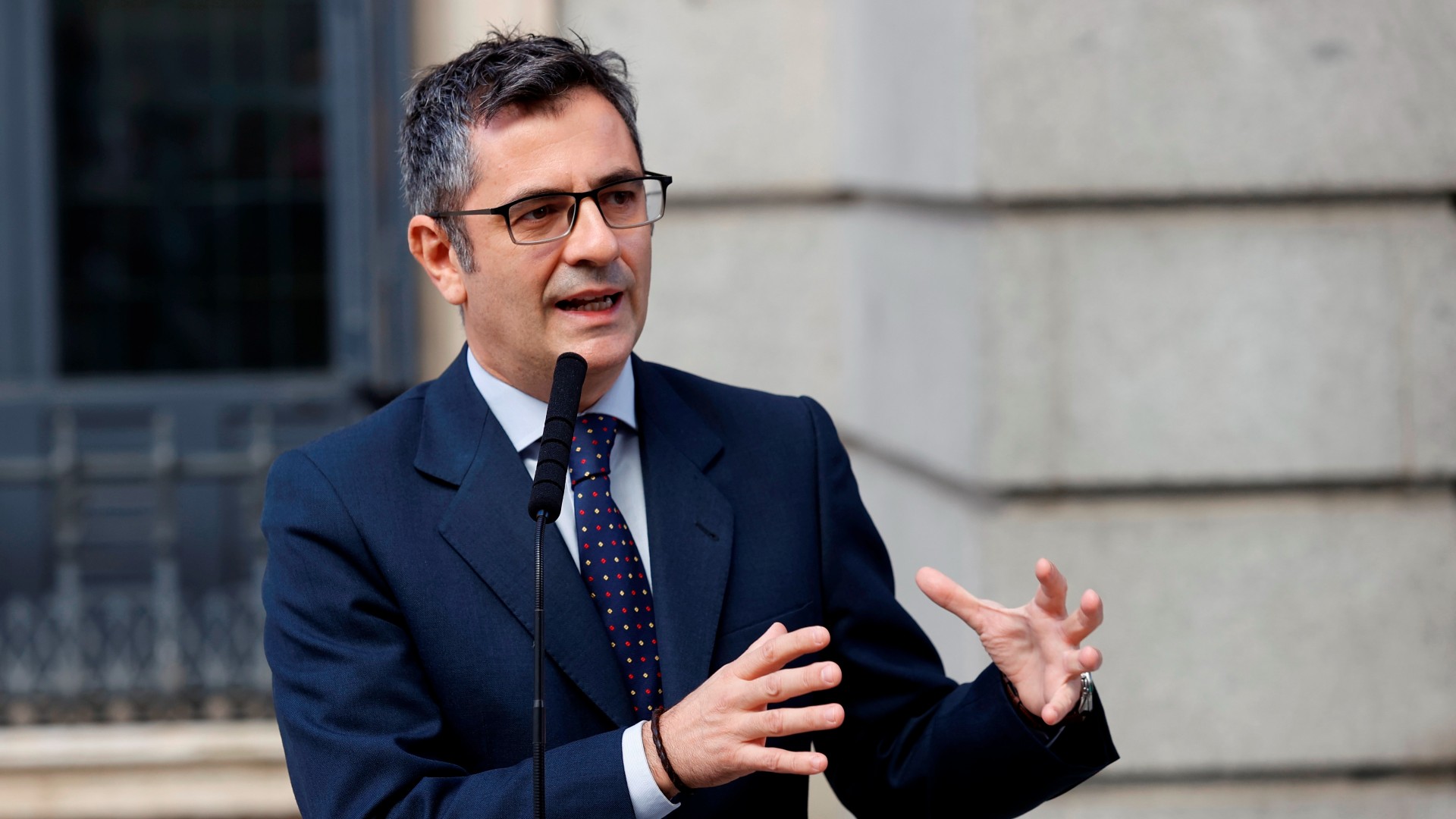 The amendment presented jointly by PSOE and United We Can to the Democratic Memory Law has lifted the latest controversy between government partners, which raise the scope of the same in a different way and whether or not it will allow the crimes of the Franco regime to be judged.

The Minister of the Presidency, Relations with the Courts and Democratic Memory, Félix Bolaños, assured this Thursday that what the Democratic Memory Law promoted by the Government does, and the amendments agreed between PSOE and United We Can, is not repeal or leave The 1977 Amnesty Law has no effect, but quite the opposite, because what it does is ratify its validity and reaffirm that it must be interpreted in accordance with international treaties.

Therefore, Bolaños has admitted that when the new rule comes into force, the legal situation in Spain will remain exactly the same that now, which is the one that has existed since 2002, when the Rome Statute of the International Criminal Court was ratified and it was established that the law should be applied in accordance with international law.

“No change. What can be done when the law comes into force is exactly the same as since 2002,” he wanted to make clear, in an interview on Onda Cero, in which he acknowledged that the difficulties that now exist to judge the crimes of the Franco regime will remain the same, and that they have to do, in his opinion, with the non-retroactivity of criminal legislation.

Later, Executive sources have indicated to Efe that what has been done with the amendment is to try to open a path that, beyond this law, allows the investigation and prosecution of the crimes of the Franco regime.

United We Can: Justice will now have to prosecute Francoist crimes

For his part, the deputy spokesperson for United We Can, Enrique Santiago, has defended that the amendment introduced to the Democratic Memory Law does open the door to prosecute the crimes of Francoism and end “impunity”, with no option to apply amnesty as mandated by international law. In this way, he has claimed that this addition is the “clearest way” to ensure that the courts can judge war crimes, genocide, torture or crimes against humanity committed by the regime that can be investigated in the courts.

He believes that with the amendment a “express mandate “for the judiciary to apply international law and end impunity for Francoist crimes.

“On the amendment to the Memory Law, some note:

International law dictates that serious crimes against the International Community (genocide, torture, against humanity and war) cannot go unpunished. They are imprescriptible and amnesty never reaches them“

Santiago, in statements in the corridors of Congress, explained that until now the judiciary “has been hiding” in the amnesty law so as not to end impunity “and what the new Democratic Memory law does is” remove the impediments “What was there to be able to prosecute these crimes. In this way, Santiago pointed out, mechanisms are put in place so that” impunity in Spain stops being an anomaly.

In any case, the leader of Unidas Podemos has said that the end of the impunity of the Franco regime does not depend on them or on Bolaños, but on the courts, and that both his training and the PSOE have done their job by including this criterion in the regulation stating that all Spanish laws, including the Amnesty Law, will be interpreted and applied in accordance with international and humanitarian law.

The key is in this paragraph of the amendment: “All the laws of the Spanish State, including Law 46/1977, of October 15, on Amnesty, will be interpreted and applied in accordance with conventional and customary international law and, in particular , with the International Humanitarian Law, according to which war crimes, crimes against humanity, genocide and torture are considered as imprescribable and not amnestiable ”.

Thus, Bolaños reduces the scope of this amendment insisting that “this law does not touch anything” because it is not an “organic law” and has reiterated that the Spanish Constitution says that “our laws cannot be retroactive”, while United We can believe that it will have legal consequences and “opens the clearest way” to “lift the obstacles that the judges have encountered to end the impunity of the Franco regime.”

The Association for the Recovery of Historical Memory (ARMH) has considered the amendment insufficient and urges to repeal the Amnesty Law of 1977 “if they have the true objective of ending the impunity of the Franco regime.” The memorialists believe that if this law remains in force, the judges will be able to make use of it to “continue refusing to investigate the crimes of the dictatorship.”

ERC is not convinced either and they have accused both PSOE and United We Can of “deceiving the people” with the amendment and of “selling smoke.” For the Republicans, the only solution is to change the Amnesty Law, as proposed in their amendments, together with other pro-independence parties, and that only then would there be guarantees to be able to judge the “Francoist torturers” in Spain.

Several constitutionalists consulted by Efe do not see anything clear that the amendment to the Democratic Memory Law agreed by PSOE and Podemos opens any door to judge the crimes of Francoism, not only because of the survival of this norm, but because the Constitution itself closes this path. Specifically, article 9.3 of the Magna Carta guarantees the “non-retroactivity of the unfavorable or restrictive sanctioning provisions of fundamental rights” and the “legal security”, precepts that are presented as an authentic wall before which it is not possible to reopen cases or judicialize the acts of the Dictatorship.

There are rulings of the Constitutional Court itself that have already made it clear that this route is not possible. Last January, he denied protection to the former general secretary of the PCE Gerardo Iglesias for the police torture he suffered during the Franco regime, precisely under arguments supported by this same article. The magistrates ruled that Iglesias’ complaint, for events that occurred 50 years ago, was based on alleged crimes against humanity that were not classified in the Penal Code until 2003, without its retroactive application being possible.