Skip to content
Home News PSC, ERC and Junts unblock the renewal of TV-3 and other public organizations | Catalonia 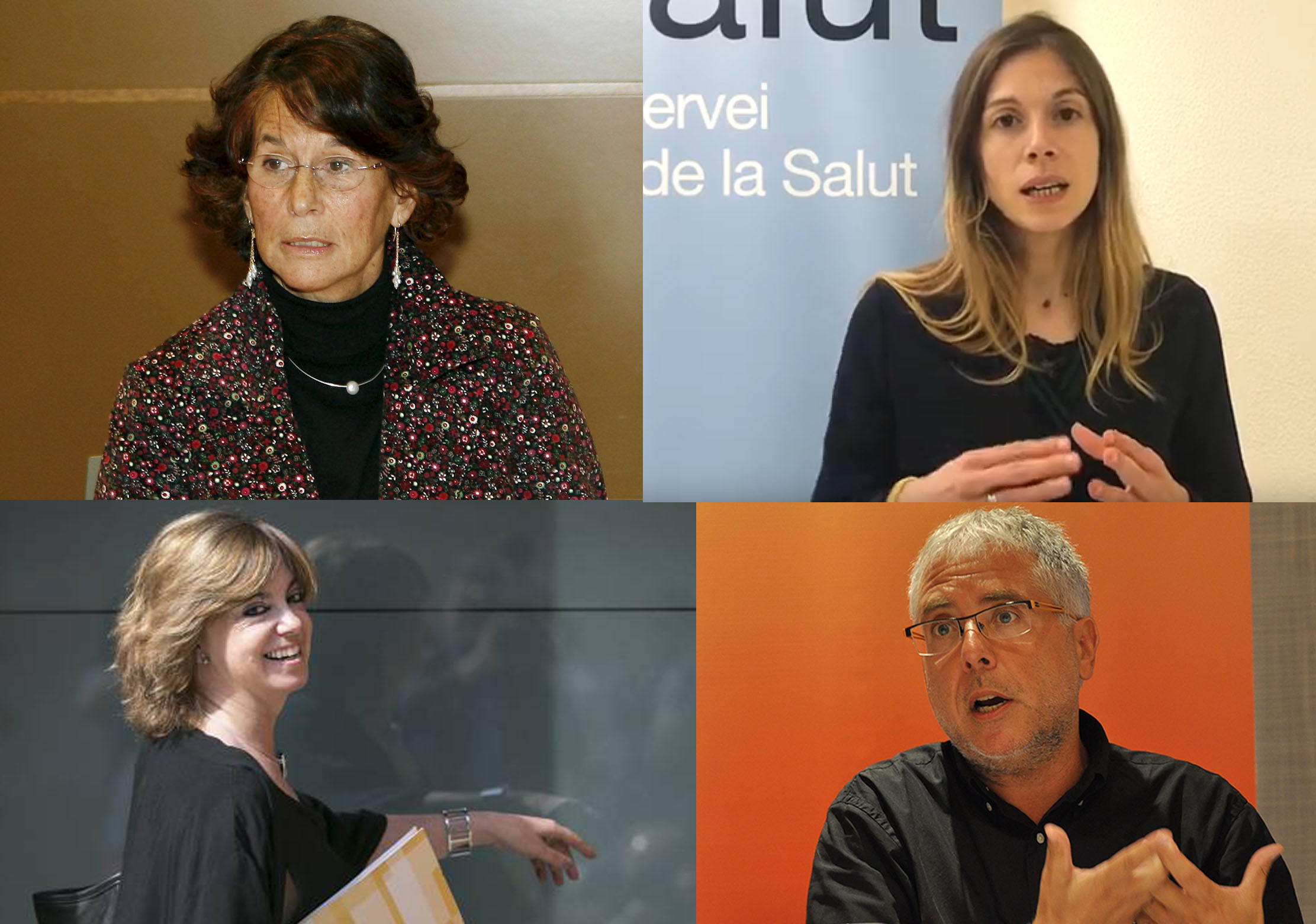 The Partit dels Socialistes de Catalunya (PSC), Esquerra Republicana (ERC) and Junts have reached an agreement this Wednesday that marks a change of course in Catalan politics. The three largest parties in Catalonia have circumvented the bloc conflict that the last decade has determined to reach a renewal pact of the main bodies in functions dependent on the regional Parliament. PSC, ERC and Junts will propose to the Chamber the names of the seven members of the Governing Council of the Corporación de Medios Audiovisuales (CCMA), the new Síndica de Greuges, the Audit Office and the director of the Catalan Authority of Data Protection, among others.

Esther Giménez-Salinas, professor and former rector of the Ramon Llull University, is the person chosen to take over from Rafael Ribó as Trustee of Greuges, the ombudsman of Catalonia. Giménez-Salinas is a renowned jurist. It has been signified in public writings by conciliatory positions with sovereignty and constitutionalism. Ribó, on the contrary, has been harshly criticized by the opposition, which accuses him of having acted to support Catalan nationalism during the frustrated process of unilateral independence.

Rosa Romà, director of the marketing, innovation and citizenship area of ​​the Catalan Health Service, will be proposed as president of the CCMA, the body that controls TV-3 and Catalunya Ràdio. Romà is also dean of the College of Marketing and Communication of Catalonia. Romà is ERC’s commitment to lead the profound technological and content reform that it wants to apply at the CCMA. The presidency of the Corporation has been determined since 2012 by Convergència i Unió and its heirs from Junts.

As vice president of the CCMA, Junts has placed the former Minister of Culture Àngels Ponsa. The rest of the councilors of the CCMA will be Lluís Garriga, Gemma Ribas, Lluís Noguera, Carme Figueras and Pep Riera. The pact between the three parties has been based on the election by ERC of two of these professionals, two by the Junts and three by the PSC. ERC has provided the names of Romà and Noguera, former Secretary General of Culture of the Generalitat; Junts has included that of Ponsa and that of Pep Riera, a deputy of his parliamentary group. The PSC has introduced the journalist Gemma Ribas, Lluís Garriga, CEO of Xarxa, the media network of the Barcelona Provincial Council, and Carme Figueras, former councilor of the Generalitat, to the CCMA Council.

The agreement also includes the five new components of the Catalan Audiovisual Council (CAC), which will be chaired by the director of The Point Today Xevi Xirgo. This journalist, a prominent communicator in Catalan nationalism, maintains a good relationship with the president of Junts, Carles Puigdemont. The rest of the CAC councilors are the journalists Rosa Maria Molló, Miquel Miralles, Laura Pinyol and Enric Casas.

ERC, PSC and Junts also include former Minister of the Interior Meritxell Borràs as director of the Catalan Data Protection Authority in the pact. Borràs was one of the policies condemned in 2019 by the Supreme Court in the trial for the illegal referendum on self-determination of 2017 and the subsequent unilateral declaration of independence. In a joint statement, the three formations also advance that “in the next few hours” the names that will occupy the management body of the Audit Office, the Council of Statutory Guarantees and the Commission for the Guarantee of the Right of Access to the Public information. In total, there are more than 25 institutions dependent on Parliament, which has a hundred positions waiting to be appointed. Both the President of the Generalitat, Pere Aragonès, as well as his members of the Junts and the leader of the opposition, Salvador Illa, promised to renew these positions in office before the end of the year.

Project to reform the CCMA

ERC, Junts and PSC add among the three 98 deputies out of a total of 135 seats, which gives them enough weight to approve the candidates with the required qualified majorities. The text of the agreement includes a document for the reform of the Catalan public media model, a requirement of the PSC, which has emphasized the need to improve the plurality of TV-3 and Catalunya Ràdio. “The CCMA must strengthen the founding spirit and the will for broad consensus that allows it to reactivate all government mechanisms to face the challenges that lie ahead”, indicates the agreed document: “Fulfill its public service missions and enhance trust and the credibility of Catalan society as a whole ”.

The alliance between the three formations breaks with the block policy that Catalonia has suffered in the last decade between independence and constitutionalist forces. The agreement to approve in plenary session this Thursday the Generalitat’s budgets between the Government and En Comú Podem is a sign of the change of cycle, as is ERC’s support for the central government. But an entente between the socialists and the independence coalition is a major step forward. ERC and Junts still consider the socialists defenders of a regime that represses the independence movement in an authoritarian way. Both parties even promised in writing in the last regional elections not to come to power with the support of the PSC.

From this moment on, the candidates for the positions must comply with the respective previous qualification processes; Predictably, next January will be when they will be submitted to the vote of the plenary session of Parliament. The negotiations have taken place during the month of December shielded by a high level of discretion that has prevented leaks. The first meeting for three was organized last November by EL PAÍS in a debate on the future model of the CCMA. ERC deputy Raquel Sans assured on that occasion that the objective was to try to broaden the consensus to En Comú Podem and the CUP. The three formations have ruled out adding other groups to their conversations to speed up the process and prevent the blockade from being perpetuated. The spokesman for the Commons in Parliament, David Cid, has charged against the pact in a message on Twitter: “Distribution of chairs between ERC, Junts and PSC, with the majority of party profiles and non-professionals referring to communication. Some names cause embarrassment. New opportunity lost by the plurality of the Catalan public media and its institutions ”.