Skip to content
Home News Provincial elections of 2019 in Álava, Bizkaia and Gipuzkoa

The Basque Nationalist Party (EAJ / PNV) would win the provincial elections in Álava, Bizkaia and Gipuzkoa, improving its results from the 2015 provincial elections, according to the EiTB Focus opinion study carried out by Gizaker for Euskal Irrati Telebista.

The data is extracted from the macro survey what was done between the 14th and the 21st of last May in the three territories of the Basque Autonomous Community (CAV), practically one year before the municipal and foral elections.

The PNV would win in Álava increasing the intention to vote by 4 points and taking first place from the Popular Party.

eh Bildu It would also improve its voting intention by 2 points, placing itself as the second force.

The PP it would lose 4.4 points in voting intention and would fall to third position.

United we can would lose a point staying in 4th place, followed by PSE-EE which would also drop a point and a half. 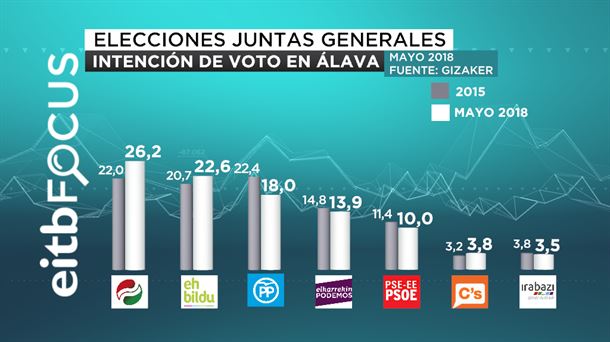 This is the assessment that respondents make of the management of the current government team and the opposition in Álava. 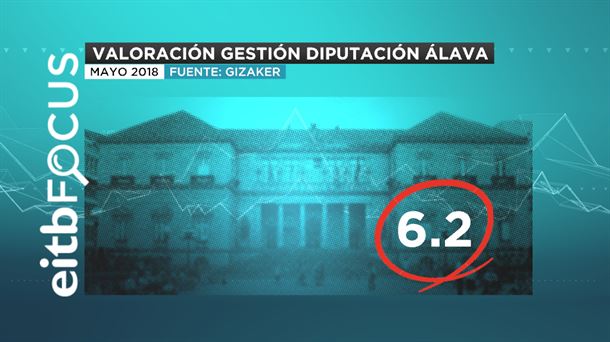 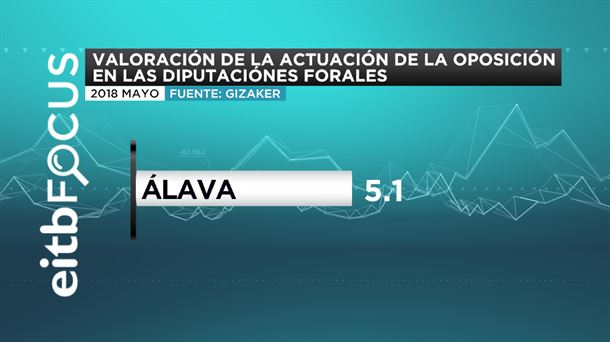 On Bizkaia the PNV It would improve its voting intention by 5 points, surpassing the 40% barrier and thus reinforcing its first position.

eh Bildu it would be consolidated as the second force with 19.7% of the intention to vote.

United we can, PSE-EE and PP they would present a downward trend losing between 1 and 2 points. 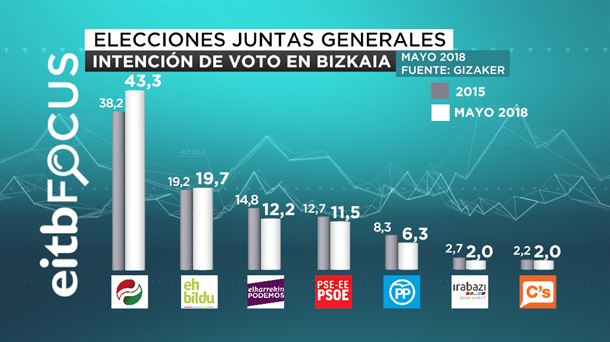 EiTB Focus also offers the notes that the Biscayan grant the provincial executive and the work of the opposition. 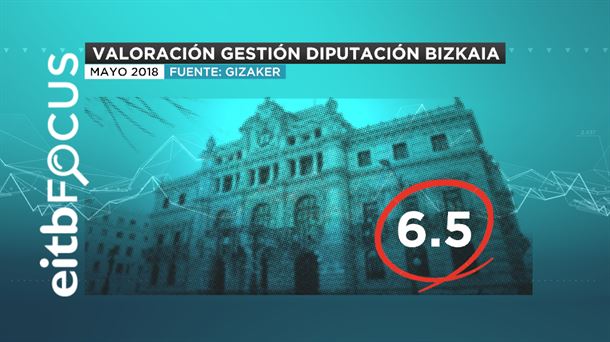 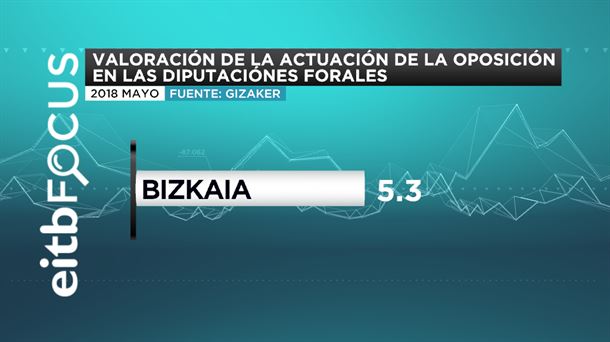 Gipuzkoa, is the territory where the highest PNV with 6.8 points more than in the previous elections.

eh Bildu it would remain as second force with 1.4 points more in voting intention.

PSE-EE, United we can and PP with losses of around two points, they would maintain the order of their positions. 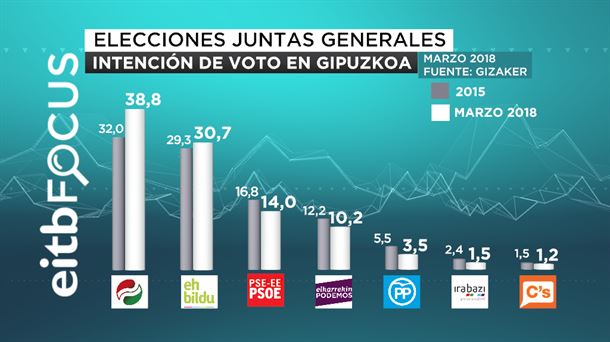 Regarding the evaluations of the work carried out, these are the notes that Gipuzkoa puts on its Provincial Council and the opposition. 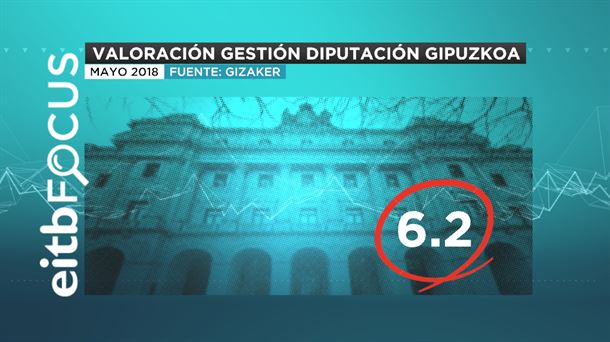 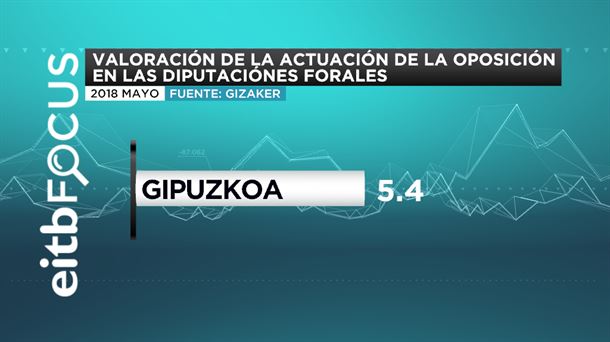 EiTB Focus has also asked about the valuation of the three general deputies, lto management of the Provincial Councils usually, his work on particular issues and that of the opposition. These are the results: 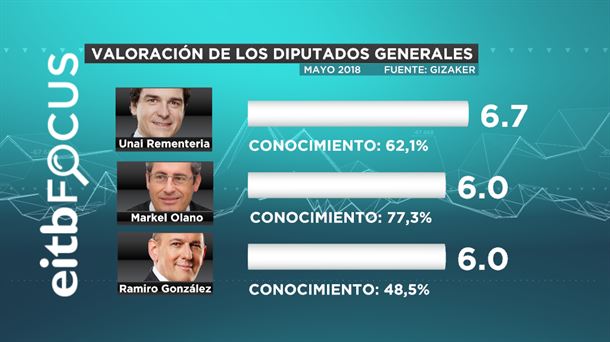 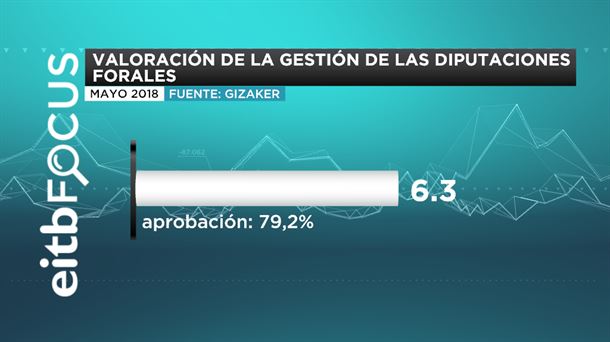 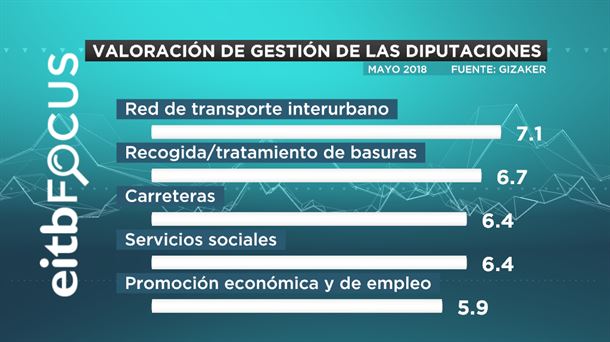 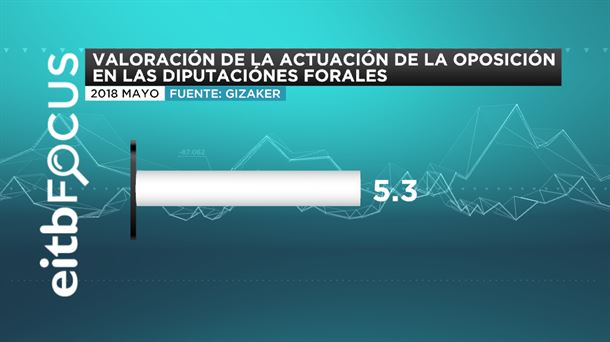 In addition to questions related to voting intention, the survey included questions about the assessment of institutional work and of the pacts between the PNV and the PSE-EE in Euskadi. 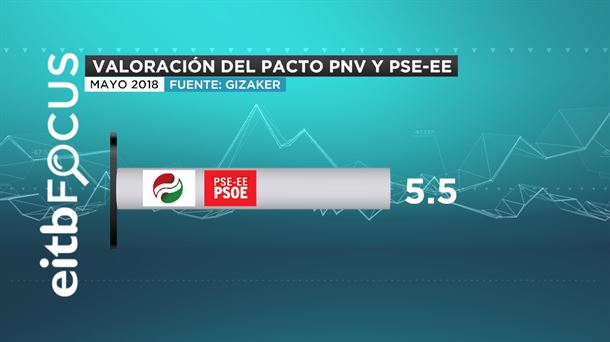 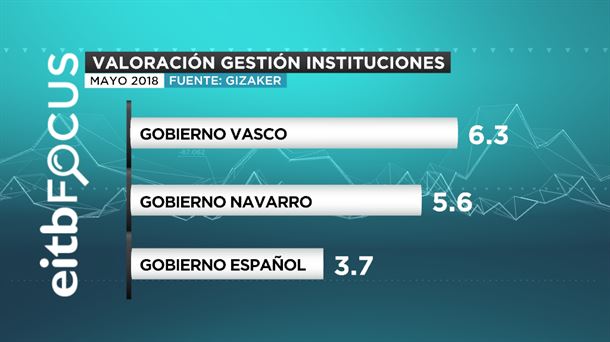 Random sample stratified by Historical Territory, municipality, sex and age. 21.7% of the surveys have been carried out in Basque and 78.3% remaining in Castilian.

Total results weighted by population size of the surveyed municipalities.

The field work was carried out during the days May 14-21, 2018, by telephone interview.