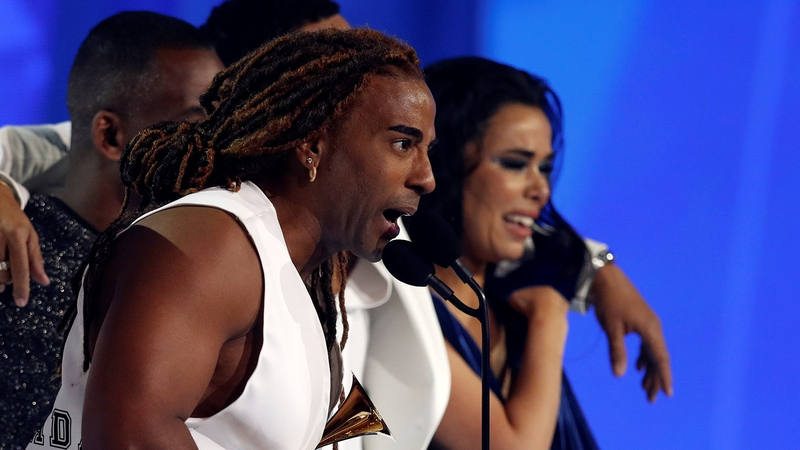 Best song of the year and Best song of the year. The Latin Grammys awarded “Patria y vida” a preeminent place in their record and the echoes of their political claim have resounded across the planet. The theme, composed of Yotuel, Gente de Zona, Descemer Bueno, Maykel Osorbo, El Funky, Yadam González and Beatriz Luengo accompanied the historic anti-regime protests last July. Before performing it on the Las Vegas stage, El Funky proclaimed: “This song is dedicated to all political prisoners in Cuba“, while at the end of the performance everyone ended up shouting:” Long live free Cuba. “

The performance at the gala was preceded by an introduction by Gloria Estefan, one of the most visible faces of the Cuban opposition in Miami. “This song is an example of the power that music has to mobilize, inspire and unite under the promise of a better day, to continue sowing that hope, “he said before calling it a” hymn. “

What is the origin of the song? Published in February of this year, the title alludes to the classic motto of the Cuban revolution (“Homeland or death, We will win!”) And is a criticism of the lack of freedom on the Caribbean island: My people ask for freedom, no more doctrines. Let’s no longer shout homeland or death but homeland and life.

The video clip, which has more than 9 million views, shows the artists reciting verses on camera that denounce poverty and lack of freedom. The chorus calls for the end of the regime recalling its six decades of duration (from 1959 to 2020): It’s over now, you five nine, me, double two; (It’s over) sixty years locked dominoes.

Just a few days after the song was published, the newspaper Granma, an organ of the Central Committee of the Communist Party of Cuba, described the theme as “rag and coward” and its authors were labeled “rats” who sang “as if Cuba had not given them anything, as if they had become artists in Jupiter, as if they did not remember where they grew up and who embraced them for the first time “. At the same time they pointed out that the song”bogged down in hate, tries to change Cuba for a million views on YouTube”.

Also the singer-songwriter Silvio Rodriguez He described the subject as “mediocre” and “opportunistic”, delving into the disagreement with Yotuel, whom he criticized for using his song “Ojalá” on the subject “Ojalá pasa”, another critical portrait of the situation on the island that he released in 2019 .

On March 8, the rapper Maykel Osorbo, “El Osorbo“He broadcast live on Facebook a video prior to the arrest in which he verbally confronted security agents stationed on the street in front of his partner’s house. Later, he was released to be detained again in April along with El Funky, another of the authors of the song.After a new release, in May came the final arrest for Osorbo, who is still in prison accused of contempt and disobedience.

““Why? Why? Why is this? How long is this? ”Shouts Maykel Castillo (@MaykelOsorbo) while he is again detained by the Police. How long is this, dictatorship of #Cuba? Why? #PatriayVida #FreeMaykel https://t.co/VfTt97wm3i pic.twitter.com/laXXb946ab“

When in July, thousands of people demonstrated in Cuba, the title of the song began to be chanted and “Homeland and life “became the anthem of the protests. The “double two” of the refrain is already being projected by its creators into the future: towards the year 2022, the year in which they expect the Cuban regime to end.