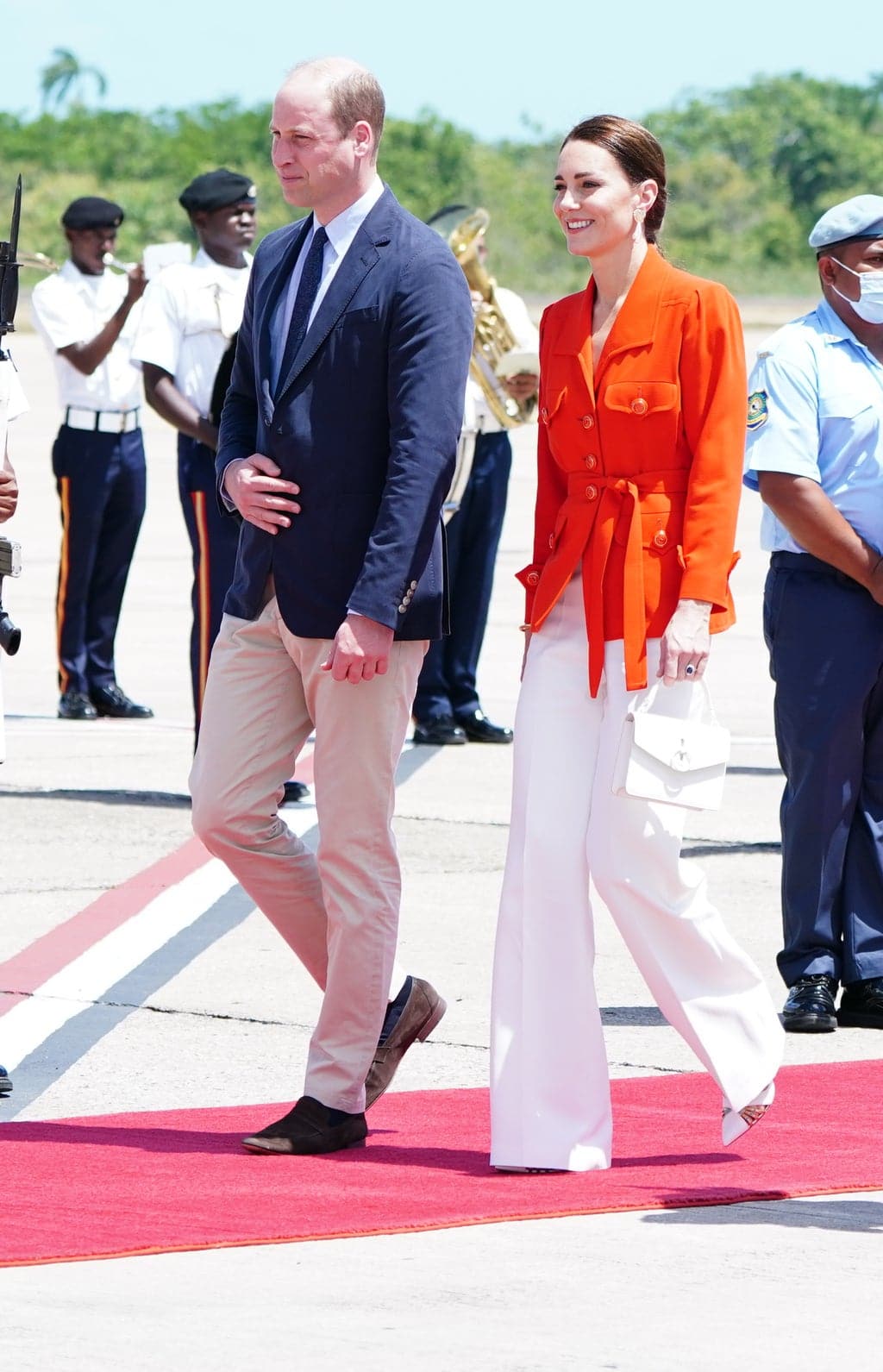 A Jamaican human rights advocate has said the Duke and Duchess of Cambridge are directly benefitting from their ancestors’ “blood, tears and sweat” and called for an apology as the royals were due to arrive on the Caribbean island amid protests.

Opal Adisa helped to organize activists outside the British High Commission building in Jamaica’s capital Kingston during the visit by William and Kate, to call for the UK monarchy to pay reparations for slavery and apologise for human rights abuses.

The Advocates Network coalition of Jamaican politicians, business leaders, doctors and musicians wrote an open letter detailing 60 reasons why the monarchy should compensate Jamaica, to mark the country’s 60th anniversary of independence.

Demonstrators were holding signs reading “Princesses and Princes belong in fairytales… not in Jamaica” and “apologise”, and holding copies of the open letter.

Ms Adisa, a retired professor in her 60s, is a gender specialist and human rights advocate who works with the coalition, and was keen to call the gathering a meeting of an advocacy network rather than a protest.

A copy of the open letter was handed over by representatives from the Advocates Network to someone from the British High Commission, the group said.

“The luxury and the lifestyle that they have had and that they continue to have, traipsing all over the world for free with no expense, that is a result of my great, great grandmother and grandfather, their blood and tears and sweat.”

She joined calls for an apology, and said the monarchy should provide “economic social reparation”, such as “building us proper hospitals, providing and making sure that our children are educated through college level, and making sure land is equally distributed”.

Ms Adisa said an apology is the “first step towards healing and reconciliation”.

She added: “You know, we don’t have anything personally against Kate and Prince William, and even the Queen, for that matter, but we’re simply saying you’ve done wrong, and it is way past time that you admit that you’ve done wrong and when you do, redressing it.

“The fact that our government is spending money to help provide security and finance for the duke and duchess, who are wealthy, is outrageous, it’s criminal.

“Because the Caribbean is fed up, the same thing happened in Belize. We’re just saying enough is enough, we’ve been quiet, we have been nice.

“Enough is enough, let’s deal with this racism and this discrimination.”

The protest began ahead of the Cambridges’ arrival in Jamaica on Tuesday, where they will stay until Thursday when they depart for the Bahamas.

Earlier on the tour there was opposition from villagers in Belize, who cited a range of issues including objections to the Cambridges’ helicopter landing site, which forced a trip to a farm on Sunday to be scrapped.

It was replaced with a visit to a chocolate producer before the couple traveled to the cultural center of the Garifuna community in Hopkins.