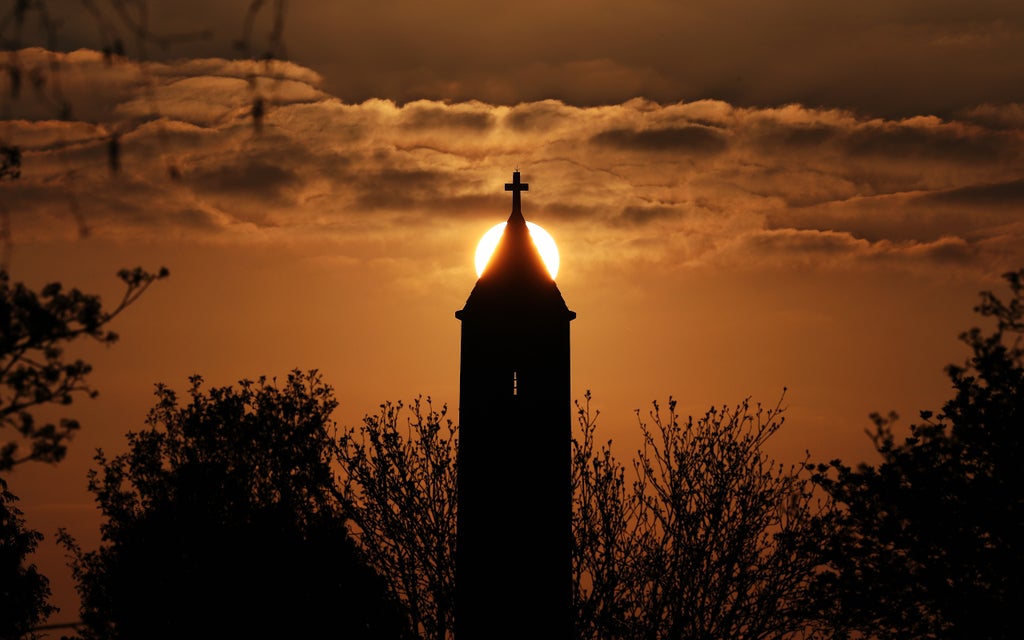 A protest has been held at Glasnevin Cemetery after a decision to “discontinue” a memorial wall that would have marked the deaths of British soldiers, civilians and IRA volunteers killed during the years of the Irish revolution.

The small protest, attended by the families of some of the civilians who died during the period as well as RTE broadcaster Joe Duffy, came after the Dublin Cemeteries Trust made the decision following repeated acts of vandalism at the wall.

It had been planned that the wall would bear the inscription of the name of every person who died or was killed in the revolution and conflict in Ireland between 1916 and 1923.

However, it had proved controversial after it was decided to include the names of British security force members who died.

In a statement, a spokesperson for the trust said: “The board of Dublin Cemeteries Trust, following several acts of vandalism to the Necrology Wall within the grounds of Glasnevin Cemetery, which caused significant damage, has made the decision, with great regret, to discontinue the Necrology Wall element of its 1916-1923 remembrance activity.

“The damaged Necrology Wall will be replaced by plain black granite panels on a date yet to be finalized. The original wall on which the Necrology Wall is inscribed has been in place since the inception of the Glasnevin Cemetery Visitor Center in April 2010.

“It is the firm view of Dublin Cemeteries Trust that if the wall were to be repaired for a third time it would be vandalized again. Dublin Cemeteries Trust is not in a position to cover the costs of continually repairing the wall or in the position to provide the security that would be necessary to ensure its protection, nor to guarantee the safety of staff and visitors in the case of further attacks. ”

The spokesperson said that while a review process looked at a range of options to repair and preserve the wall, “no option could provide a viable, long-term solution, given the inevitability of further attacks”.

The spokesperson said the trust will “continue the process of researching the names and stories of those who died because of the conflict during this period in Irish history”.

He added that “remembrance and reflection of this time period will be continued by the trust in other formats”.

That decision was criticized by those in attendance on Friday.

Mr Duffy, a near-daily presence on Irish airwaves who has written a book on the children killed during the 1916 rebellion, said any decision to discontinue the wall was effectively giving in to vandals.

He said it was a “shocking” decision.

“It’s a wall of necrology. There’s no judgment. It’s for everyone to come and look at the wall and do their own reflection if they wish.

“We’re a mature society and the fact that two or three, I don’t know what they call themselves, got in with sledgehammers and a bucket of cheap old paint, and they destroy this thing in perpetuity, is just horrific.

Ann Baker, whose husband’s cousin Eleanor Warbrook was 15 when she was killed during the Easter Rising, said: “This wall here, everybody, no matter who they were, was remembered.”

She said it was wrong to say the cemetery “can’t afford security”.

Todd Boehly on the verge of officially completing Chelsea takeover