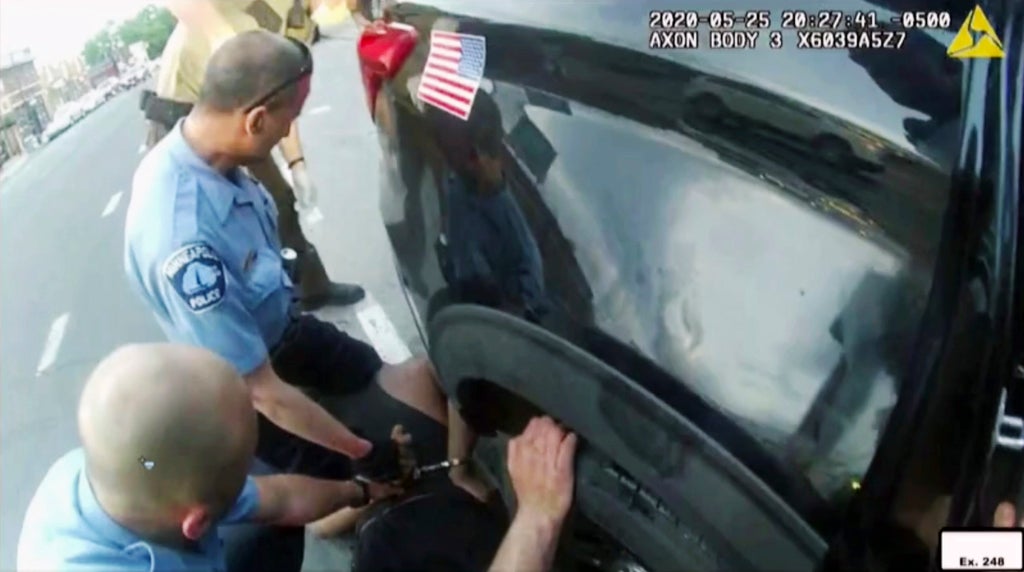 Once the prosecution remains in the trial of J. Alexander Kueng, Thomas Lane and Tou Thao, defense attorneys will start presenting their witnesses. The attorney for Lane has said his client will testify. Attorneys for Thao and Kueng haven’t said if they will.

The officers are charged with violating Floyd’s constitutional rights while acting under government authority. All three are accused of depriving Floyd, a 46-year-old Black man, of medical care while he was handcuffed, facedown as Officer Derek Chauvin pressed his knee onto Floyd’s neck for 9 1/2 minutes. Kueng, who is Black, knelt on Floyd’s back; Lane, who is white, held down his legs from him; and Thao, who is Hmong American, kept bystanders back.

Kueng and Thao are also accused of failing to intervene to stop the May 25, 2020, killing, which triggered protests worldwide and a reexamination of racism and policing.

The charges allege that the officers’ actions resulted in Floyd’s death.

Prosecutors began presenting their case on Jan. 24. The trial has included testimony from bystanders, doctors, police officers, an FBI agent and others. Prosecutors also have played bystander and body camera videos that show Floyd being restrained and eventually becoming motionless before being put into an ambulance.

Testimony has included information about police training, and what the officers should have known about their duty to intervene and their responsibility to provide Floyd with medical care.

Despite efforts to keep the case on track, Judge Paul Magnuson ordered a three-day pause after one of the defendants tested positive for COVID-19.

One of the prosecution’s key arguments has been that the officers were trained to provide medical aid in emergencies, and that Floyd’s situation had become so serious that even bystanders, including children with no medical training, knew something was wrong.

On Friday, Alyssa Funari testified that when she saw three officers on top of a man in the street, she parked her car and started recording because she had a “gut feeling” something was wrong.

“I observed that over time he was slowly being less vocal and he was closing his eyes,” she added. “He wasn’t able to tell us that he was in pain anymore. He was just accepting it.”

Prosecutors also showed snippets of bystander and police video with timelines and transcripts as Matthew Vogel, an FBI special agent, described the materials. The timelines and transcripts were meant to help jurors sort out the sometimes confusing videos that show a chaotic scene from different angles and capture different pieces of the officers’ conversations amid a noisy environment.

Chauvin, who is white, was convicted of murder and manslaughter in state court last year and later pleaded guilty to a federal civil rights charge.