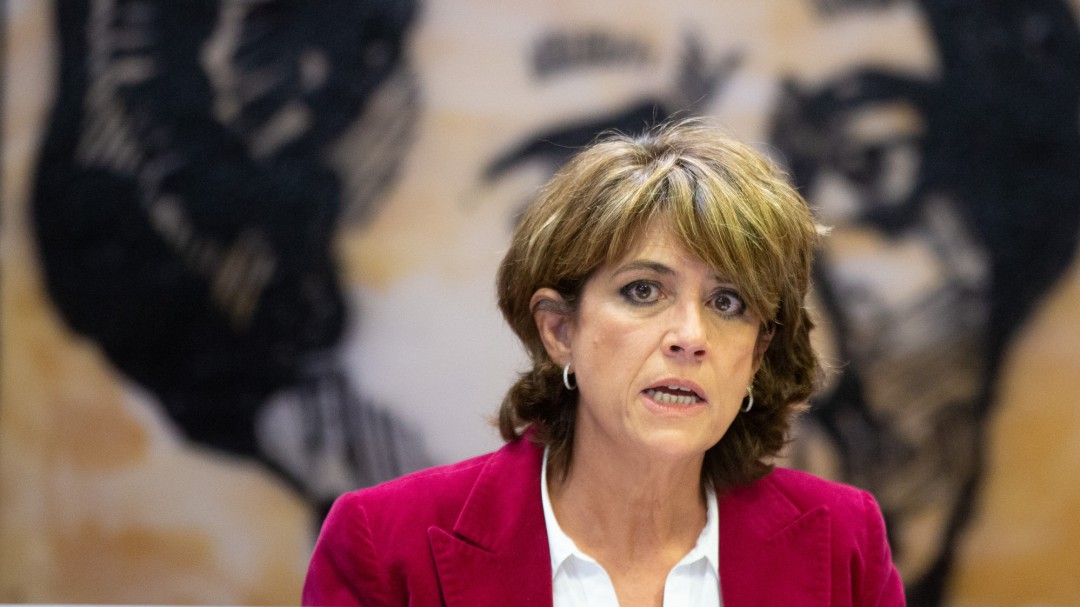 The Association of Prosecutors has demanded the “immediate” resignation of the State Attorney General, Dolores Delegado, “for lacking suitability due to his direct origin from politics and his conflicts of interest.”

In the opinion of this association, “the erratic and sectarian actions and decisions of Dolores Delgado have already caused serious damage to the prestige of the Public Prosecutor’s Office. Her permanence in office is incompatible with the impartiality and constitutional principles that govern our Institution.”

For this reason, he considers it necessary that “the procedure for the appointment and removal of the State Attorney General guarantees his independence from the Government, preventing the appointment of Prosecutors General from politics.”

This has been approved in their conclusions at the XXIII Congress of the Association of Prosecutors, held in Zaragoza under the slogan “In defense of our independence”, in which they also consider that the Justice system “is subject to a fierce delegitimization strategy” .

The Association of Prosecutors recalls, likewise, that the State Attorney General “has the legal obligation to abstain in all matters in which she has any type of personal or family interest or that affect politicians, including the impossibility of collecting information in those in which it should not intervene “.

He claims, “given the seriousness of the current situation of the Justice system, subjected to a fierce strategy of delegitimization, and in the face of the evident credibility crisis and the institutional irrelevance of the State Attorney General”, a new Organic Statute “that reinforces the autonomy of the Public Prosecutor’s Office, essential to undertake the investigation with guarantees “.

For the Association of Prosecutors, ministerial protection should be eliminated since “the institutional autonomy of the Ministry requires regulatory power to exercise its own powers of self-organization and budget management, including the training of prosecutors.”

They require that appointments based on “principles of merit and ability”

In addition, it requests “a strengthening of the functions of the Fiscal Council, as a body of democratic representation of the Career” and demands that appointments be based on the principles of merit and capacity, “abandoning the arbitrariness that prevails in the appointments of the Attorney General. of the State “.

In another of its conclusions, it calls for the “increase and adaptation of the workforce; establishment of maximum workloads; Occupational Risk Prevention Plan of the Public Prosecutor’s Office, review of salaries and productivity and updating of allowances”.

Likewise, the Association of Prosecutors claims “a study of the professional categories of prosecutors, as well as the horizontal career that leads to the elimination of the figure of the Prosecutor in expectation of destiny.” It emphasizes, “apart from the existing deficiencies in our institution,” that the members of the Public Prosecutor’s Office “fulfill their duty every day to promote the action of justice, from the impartiality and with full submission to the law.”